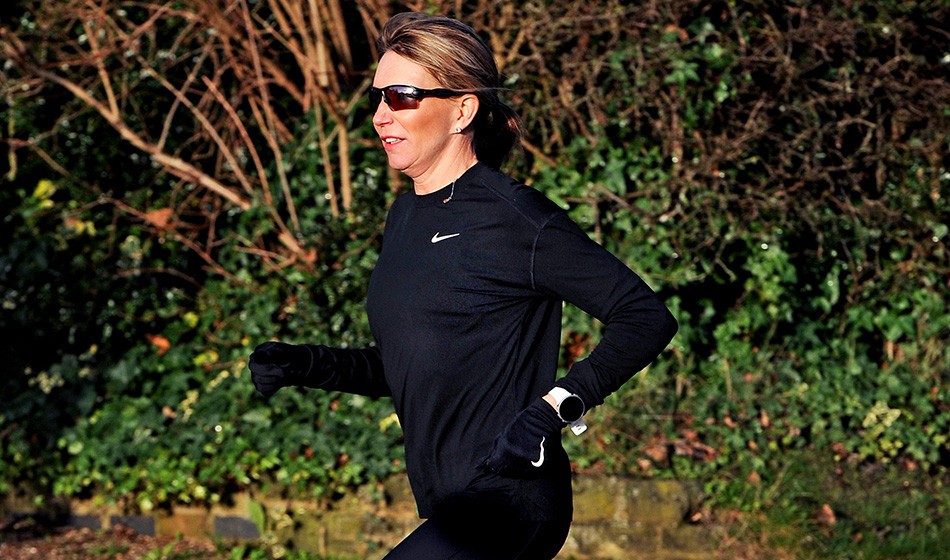 She may be an Olympic 3000m silver medallist, but Wendy Sly admits she had become “a bit of a lazy runner”. A half-hour run before work a couple of times a week was the norm but a new challenge has changed all that.

The determined and motivated mindset of an elite athlete has never left her and with a 60th birthday looming, Sly found a fresh focus – something that would allow her to give back to a sport in which she achieved so much, including a world 10km road title the year before her Olympic success.

Alongside her long-time friend and former 2:42 marathoner Sylvia Kerambrum, Sly signed up for the Virgin Money London Marathon and on April 28 they will run for the Ron Pickering Memorial Fund, but the duo are not going at it alone. Teaming up with sports tech company Polar and coach Nick Anderson, Sly – who oversees the production of AW in her role as managing director of Great Run Publishing – is learning to embrace a much more measured way to train, thanks to the new Polar Vantage V watch, and here both athlete and coach share insight into the journey so far. 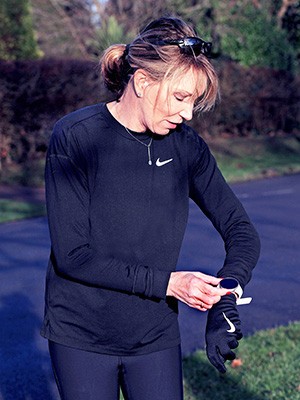 Despite my running background, I had become a little bit of a lazy runner. I was great at dashing out the door, running for half an hour, dashing back in, grabbing a shower and going to work, doing that a couple of times a week, and then running perhaps an hour with Sylvia on a Sunday.

Nick started setting proper training just before Christmas. I’ve had a couple of blips but in the main, I’ve stuck to the programme. I don’t want to stand on that start line not prepared. I want to enjoy it, for it to be a great experience and something to celebrate at the end.

The biggest change has been bringing in some different paced running. Part of the problem with running out the door for half an hour is you tend to go the same pace and I needed to build both my endurance base, so learn to run longer, and my overall fitness base, which is learning to run at pace.

I’ve got a great partnership with Polar and am now using a sophisticated watch for the first time in my career. Even up until last year I was the person that bought the cheapest watch they could find with basically three buttons – start, stop and return!

Running from the heart

During my running career I did quite a few lab tests so I was always aware of how hard I could push myself but in day-to-day training I didn’t really ever read my heart rate. I’d take it in the morning just to make sure that I wasn’t overtired but really that was about it.

I’ve been slightly surprised that I can push my heart rate as hard as I can push it, but I’ve also learned to back off a bit.

There’s something within elite runners which I’d call the ‘mad gene’ which means you’re pretty focused and determined and you can have the habit of running too hard, too often. I would probably put myself down as somebody who ran a bit like that.

This watch has enabled me to train smart. There’s not much room for junk running when you’re busy and when you’re
of an age where you need the recovery. Every run has to mean something.

Sly reflects on how her favourite sessions have changed over the past 35 years.

“My favourite sessions as an elite were 6x3min at race pace with 90sec recovery on the road. I also liked 12x300m with 1min jog recovery on the track as this was always a good fitness indicator.

“Now I’m enjoying the 3-7min efforts with a short recovery, as it reminds me a lot of the above and I still like to push myself to where I’m really huffing and puffing. It’s a satisfying feeling to get home having done one of those sessions!”

I think Wendy is starting to realise now that this is all very possible and she is enjoying the routine. I always know when someone is enjoying it because they start getting cross and upset if they are missing a run!

Each week she does a threshold session of some kind, something like 3x10min or 5x5min. I generally also set either a fartlek or a faster interval session once a week. Then she does a run before breakfast each week which is slow and easy, working more on getting energy from stored fats and carbohydrate, and her long run.

We’ve been building the long run up by no more than 10-15 minutes each week. From February onwards sometimes her long runs will include her target marathon pace (four hours) in blocks. She might do something like 2x5km built into it at her planned marathon pace and that will build.

Wendy is obviously quite old school in a technology sense and she’s enjoying having GPS and pace data from her Vantage V in front of her.

Because she comes from a 1500m/3000m/5000m/10km background, she had a tendency from years ago that if she was doing a session, she had to do it really hard. By using the heart rate monitor built into the watch, it has enabled her to back off and train in the right zone.

Recently she did 5x5min at threshold and she did it in a really nice zone, she felt really good and she enjoyed it. A few months ago, she would have tried to push that too hard and she would have gradually got slower or she would have had to work harder to stay in the same zone. 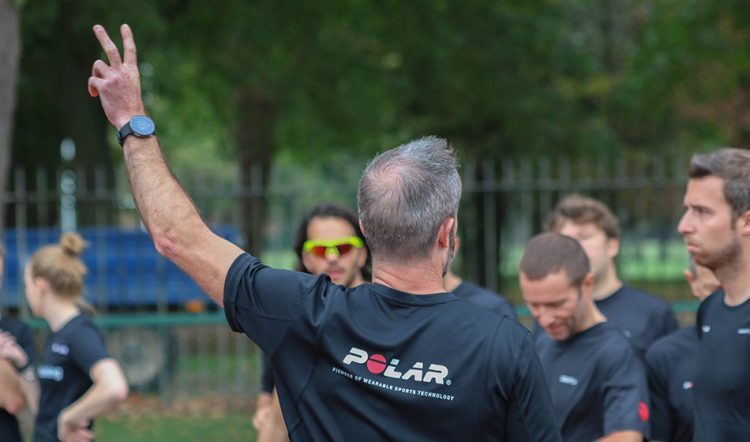 Wendy is starting to also track her power output, seeing this increase in harder sessions and as she is getting stronger.

She is learning how to monitor her own body. A lot of the sessions she does are much longer than she used to do and more at the top of the aerobic zone, which is threshold running, rather than being anaerobic, which is harder VO2 intervals, which she used to do. She can see her pace improving which is great because that’s giving her inspiration and motivation and it’s like a pat on the back from the watch.

Wendy is a real role model because she is very busy and  is fitting training in around working big hours and travelling a lot. My next goal with her is that in the next two months, because training is going to get longer and harder, I want her to focus more on slightly better quality sleep and recovery. She’ll be tracking her heart rate and sleep data so that we know she is recovering. She can put her Vantage V in sleep mode and on days that she is really tired, the watch will show that and she can maybe move her training around a bit.

The Vantage V can tell from sleep data and training metrics combined that if the training is outweighing the quality of recovery, you are overreaching and at that point you’re very susceptible to illness or an injury.

Here’s an Olympic silver medallist who knew what her body felt like and was brilliant at pushing and training really hard – imagine if she had had that technology available to her when she was training all those years ago. She probably could have been even better! It just shows you how technology has changed.

» The Polar Vantage V breaks new ground as the first watch to track running power from the wrist. Find out more at polar.com/uk-en/vantage/v

» See uk.virginmoneygiving.com and search for Wendy Sly to offer your support for her marathon challenge