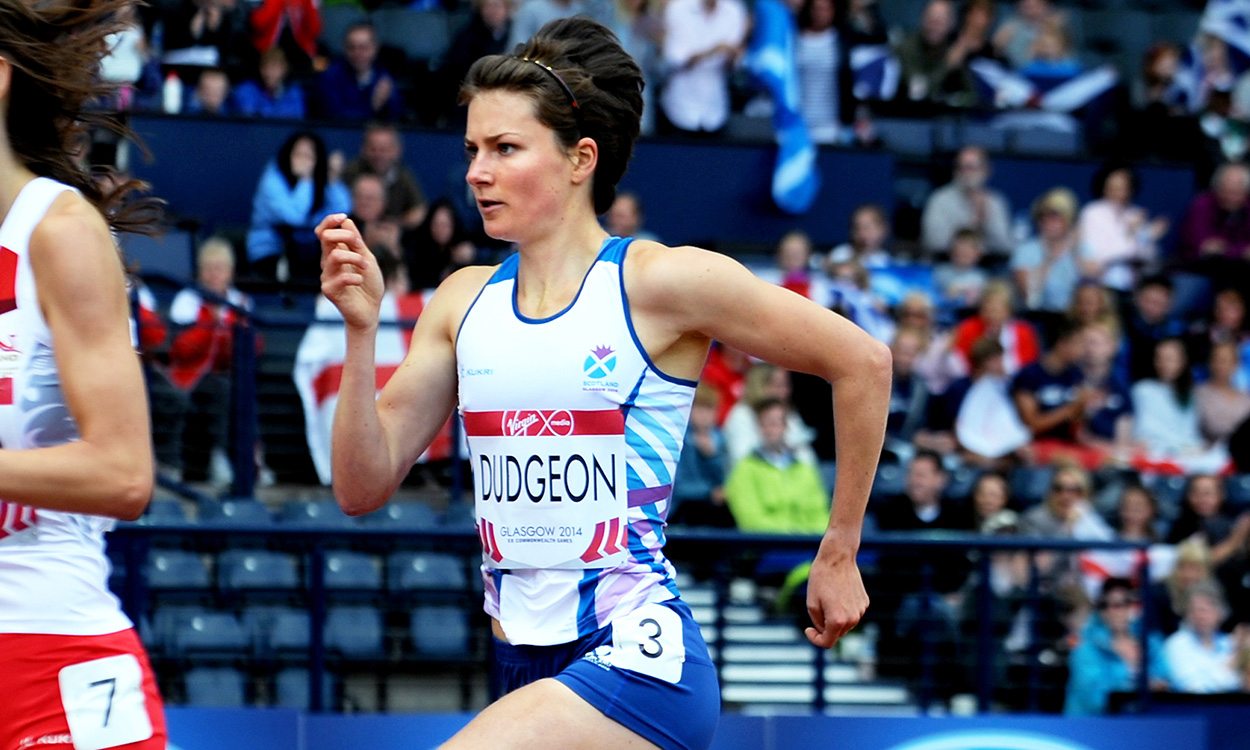 Nobody could fail to have been moved by the recent revelations by Bobby Clay (available to read here), who wrote bravely and honestly about the struggles she has faced with injuries related to the female athlete triad or, as it is now known, relative energy deficiency in sport (RED-S).

Sadly, as devastating as her story is, it is nothing new. One of the greatest tragedies in athletics is the prospect of each generation of developing athletes making mistakes that their predecessors made.

So, what must change during 2018 to prevent yet more recurrence of Clay’s predicament?

It’s a question being posed by the British Milers’ Club, which is attempting to address RED-S and related issues through its rapidly-expanding mentoring scheme.

A recent online discussion pulled together a panel of some of these and other experts to try to hammer out thoughts and ideas that might help the sport move forward. Here’s their report.

Carolyn Plateau: Ex-GB junior 800m runner based at Loughborough University researching the causes and impact of disordered eating in athletes and developing screening tools and resources to help identify when athletes might be at risk of the female athlete triad via overtraining and underfuelling.

Jennifer Walsh: Former GB international junior 1500m and cross-country runner who has struggled as a senior athlete primarily due to stress fractures and injuries associated with the female athlete triad. 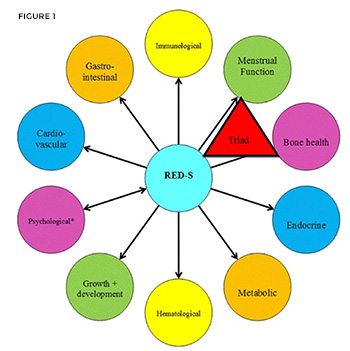 Low energy availability impacts on a wide range of body processes beyond just menstrual function and bone health, and that critically the impacts extend to both male and female athletes – hence the term ‘relative energy deficiency’.

This term has somewhat superseded the more gendered notion of the female athlete triad: this involves the continuum of three factors – disordered eating, amenorrhea (the absence of the menstrual cycle) and osteoporosis (reduced bone density and quality). (See figure 2).

What is ‘disordered eating’?

The warning signs of disordered eating (see figure 3, below) may include sudden changes in weight, changes to eating habits such as cutting out major food groups and avoiding eating with others. This can potentially lead to excessive fatigue, frequent niggles and illnesses plus the appearance of compulsive or excessive exercise habits.

These behaviours may be triggered by a range of factors including the perception of critical comments from coaches, parents, athletes or peers; perceived poor performances and misconceptions about the correlation between weight and performance in competition.

Those deemed at ‘high risk’ of falling into this trap tend be undergoing puberty and may be suffering excessive levels of performance anxiety. Often they tend to have a psychological disposition which leads them to be overly rigid and ‘fixed’ when it comes to exercise routine.

Bruinvels has disclosed: “I was terrified of puberty! It needs to be appreciated that having a menstrual cycle is a normal, natural process that symbolises being healthy. It isn’t just about blood loss, it is all about the change in hormones.”

The need for cultural change in athletics

The issues are compounded by the fact that an athlete with RED-S may initially find they are performing well and appear to the uneducated eye to be healthy despite the hidden process of overtraining and underfuelling. Indeed, an athlete’s Body Mass Index (BMI) may be “normal” despite under-fuelling and despite them placing themselves at risk of poor outcomes long term.

“It is important to get across that the unhealthy habits and image don’t always come across as extreme (I wasn’t one of those skeletal athletes) yet they were having a damaging impact,” said Jennifer Walsh, a former English Schools champion who has also suffered the consequences of RED-S and has spoken openly about it in AW in recent months.

Even if the support group around the athlete does perceive there to be a potential problem, there remains the difficulty in convincing athletes of the long-term risks associated with their practices.

“Be prepared for denial,” stresses Plateau. “The athlete may not yet recognise that they have a problem, but knowing that someone is concerned can be enough to get them thinking about it. Do keep communicating and reiterating your concerns.”

1. As a female athlete am I aware of the health benefits of a regular menstrual cycle and the need to seek medical advice if I have not had a period by the age of 16?

2. How do I reflect on my training schedule in terms of frequency, intensity and duration of work to make sure I am avoiding the effects of over-training?

3. In what ways does my training diary record other indicators which may suggest RED-S may be a factor in terms of weight, lack of ability to recover between sessions, poor concentration and depression?

4. Am I prepared to commit to long development and progression in the sport? Am I aware that pursuing short-term success can put my long-term development at risk?

1. In accepting that I want the female athlete to be open and honest about menstrual health, how comfortable am I in talking about this appropriately?

2. In what ways does my communication with the female athlete reinforce the positive health benefits of a menstrual cycle?

3. As a coach, how do I ensure variation in schedules to avoid the effects of overtraining. For example, drill/circuits/cross training sessions?

4. What mechanisms are available to me to spot signs of RED-S in terms of illness, injury, excessive fatigue and poor psychological health of the athlete?

5. As a coach how am I remaining faithful to the principle of ‘athlete-centredness’ by building towards long-term goals rather than short-term success?

» Emily Dudgeon, who ran for Scotland in the 800m at the 2014 Commonwealth Games, is leading the BMC’s mentoring scheme. Matt Long is editor of BMC News magazine. For more, email: [email protected]