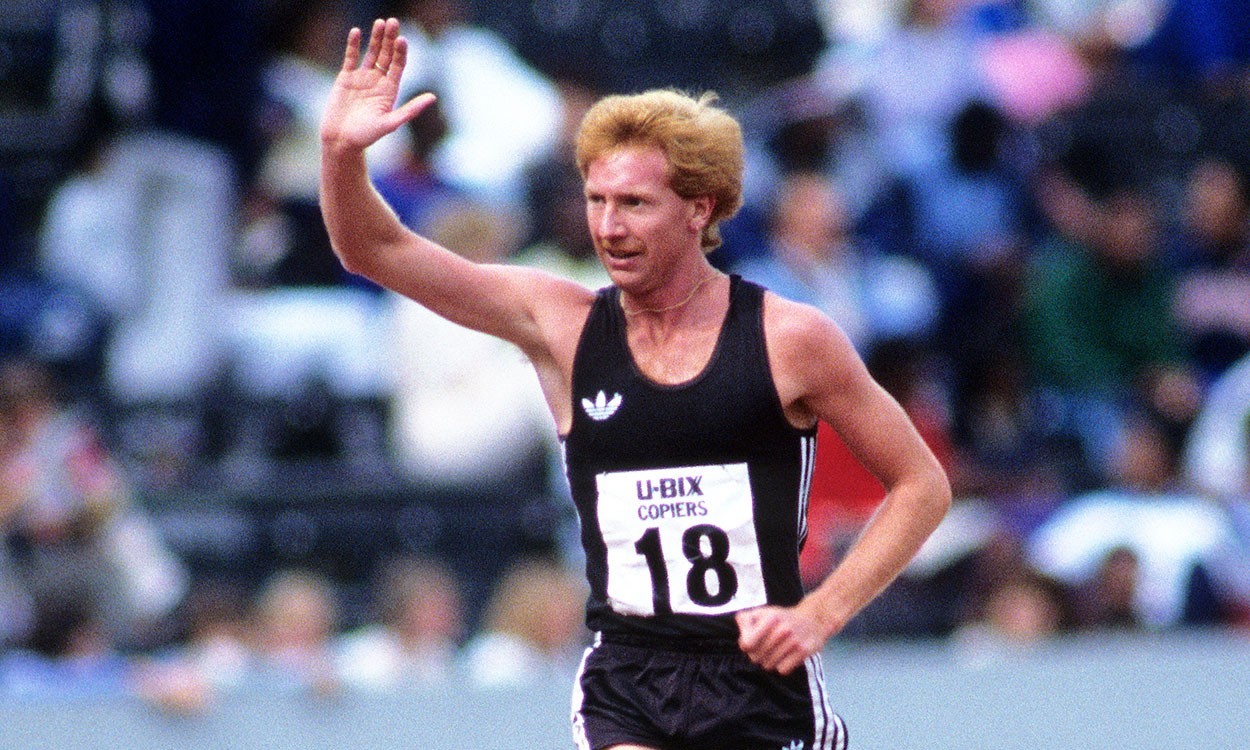 Peter Elliott claimed 1500m silver at the 1988 Olympics, having taken world 800m silver the year before, and here he tells Emily Moss about the training that took him to the height of his powers

Of all the sessions Peter Elliott completed, it is one of the shortest that he recalls as his ‘killer session’.

About three times through the summer season he would complete 4x400m, with 4min recovery, each repetition run at the speed he was aiming to complete the first lap of an 800m race, so 50-52 seconds.

“Before I started this session, I always looked where the nearest bin was, as I knew my head would be in it at the end of the session. I knew that afterwards I would struggle to stand up,” he says.

“If you were hitting the times requested, this session was guaranteed to swamp your body with lactic acid by rep three and the fourth rep was a sea of lactic for the last 40m. I just wanted to get it done, as I knew how hard it was going to be and wanted it out of the way as quickly as possible.”

It was crucial, though, in that it helped him establish his fitness level, and as much as he did not look forward to it, Elliott is a strong believer that you cannot always train in a comfort zone.

“I always looked where the nearest bin was, as I knew my head would be in it at the end of the session”

“The pyramid session was focused on putting in the work and building the endurance bank balance so I could cash it in during the summer months when I was competing,” he explains.

Fitting with his training philosophy of ‘train hard, race easy’, Elliott recalls one occasion he completed a killer session. “I remember my sponsor came to the track to watch the session and as I was lying on the floor with my arms and legs burning with lactic, I saw him on his phone calling for an ambulance,” Elliott says. “I stopped him and I said ‘Mr Cook, this is the job’.”

The Yorkshireman did most of his training at the Dorothy Hyman Stadium in Barnsley, usually with his coach in attendance for the key sessions. “I had five coaches throughout my career, who all brought different elements to my success: Steve Moxon and Bill McRobb in my early years, Wilf Paish from 1980 to 1988 and Pete Watson with Kim McDonald from 1988 to retirement,” he says.

Clearly an athlete who thrived off fast training, Elliott’s favourite training session was 200m, 400m, 600m, 400m, 200m with 3min rest between and he liked to do this in the week before a big race.

He was known as being a grafter and not one to shy away from hard work. Away from the track, Elliott would complete his longer runs at 5:20 pace if he was running on his own and he would never run slower than six-minute mile pace, regardless of who he was running with.

Working full-time for British Steel for many years, he would get up at 5.30am to go out running before work and train again after work in the evening. From 1988-1992 he worked 12pm-4.30pm, giving him more time to train and at a more convenient time.