Lorraine Moller on the value of kinaesthetic learning for runners 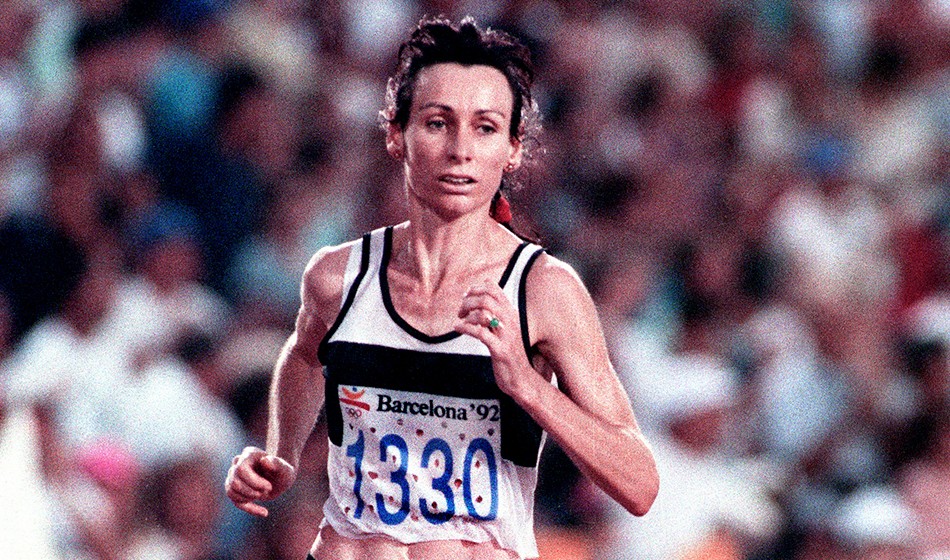 In returning to the city of Barcelona, the Olympic bronze medallist takes Matt Long and Colin Lancaster to the forgotten land of kinaesthesia

The digits on the electronic clock move past 2 hours and 27 minutes as a familiar athlete sporting the famous black and white colours of her native New Zealand senses she is on the cusp of realising a lifetime’s ambition. There is no need to look over her shoulder, for her sensory system tells her she is more than two minutes in credit over her chasing rivals Sachiko Yamashita of Japan and the German Katrin Dorre.

After two decades of international competition which began with a fifth place over 800m at the Christchurch Commonwealth Games way back in 1974, this athlete has become habituated to hearing the whispers of her own body. The number 1330 is visible on her vest as she emerges from the darkness of the stadium tunnel and she is momentarily blinded by the lights of thousands of camera flashbulbs, with the crowd now on their feet.

The voice of the Kiwi TV commentator is now audible with emotion as he yells in delight: “This must be her greatest day!” There is a sense of disbelief that an athlete whose chronological years number 37 is about to get one over ‘Old Father Time’ and roll back the stone in a career that critics said was dead and buried, by resurrecting herself with a place on an Olympic podium. But this is an athlete whose whispers from the body told her not to listen to the extraneous voice of the ‘Doubting Thomas’  who would cast stones but to instead hear the internal beat of her body which sang that her biological and training ages would prove the adage that chronological age is but a number.

After touring the track to a crescendo of rapturous applause, she enters the home straight with New Zealand TV reassuring a nation that: “She’s familiar with the track”. Again she will not hear that voice, for she is tuned in to the internal commentary of her own body, which is gently stating words of affirmation as her mind flashes back to the bronze medals which she took at the Brisbane Commonwealth Games in 1982 over 1500m and 3000m.

Moments later, arms aloft in jubilation and relief and with the clock stopping at 2:33.59, Lorraine Moller has cemented her place in history by taking a coveted Olympic bronze medal.

The out and back run

Recently we looked at the view of Moller’s compatriot and fellow Olympic bronze medallist, Rod Dixon, with specific regards to the value of out and back running as a training tool. Here, the woman who followed in the footsteps of the great Kathrine Switzer as a true pioneer of positive action in the context of diversity in her sport, gives her thoughts on a mode of session which can have particular value with athletes having to be socially responsible and exercise near to the home during the pandemic.

When Dixon talked about how he progressed and regressed his sessions, we looked at his use of the Lydiard system in terms of perception-based ratios of effort. As well as endorsing this approach, Moller mentions the need to adapt depending on the weather and also if your out and back route perhaps on the trail involves a hill.

“If it’s windy or there’s a slight elevation change between the start/finish and the halfway point, try to arrange it so that the more difficult direction is negotiated first,” she says. “This will reinforce negative splits and you’ll walk away from the workout in a more positive frame of mind.”

One of the pivotal things that the four-time Olympian is keen to mention is the fact that out and back runs must be effected as part of a wider periodised package of training. In short, you must have an underpinning rationale for what you are doing and why you are doing it.

While initially guided by 1964 Tokyo Olympic 1500m medallist John Davies and latterly by 1976 Olympic 5000m silver medallist Dick Quax, as president of the Lydiard Foundation, Moller has always been heavily influenced by philosophy of the great Arthur.

She explains: “Lydiard training can be characterised as always starting with building an aerobic foundation first and foremost. As training progresses a runner gradually incorporates workouts to specifically add strength and speed into the programme.

“The goal is to have all the elements developed and coordinated by race day, so that the athlete can achieve a peak performance.”

So where exactly do out and back runs fit into this model? The woman who won the prestigious Osaka ladies marathon in 1986, 1987 and 1989 responds: “Out and backs were one of the cornerstone workouts of Lydiard’s training. They are generally first introduced to runners in Lydiard’s Phase One which was aerobic conditioning – as an introduction to structured runs.”

As well as their place in terms of a periodised approach to training, the athlete who placed fifth in the inaugural Olympic marathon in 1984 maintains that they are a vital part of what educationalists would call ‘kinaesthetic learning’.

The 1984 Boston Marathon winner has coined the notion of athletes listening to their ‘body whispers’ both as they train and compete. This approach has its intellectual foundation with the influential work of Neil Fleming and Colleen Mills (1992) who distinguished between four modes of learning style – namely visual, auditory, reading and kinaesthetic. This has become more popularly known as the VARK model.

We learn in a variety of ways through pictures, listening, reading and writing and actually doing things. This is linked to the notion of proprioception.

According to Jones (2000), proprioception, or kinaesthesia, is the sense though which we perceive the position and movement of our body. Much of this is filtered at the subconscious level and with regards to our pace as runners, we tend to have an intuitive perception of how fast we are going. Moller is adamant that out and back runs are instrumental in developing what we could call the ‘sixth sense’ of the runner.

“The importance of them is to teach runners the first skills in pacing and to dial in even or negative splits,” she says. “The pacing discipline of starting out slowly is valuable for marathon runners, in particular, to invoke a higher fat-burning zone.”

In some ways this call for the value of kinaesthetic learning not to be overlooked is indicative of swimming against the proverbial tide in an age of Strava, where the numerical and quantifiable appears to be king.

Moller reminds us: “Athletes don’t have the time or head space during a race to check their running data, make a cell phone call to their coach and wait for him to call back with instructions on whether to increase or decrease their pace after downloading it into a computer.”

To further the analogy she continues: “People stop forming and using their own cognitive maps once they regularly use GPS to find their way.”

The woman who took silver in the 1986 Commonwealth Games marathon in Edinburgh, setting a lifetime best of 2:28:17, implores athletes to consider that “your own inner technology is so much more sophisticated, speedy and accurate”.

“Once you get this pacing dialled into your subconscious, you have taken a massive step towards becoming a good racer,” she adds. “I can attribute many of my own marathon wins to this pacing skill gained from these workouts.”

Before signing off and burying herself in an invaluable role for the Lydiard Foundation, Moller says poignantly: “It’s about becoming fluent in the language of your physiology.”

So go back and revisit Saturday August 1, 1992, on YouTube and when you see the Barcelona Olympic women’s marathon you will see not just images and not just the words of an exuberant commentator but a woman who is in tune to the rhythm and rhyme of her own body whispers. It is more than just a language, for to see Moller that day was poetry in motion.