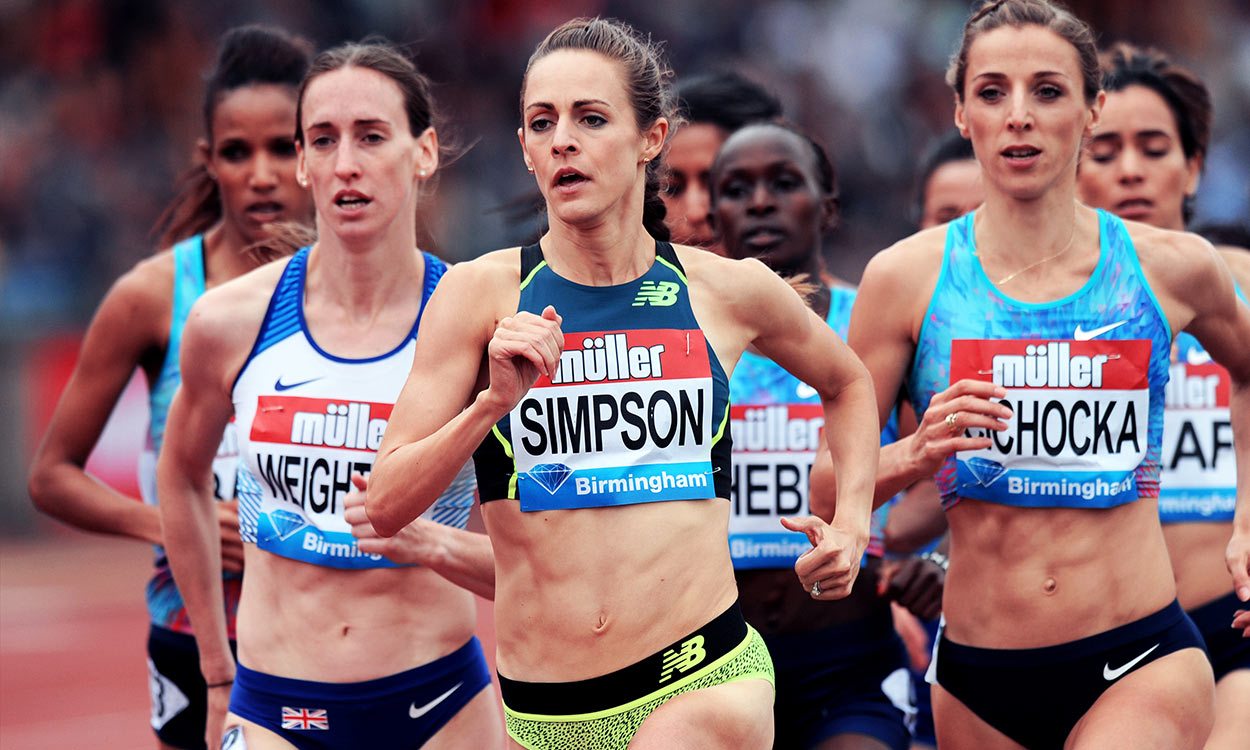 Jenny Simpson’s career has been long and illustrious and is one in which she has shown herself to be competitive on the world stage from 800m to 5000m and on the track, road and cross country.

Here the American shares some insight into the training that has helped her claim multiple global middle-distance medals.

Simpson describes her approach to training as “old-school and as normal as it gets”, while admitting that she runs high mileage for a 1500m athlete.

“Throughout the season I typically run between 60 and 80 miles per week, so I train more like a distance runner than a traditional middle-distance runner,” she explains. “I do a long run every week like 5 or 10km runners – by long I mean 12-15 miles. I really love long, aerobic work. That is tempo runs in the middle of the week, repeats on the track of distances longer than 400m – mile repeats on the track and stuff like that.

“Throughout the season I typically run between 60 and 80 miles per week, so I train more like a distance runner than a traditional middle-distance runner”

“I really like the longer, harder stuff,” adds the 31-year-old Heather Burroughs-coached runner. “What surprises people, coming from a 1500m runner, is that my least favourite workout in the entire world is when I am assigned 200m intervals. When I have to go on the track and run really fast, 30 seconds at a time, that is my least favourite thing to do.

“That typically surprises people because it’s such a bread and butter 1500m workout and the stuff you have to be good at for shorter distances. But if I was ever given that assignment with the option to do a long run instead, I would probably prefer to do the long run.

“I am in the gym twice a week but I just do it primarily for injury prevention. I think it is really good to ensure that you have a really strong foundation so that your body can really support the work that you are putting it through. But I don’t go into the gym with the intention of getting stronger and faster in the gym, I do that on the track. Primarily the gym is just rehab and injury prevention.”

» You can read more from an in-depth interview with Jenny Simpson in the September 7 edition of AW magazine, where the three-time world medallist talks about her journey in athletics