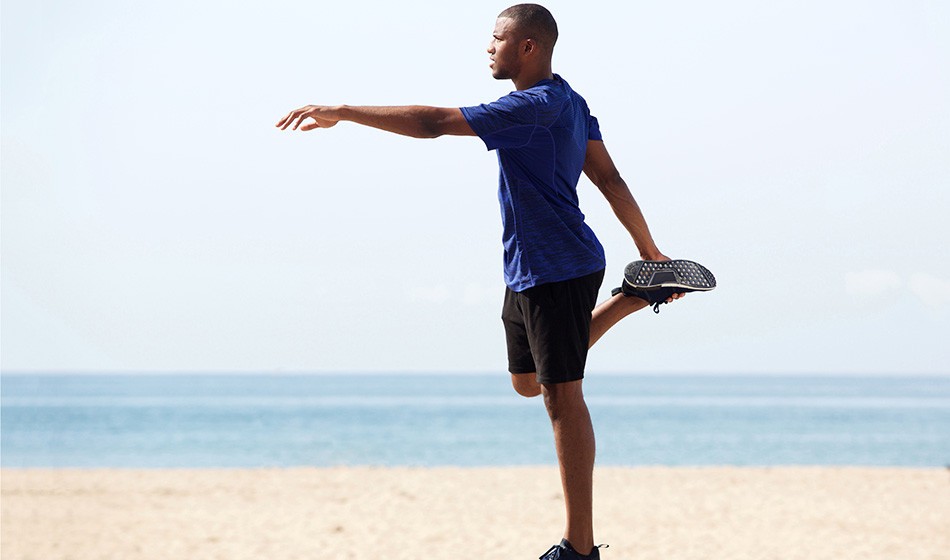 AW promotion: Balance is essential to performance and to healthy ageing. Here are some facts that may surprise you

Your body’s ability to balance is among the most important – yet often overlooked – aspects of training. In groundbreaking research being led by exercise scientists at Manchester Metropolitan University (MMU), physiologists are beginning to understand how and why it is essential we maintain and improve our powers of equilibrium.

Here we uncover some of the surprising facts that underpin your ability to stay upright:

Your brain – not your muscles – controls balance

It’s widely assumed that poorer powers of balance as we age are down to the loss in muscle mass and strength that occurs with age. But the brain plays a more important role.

In our twenties and thirties, we each have about 70,000 specialised nerve cells – motor neurons – in the lower part of the spinal cord that connect with our leg muscles to control balance and movement.

By the age of 75, 40 per cent of these motor neurons have been lost, resulting in lower levels of co-ordination and balance in people with all levels of physical fitness.

“It’s as much a part of ageing as greying hair,” says Jamie McPhee, professor of musculoskeletal physiology at MMU. “And there’s no evidence at all that staying fit even as a top level masters athlete will prevent the decline.”

In MMU research funded by the European Union and the UK Medical Research Council (MRC) and conducted with members of the British Masters Athletics Federation, McPhee and his team have identified a simple exercise as the most important in balance preservation.

They showed that young adults – even those who are not very athletic – can easily stand on one leg, eyes closed, for 30 seconds. By the time the average person is 70 years old they manage only four to five seconds doing the same test. In theory, the masters athletes who participated in the studies, some of whom were training for up to 14 hours a week, should have managed more than the general population of their peers, their superior muscle strength perhaps expected to provide a stronger base. But that was not the case.

Even with well-trained masters athletes, they found that those in their seventies could hold the position only for around seven seconds, which is not significantly better than average.

“It is appealing to think that regular exercise and training might prevent the death of motor neurons during ageing. Unfortunately, we found no evidence to support this idea,” McPhee says. “All older athletes (endurance and sprinters alike) showed signs of a similar degree of motor neuron loss.”

You should start balance training now

According to the MMU findings, the only way to hold on to balance and prevent falls is to practice balance-specific training.

Encouragingly, while the loss of motor neurons that control balance is irreversible, the master athletes studied by McPhee and his colleagues appeared better able to “rescue” muscles that had lost their nerve connection.

“This rescue is realised by the sprouting of nearby, healthy nerves, that can establish a new connection between the muscle and nerve,” McPhee says. “And athletes can also learn to better control the nerves that remain by practising new balance and co-ordination exercises.”

Starting balance training as early as possible – in your forties if not sooner – provides the best protection.

“We recommend you include it into your warm-up and cool-down programme,” McPhee says.

Try standing on one leg every day

Balance is needed in every aspect of sports performance, from spatial awareness (being aware of your body’s position in relation to what’s around you) to proprioception (the body’s sense of movement and position).

It aids jumping and prevents falls since our ability to stay upright is down to the brain knowing the precise position of the body, even when our eyes are closed.

“The brain knows what’s stable and what’s not,” McPhee says. “One of the simplest and most effective balance training exercises is to stand on one leg, eyes closed, every day. It sounds simple – until you try it.

“Once you can do the eyes closed single leg stand for several seconds, you need to challenge yourself more,” McPhee says.

“Try moving your centre of mass by swaying on one leg with eyes closed and then try tying your shoelaces on one leg.”

It is not just your times and distances that can suffer as balance diminishes. Your general health can take a downturn, too.

A study of people in their fifties by the UK’s Medical Research Council showed that those who could stand on one leg for 10 seconds with their eyes closed were the most likely to be fit and well over the next 13 years.

If they managed only two seconds, they were three times as likely to die before the age of 66.

Another study published in the American Heart Association’s journal Stroke by a team from the Centre for Genomic Medicine at Kyoto University School of Medicine in Japan asked 841 women and 546 men with an average age of 67 to stand on one leg for as long as they could.

They also had the health of their brain vessels evaluated using MRI scans.

The maximum time anyone managed the one-leg stand was 60 seconds, but those who wobbled before 20 seconds were found to have small blood vessel damage, which indicates “an increased risk for brain disease and cognitive decline,” the researchers said.