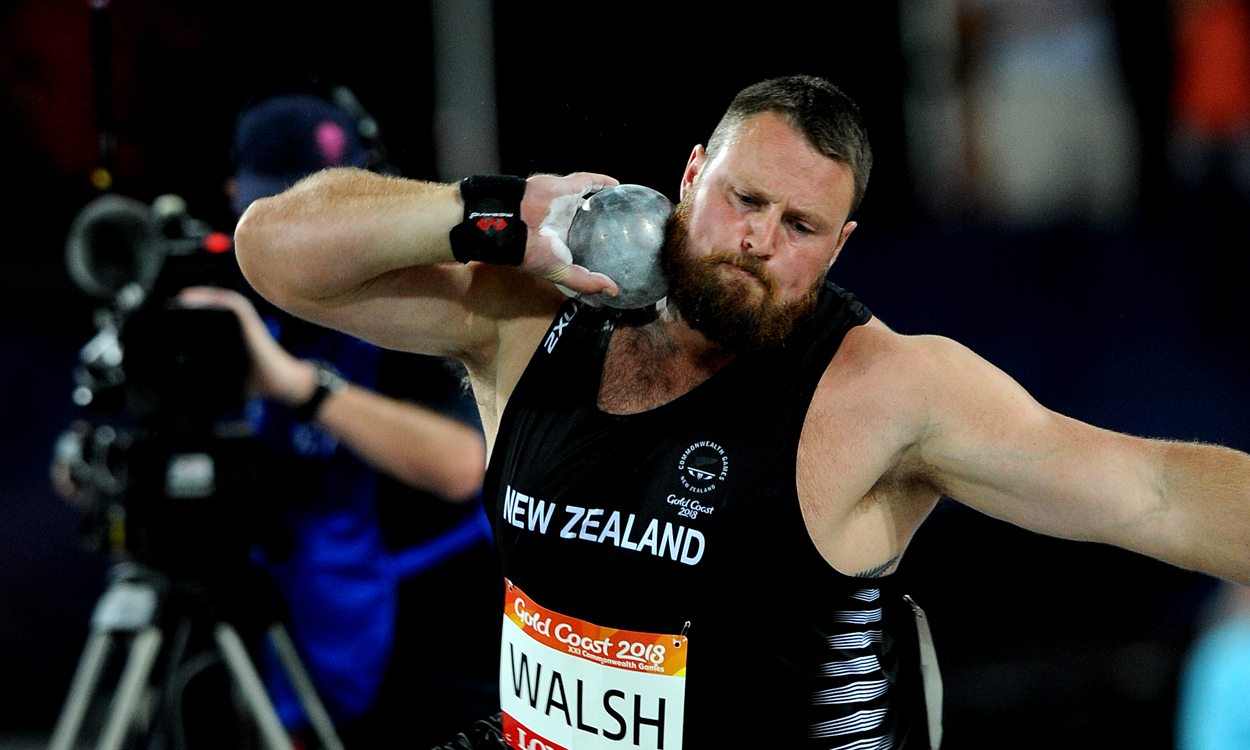 Does your body composition matter when it comes to the shot put?

Shot putters may be large athletes but they are also incredibly powerful and agile – witness, Commonwealth champion Tom Walsh, with his rotational technique and his massive put of 22.67m back in March. The Kiwi stands 1.83m tall and weighs 129kg.

Shot putters need their size in part in order to be able to “get behind” the implement – which for men hits the scales at 7.26kg. The linear glide technique is being supplanted by the rotational method more and more among many elite males. Agility is particularly key for this method of throwing together with of course power, speed and strength.

A team of Greek researchers writing in the International Journal of Sports Physiology & Performance looked specifically at rotational shot putters and weight gain across the training year. Eight national level throwers were involved in the study and the aim was to see whether weight gain (or loss) affected performance. Body composition (fat free mass, fat mass & bone mineral density) were determined at the start of training and just before a competitive period 12 weeks later.

Over the training phase the shot putters increased, for example, their shot performance by 6.5%. However, their body composition did not change. Basically, their early season body composition was identical to that when they were at their best for throwing.

This led the researchers to say: “These results suggest that the increase of fat-free mass might not be the most essential element for competition when the rotational shot put style is involved.”

As coaches we often have relatively young athletes to work with. There can be a conundrum in terms of how to go about developing specific event power and strength with this age group and especially with throwers.

Researchers from the Journal of Sports Science & Medicine took a look at whether a strength-based training programme or a ballistic (more power orientated) six-week training regime had superior results when it came to actual throwing.

Seventeen male shot putters took part in the test and were divided into a strength and a power group. As well as throwing performance, the athletes were also tested on measures, such as a jumping ability, ballistic throwing and changes to muscle fibre type in the thigh.

Very interestingly when it came to muscle fibre changes all the strength group’s leg muscle fibres grew – so both slow twitch and fast twitch. However, for the power trainers only the fastest of fast twitch fibres did so, which led the researchers to conclude that: “These results suggest that shot put throwing performance can be increased similarly after six weeks of either strength or ballistic power training in novice throwers, but with dissimilar muscular adaptations.”

They also suggested that young shot putters with limited previous training could potentially benefit most from strength-based activities initially in a training phase leading to a competition and then more power orientated methods during the weeks prior to competition in order to elevate performance.