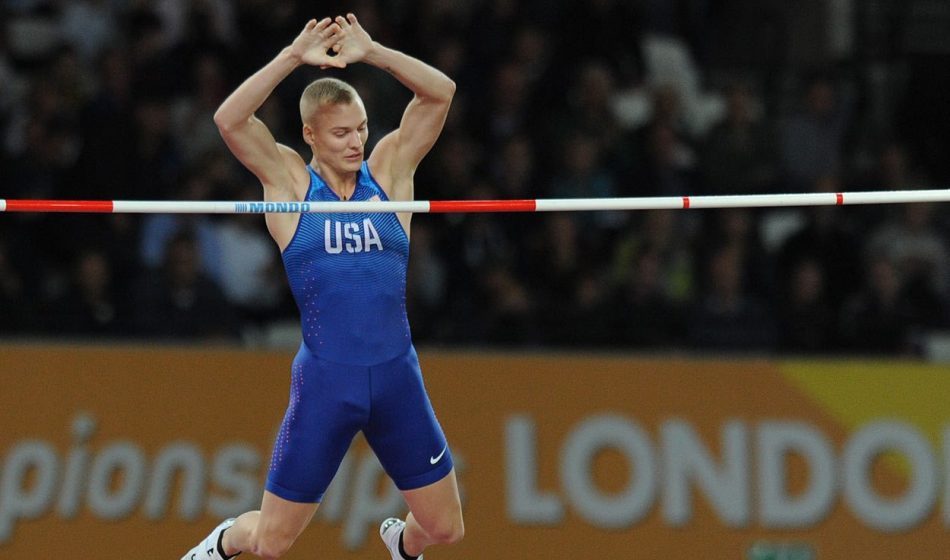 Our series with reigning world champions continues as the American pole vaulter tells Stuart Weir about how he went unbeaten in 2017, culminating in victory in London

What do you remember about the World Championships in 2017?

The World Championships two years ago were a highlight for me. Not many people may know this but 2017 itself was a huge, standing-tall point in my career.

It was the only season I have ever had where I was undefeated. In 17 meetings throughout 2017, I never lost – including the World Championships final. That sets you apart in your sport. I never saw myself as being what you would call “a dominant athlete” and I still don’t. But if you can only arrive (at competitions) prepared, amazing things can happen.

Now, the UK and competing in London was sort of euphoric. It felt like the championship that I didn’t get in Rio, which was a wonderful place where the people were very hospitable.

But because of the conditions and the way the officials were practised and things like that (in Rio), it felt much more like a championship in London. And with the colours and the people and everyone knowing who I was already, it was even more of a climax of my career. So I look back on it fondly.

How does it feel being introduced as world champion?

To be a world champion you have to be a champion at many other levels. I was the champion of my state, of my university, of the United States and many other championships besides, before I was truly the world champion. And that is the final title. That and the Olympic champion go hand in hand. They are equally respectable in our sport, in my mind.

Even more so for a world champion because it is held twice as often. More athletes are in their prime competing for it.

It is truly the peak of track and field. It is our championship.

How are you preparing for Doha?

Doha is frightening to a lot of people. And if you’re not a practised professional, it can seem a monumental task – waiting until October when you know there’s risk to be had throughout the entire year before the championship.

I think I look at it with different eyes as a pole vaulter, because there is risk every day.

“Can I make it to the end of the season at my strongest?”, some people are going to ask themselves and I have to tell myself I will be my strongest at the end of the year. Everything during the year is going to prepare me for that final punctuation of 2019 or whatever it may be. It may be 2021, 2023.

We don’t know what the future will hold for our sport but this year we have a chance to prove ourselves and that will be in Doha.