Jonathan Albon, on top of the world 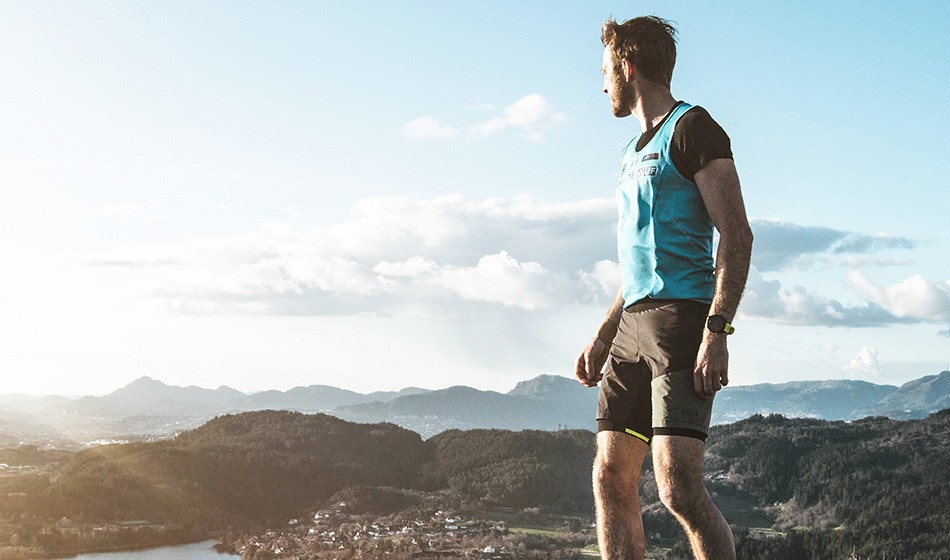 For Jonathan Albon, variety is the spice of life when it comes to running. So much so, that the 30-year-old dryrobe brand ambassador holds multiple world titles across different events, including skyrunning, obstacle course racing and trail running, the discipline in which he landed gold for Great Britain in Portugal this summer.

Having only taken up running aged 20 when he entered an obstacle race, the Norway-based athlete’s life now revolves around the sport. He finished fourth at last month’s World Long Distance Mountain Running Championships, while he was among the nominees in the recent AW Readers’ Choice Awards, and here he shares some insight into the highs and longs of being one of the world’s best ultra runners.

AW: One of your many world titles won came in June at the IAU Trail World Championships. How do you reflect on that experience?

Jonathan Albon: The whole experience was really cool. It was really fun to run in the race wearing GB kit alongside the other best trail runners in Great Britain.

At the beginning of the race we were all running in a pack and it was a great feeling. After around 16km the first big technical downhill came and that’s when I managed to push ahead and up into second.

From there I carried on pushing and managed to get into first place about half way round. For some reason I managed to find it in myself to just carry on going!

Over the years I’ve been wondering whether I’ve still got this real drive in me to really push like when I was younger, to just push everything out, go to the max and continue going and I think I managed to find that, so that was really satisfying.

JA: I think my preparation was really good but from the very beginning – I did ask the team “look are we here to get a good team placing, where we all should run a little bit conservatively so none of us completely blow up and die, or should we just go out and give it everything from the start?”

Normally I start races really nice and slow, controlled and boring, and try and build up towards the end.

I found that you can do really well like that but you rarely win these really big races. You need to be a bit ballsy at the start so I started really aggressively, stayed at the front – which isn’t really much like me – and then once you do take the lead you get this extra push, a bit of extra energy, so I managed to have all those feelings at the right time in the race. 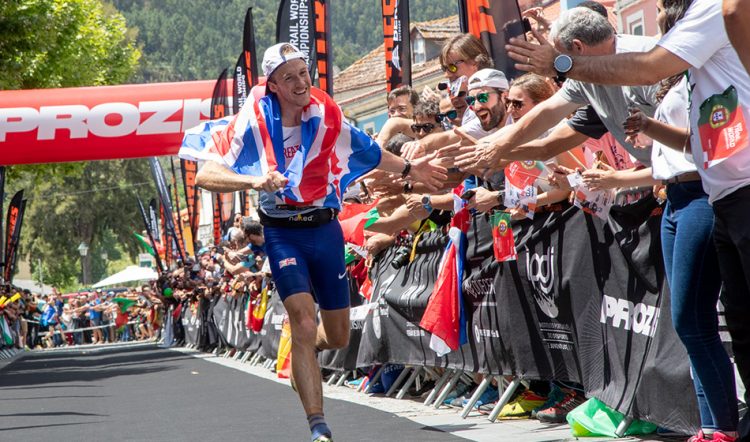 AW: How much is to do with mindset, as well as physical ability?

JA: I think psychological preparation is absolutely massive and it’s also one of the harder things to get right. A few races I had done earlier in the year helped me get my head set in the right place and prepare myself.

Something I’ve always been thinking about but never really been able to perfect is getting the big race right and doing it well.

I think wearing the GB colours makes it a bit easier – you see the little flag on your shorts and it gives you that extra bit of a boost.

AW: What is the team aspect like in ultra running?

JA: It does feel like an individual sport but it is nice when you do have a little bit of a support team around. If anything, sometimes I feel like the people there to support me want me to win more than I do, so that’s a funny feeling.

AW: Your career is very varied. How did you start out initially?

JA: I played skate hockey as a kid, which is just the same as ice hockey but on wheels, but I quit when I was 20 and started running.

I initially got into doing a few events, mainly obstacle races, just because it was a really fun and different thing.

From there I discovered other types of running – I did road marathons, trail races, mountain races – pretty much I’d say yes to anything because I thought it would be fun to try.

I found skyracing as well and once I became a full-time athlete I settled on obstacle racing and skyrunning or trail running as my two main sports.

A clip from the @skyrunning highlights video of @tromso.skyrace…head to their account to watch all of it and click on the link in my bio if you are interested to read how the race felt for me.

AW: Do you have an average training week?

Then in the summer it all switches to running and biking. I think there’s a big thing about overtraining but I’m starting to realise it’s more about over-running – running isn’t the best thing for you, some people can handle more than others. My body definitely prefers less running but it still wants the load so I’ve tried to replace that with cycling.

AW: Where do you run? Do you mix up the terrain?

JA: I always try and keep it really varied – from track running to road running to gravel paths to mountain. In the three weeks before the race I do try and specify the type of running I’m doing to the race I’ll be doing.

JA: The only thing that has changed is I’ve found zone one is still a bit too hard. So I think my zone one is up to 140 beats a minute or something around that.

If I went out and cycled or ran for three, four or five hours at that heart rate, I’d probably still be quite tired afterwards and my training the next day wouldn’t be as good, whereas going out and cycling say 1000m climb and descent, just at 120 heart rate, that feels a lot nicer.

AW: Do you log your training miles and ascent?

JA: If I’m going to be counting anything, especially in the winter, it’s normally climb. In the winter it was 12-15,000m a week and then in the summer maybe 5-8,000m of climb a week. That’s across everything – running, skiing and biking.

I built up my running mileage for the Trail World Championships over two or three months and in the winter I went from doing like 5km a week up to 110km was my biggest week before I started dropping back again.

I think most runners would probably do more but then with the cross training and with the amount of climb I do and the fact that it’s in the mountains, it still amounts to quite a few hours.

AW: How important is nutrition for you?

JA: During everyday eating I try and eat as little processed food as possible but apart from that I haven’t got any special diet like being vegan or vegetarian or lactose intolerant or anything.

AW: Do you have key pieces of kit?

JA: I’m really happy that I’ve found a footwear brand (VJ Sport) that I’m super happy with – I think it’s almost mechanical doping with the amount of grip you get from the rubber on stone!

That’s been a massive thing for me. They’ve got the grippiest rubber you can possibly imagine on wet rock.

They’ve got three main models – the Irock, XTRM and the MAXx – and between those three I can pretty much find the shoes for any type of mountain race.

My other kit changes from race to race. Gore have really good waterproof jackets – living in Bergen, it’s like the rainiest city in Europe I think! 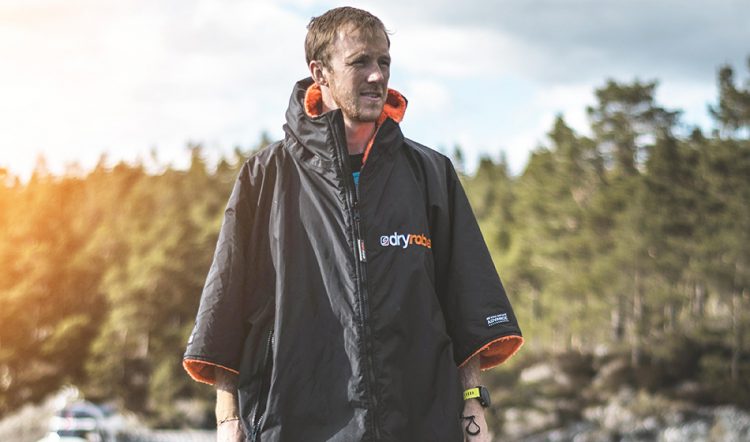 AW: You’ve travelled to some incredible places to run. Where have you enjoyed the most?

JA: I have been to a lot of places but to be honest I still really like running in Norway. From where I live, within a two-hour drive or even just from my doorstep I can run in some pretty crazy nice places.

(I can) drink from streams as I go, eat blueberries which are just growing in woods. It’s got softer trails as well, which is nice.

AW: Do you do a lot of training on your own?

JA: Mostly alone but it is fun to do sessions with my wife and with friends. Going on adventures together is really cool.

We did one run which is about a two-hour drive away. We parked the van, slept over and then ran up to a cabin, ran over a glacier to another cabin and then down to another fjord on the other side.

Then we hopped on a bus and the bus took us through a tunnel under the glacier back to where the van was. We did it in five hours but it would normally take a two-day walking trip.

Doing stuff like that is really fun adventure type of running which is almost as satisfying as going and doing a race.

» Jonathan Albon is a brand ambassador of dryrobe, producers of the world’s most advanced change robe. To find out more visit www.dryrobe.com

» This interview was first published in our latest trail and ultra guide, included with the November 28 edition of AW magazine, which is available digitally here or to order in print here