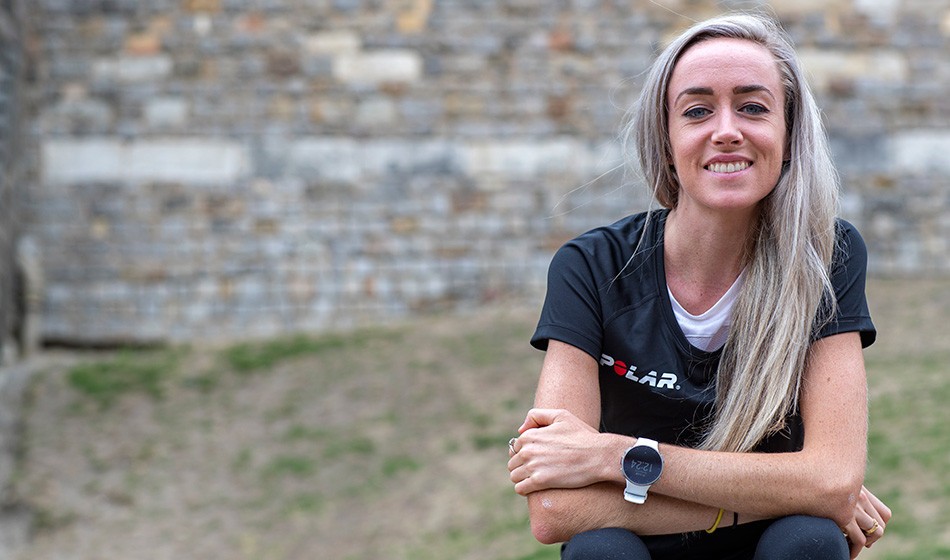 Confidence has been key for Eilish McColgan in 2018.

The European 5000m silver medallist believed in her race strategies, trusted her training and as a result had a year which she classes as her most successful yet.

That success has not come easily, however.

As we sit down to chat at the end of a tech-filled two days with Polar in Windsor, the 27-year-old reflects on her journey to claiming her first major outdoor medal – that European silver – which came after a strong and well-judged run in Berlin.

McColgan had entered the new year with momentum, fuelled by a PB-filled 2017. Yet her progress stalled right when she wanted to be firing on all cylinders.

“This year I’ve had a lot of problems health wise,” she explains. “I came back from training in Kenya and I was in the best shape of my life. In January and February I felt brilliant, I felt like I was going to go into the World Indoor Championships in a really strong position, ready to run some big PBs indoors.

“Then I got sick and it just wiped me out. I don’t know if I picked up a virus, but from about February right through the Commonwealth Games, I was struggling. I was sleeping non-stop, I had a real achiness in my quads, it was just horrible.

“I actually wasn’t enjoying running, and I love running,” she adds. “But I didn’t want to do it. It was almost like my body was switching off and not allowing me to perform. It was like operating at 60% and not being able to get into the final gear.”

“It was almost like my body was switching off and not allowing me to perform. It was like operating at 60% and not being able to get into the final gear”

Doubling up at both events, she ran in the 1500m heats and placed 10th in the 3000m final at the IAAF World Indoor Championships in Birmingham in March, before finishing sixth in both the 1500m and 5000m at the Commonwealth Games in Australia in April.

Despite all she had been through, McColgan was still left feeling disappointed with her performances. But with motivation levels high and the European Championships in her sights, McColgan self-funded a training trip on her own to St Moritz in Switzerland ahead of the British Championships and European trials.

“Those three weeks were where it started to really turn for me,” she says of her time in Switzerland. “I went into the British Champs very unconfident because I’d had such a horrible year. But I knew from there that I was starting to feel good again.”

The Scot finished third at the British Championships and came close to her 1500m and 5000m PBs at Diamond League meetings in Lausanne and Rabat. She then secured that superb silver at the Europeans after having the confidence to take the race on rather than her previous style of holding back before kicking for home. 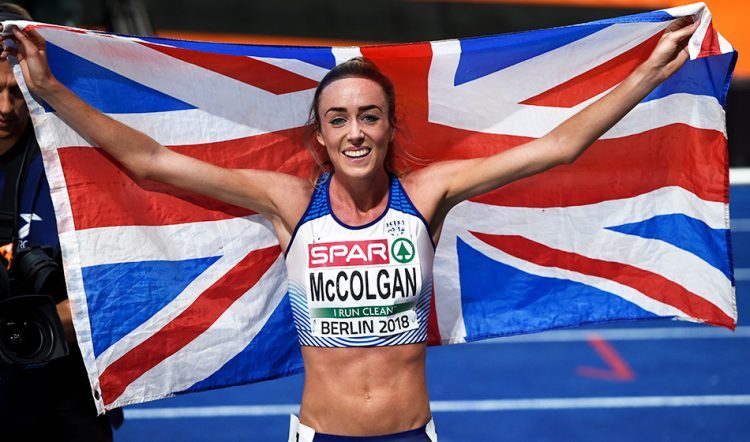 “But considering the health issues I’ve had this year, I’m actually really proud that I’ve managed to come away with my first global outdoor medal.

“By far that outweighs PBs and everything to me,” she continues. “PBs are always going to be there to be broken and medals are there forever.

“It has been a different year, that’s for sure,” she adds. “But I think I would class it as my most successful year. I was an absolute smidge off my PBs, but I just didn’t quite have the races in order to do it this year.”

McColgan is no stranger to overcoming adversity – she even had to switch events after injury forced her to move away from the steeplechase. This time it was that training block in St Moritz which really marked a turning point.

“I was in a pretty bad place for a long, long time,” she says. “I think having the training behind you gives you that confidence going into a race, knowing you’re in the best shape.

“That’s what I think I was most proud about – being probably at one of my lowest points but managing to get out of that and turn things around in time for the major champs.”

After a well-deserved post-summer break, McColgan returned to road race action and proved her potential for longer distances by winning the Simplyhealth Great South Run, following in the footsteps of her mum and coach – 1991 world 10,000m champion and Olympic medallist Liz – who twice triumphed at the 10-mile Great South event.

While she believes the marathon will feature in her future, McColgan remains focused on the track for now, especially with the European Indoor Championships taking place on home soil in Glasgow in March.

“With it being in Glasgow, for me, that’s big – it’s important,” says the Dundee Hawkhill athlete, who claimed 3000m bronze at the last edition in Belgrade.

“I feel like I didn’t really do myself justice in Birmingham (at the World Indoors). I had one of the poorest races of my career. I’m deeply disappointed by that and I want to almost make amends for that in Glasgow.

“To win a medal in my home championships would be even more important, I think that would make it even more special.”

» Click here to read how Eilish McColgan will be using the new Polar Vantage V to track her training. The Polar Vantage V breaks new ground as the first watch to track running power from the wrist. Find out more at polar.com/uk-en/vantage/v