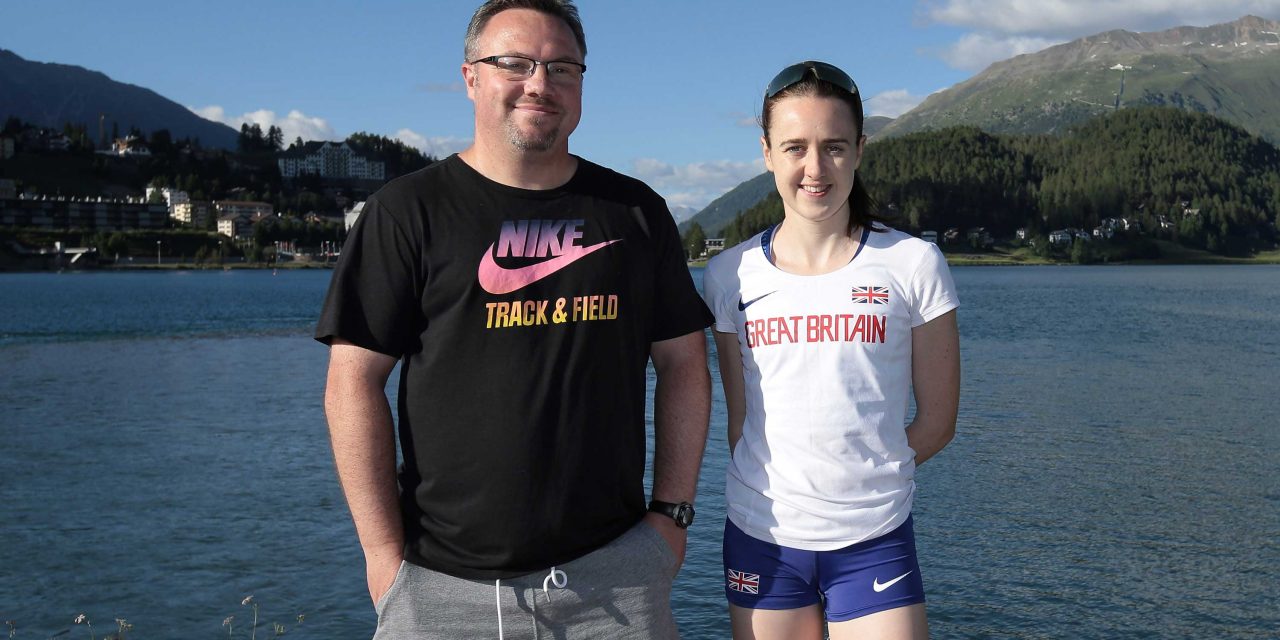 It was “filling in the blanks” which ultimately led Andy Young towards piecing together a coaching career that continues to impress.

He was no mean athlete himself. The man who first joined an athletics club at the age of nine with ambitions of becoming a sprinter ultimately ended up excelling at middle distance, winning the world schools 800m title as a 16-year-old.

Yet it was around that time that he was also beginning to learn a craft which is now helping to turn those with promise into becoming truly world class. Just ask Laura Muir and Jemma Reekie.

That multiple record-breaking, championship-winning pair are the standard-bearers but Young’s Glasgow-based training stable is now filled with athletes who have made steady and significant progress since coming under the Scot’s wing.

The achievements of his charges grab the headlines, of course, but their coach’s journey makes for an intriguing story in itself.

It all began when one of Young’s first coaches, hampered by the time constraints of his day job, needed help in pulling together training sessions. It says much for Young’s desire to learn that his adolescent self thought nothing of stepping into the breach.

“A man called Kenny McVey started doing coaching sessions at the Kelvin Hall,” he says. “He was working in the shipbuilding industry so didn’t have any experience in coaching but he got information from others, such as Highland Games coaches. We instantly had a lot of success, winning Scottish schools titles for example.

“As I got a bit older, Kenny didn’t have time to go to coaching courses, so I was the one who ended up going – strength and conditioning seminars, nutrition etc and I started getting more involved. Kenny would run the session but I would fill in the blanks for the rest of the week. By the time I was 16, I was highly involved. I would source information from people who could help and together we set the sessions.

“In 1994 I won the world schools at 16 (the ISF World Gymnasaide 800m in 1:52.50) but by then I was already heavily involved in the coaching side of it with Kenny. And that continued so that by the time I was 20 I had probably attended more coaching courses and seminars than most coaches do in a lifetime!”

“By the time I was 20 I had probably attended more coaching courses and seminars than most coaches do in a lifetime!”

By that stage there had also been lessons learned under the guidance of the legendary coaching figure that is George Gandy when Young headed south to study and train at Loughborough University.

Being coached, rather than having to coach, provided a break for Young which ended in the early 2000s when he was asked to coach schoolchildren, alongside “building a club up from nothing” at Glasgow University. A medical student by the name of Kevin McCloy was Young’s first senior international from that group. He wouldn’t be the last.

“In 2011 Laura came to Glasgow University,” says Young, who also won British under-19, under-20 and under-23 vests. “She had won medals in Scottish schools and was quite a serious trainer but I don’t think she had any great interest in becoming an elite runner.

“A coach rang me and said an athlete was coming to university and would I keep an eye on her. She and Laura started at the same time and they were probably of similar level but the other one probably better than Laura.

“They started training together and very quickly I could see that beyond talent there was something about Laura.  She had a fire in her. If we did a track session Laura would always be chasing the person in front and when she caught them it would be the next person – often a boy.

“I was only taking the university club two or three times a week but Laura expressed an interest in taking it more seriously, so I started working more with her. She made progress very quickly, starting in September but by about November she had qualified for the Euro Cross. Then she started breaking Scottish age-group records indoors. Her 1500m PB dropped by about 20 seconds and she made the World Juniors that summer (2012).”

Much has happened since, with that success bringing a refinement and rise in the quality of the training group. The process is built on a simple, common sense coaching philosophy.

“Attention to detail and getting things right,” adds Young. “Getting the most out of your workouts. Knowing what you’re trying to achieve. Everything we do should have a purpose with no wasted energy. It’s intense and hard work but hopefully always with a purpose. Always focusing on the next thing to be achieved and keeping an eye on the prize.

“Middle-distance running is a tough sport with a lot of training so it’s easier if you can enjoy it. It’s not all fun and games but you’ve got to try and find some enjoyment in there.”

Routine is important, too.

“Obviously when races are coming, there are changes but most of the year it stays the same. Mileage probably doesn’t massively change throughout the year. It doesn’t spike massively in winter and it doesn’t drop drastically in summer – apart from race weeks. We tend to work on the principle of quality rather than quantity.”

He adds: “If you include warm-up and cool-down runs as well as the actual runs, it’s probably 50-60 miles per week. We concentrate more on the intensity and quality – and they always get a rest day every week. I think I would face a rebellion if I took away the rest day!

“Jemma always does a wee countdown – x days to rest day, which isn’t great if she starts on a Saturday and rest day is not until Friday! But at the end of Thursday, Jemma declares that rest day is starting.

“Laura could go out now and run a good 10km or half-marathon, just from her current training without bumping up the mileage. We don’t have massive mileage but equally we don’t have peaks and troughs; we just keep it pretty consistent.

“It’s more the sessions or strength and conditioning that I play around with. It doesn’t change massively but I’m always playing around with it – for example where to put the hill running, where to put more grass workouts but it tends to stay with what they are familiar with.”

Young admits, however, that any clever plans or devices he comes up with to achieve performance gains matter little if the athlete doesn’t commit fully to the long-term goal. Talent is not everything, either.

“There are three elements to becoming a successful elite athlete – talent, good coaching and effort from the athlete”

“There are three elements to becoming a successful elite athlete – talent, good coaching and effort from the athlete,” he says. “When you put the three together, that’s when you can have real success.

“You sometimes wonder how many more ‘Lauras’ are out there. Jemma was more successful from 17 and she continued to win titles and now becoming the fastest in the world, breaking Laura’s and Kelly Holmes’ records.

“Then you have Gabriela (DeBues-Stafford) breaking about 10 national (Canadian) records in a matter of months.

“Coaching does play a key role but you need the input from the athlete. I don’t think the amount of talent needed has ever been 100 per cent quantified. You wouldn’t necessarily have looked at Laura and said ‘super talent’ but when you put the three elements together, she became among the best in the world.

“If you’re working with a class of 30 children, you can help them all improve but you can’t turn them all into Olympians. But you wonder how many of those 30 could become international athletes if they put in the effort. You can certainly ask who else is out there who hasn’t been discovered.”

Still, it would seem, there are more blanks to be filled in.