Where are they now? JULIAN GOATER 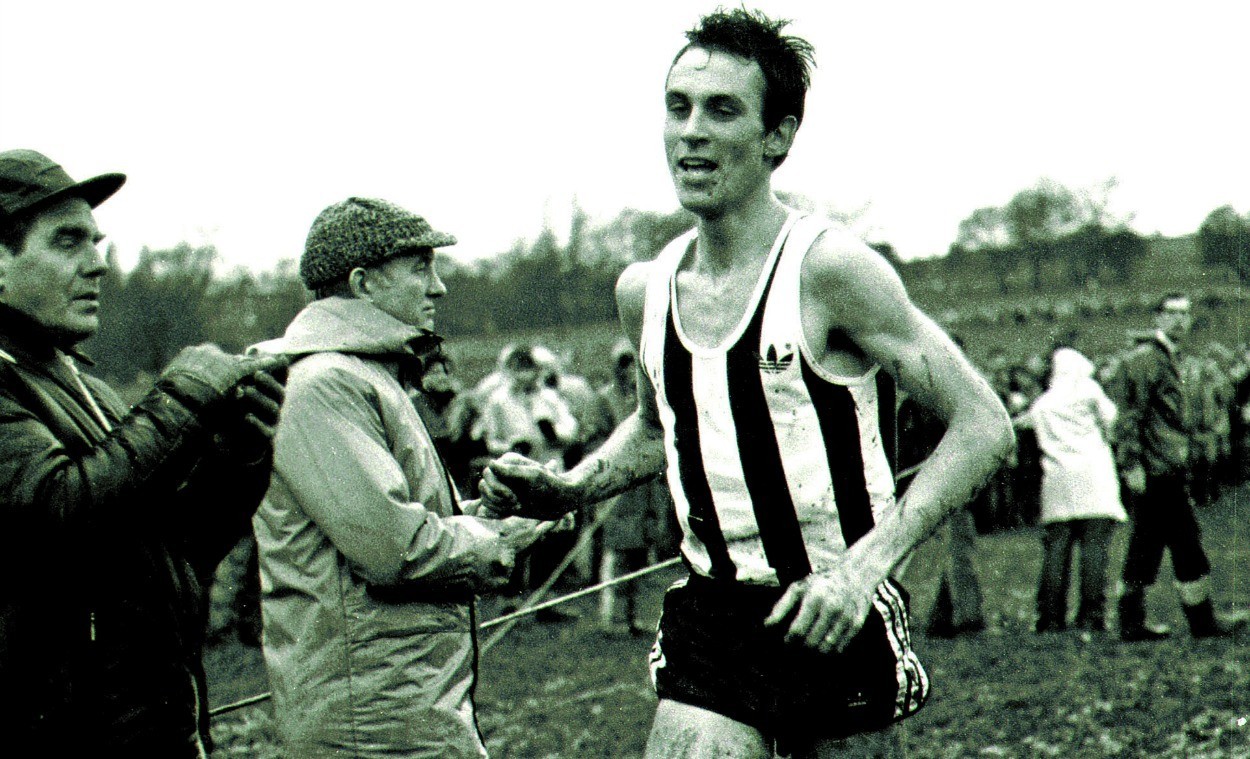 Julian Goater still spends much of his time travelling, but now his running days are behind him, writes Emily Moss

Since winning the National Cross Country by almost two minutes, finishing fourth in the World Cross in 1981 and claiming bronze over 10,000m at the 1982 Commonwealth Games, Julian Goater has twice been a world age-group duathlon champion and is a coach and fitness consultant and author of The Art of Running Faster.

His 5000m and 10,000m PBs of 13:15 and 27:34 respectively still rank him in the UK all-time top 10. Despite his varied life today, he admits that he still misses his days as an elite athlete and the feeling of being well and super-fit.

Having won English Schools titles for 5000m and cross-country and set a world age-17 best of 8:14 for 3000m, Goater went up to study philosophy, politics and economics at St Edmund Hall, Oxford, in 1972 on an RAF cadetship. However, the academic rigour posed challenges for the ambitious athlete.

“From the first term, I had problems, as my tutorials were arranged for Saturday mornings, when I would usually want to be travelling to races. I was certainly not used to studying on Saturdays and having my weekends curtailed in this manner!” explains Goater.

However, he soon adapted to the lifestyle, running before breakfast during the week and going for his main session in the late afternoon or early evening. As he had a car, he was able to get home most weekends and meet up with Bob Parker and his group once or twice per week.

But trying to train twice a day and get to grips with three new subjects proved quite a challenge for Goater and soon the RAF were joining his tutors in suggesting he had his priorities wrong and should be studying harder and running less.

“I have to admit, I was never really on top of my studies,” he says. “However, in the end I still managed to get a decent second. When I met one of my tutors at the opening of the new track at Iffley Road in 1977, he congratulated me on having done well in finals and followed up by saying my results had nearly destroyed his faith in the examination system!” he added.

“I miss my days as an elite athlete, not only the camaraderie, rivalry and repartee and the travelling and the excitement of races, but also the sheer fun of the training and the sense of feeling well and super-fit”

Goater speaks plainly and does not mince his words. Reflecting on his time at Oxford, he explains: “I enjoyed my time with Oxford University Athletics Club, but it was frustrating for a number of reasons – notably the very amateurish ethos and traditions of the club, the limited social aspects due to absence of lady members, personality problems with athletes who didn’t want to compete, limited coaching, zero medical back-up and unless it was wet a dustbowl of a track.

“I found it largely a labour of love and very difficult to balance club needs and my own personal athletic and academic needs. This was reinforced when we met the American universities and saw their wealth, facilities, coaching and medical back-up.”

Goater’s running career spanned a very exciting time in British athletics and he feels lucky to have been so closely involved with Dave Bedford and then Steve Ovett, the latter particularly so when Harry Wilson started coaching Goater in 1975. He also names Steve Jones as a friend and rival throughout his time in the RAF and on the GB team.

In 1971, he had an illness – possibly glandular fever – which knocked him back and continued to reappear every six months. For the next three years, he had a very frustrating cycle of getting fit, having a few good races and then losing it again. In 1975, he claimed a bronze in the World Student Games and in 1976, under new coach Wilson, he made the England team for the World Cross, only to be hit by an Achilles injury which effectively ruined any chance of him getting to the Montreal Olympics that year.

The year 1977 was a breakthrough one for him, coinciding with his getting married to Sue and finishing his RAF officer training. Although he failed to make the Olympics in 1980 and 1984, he acknowledges this period was a fantastically exciting time to be in the GB team, with Coe, Ovett and Moorcroft setting world records on the track and Jones going on to set a world best time for the marathon.

“Athletics was often front-page news,” he says. “We competed in front of large crowds at Oslo, Brussels, Stockholm, Helsinki and, of course, Crystal Palace and Gateshead. You can imagine it was a very difficult task to make the British team, especially when you lacked a fast finishing sprint and you were up against the likes of Nick Rose, Mike McLeod, Dave Moorcroft, Steve Jones, Nat Muir, Barry Smith, Geoff Smith, Dave Clarke and numerous other sub-13:30 and 28-minute runners,” explains Goater.

“I miss my days as an elite athlete, not only the camaraderie, rivalry and repartee and the travelling and the excitement of races, but also the sheer fun of the training and the sense of feeling well and super-fit.”

“For me now, one of the great things is not having a typical day. Each day, each term is different, with different schools and routines. Clients come to me for bike and run coaching, which can be flexible, often depending on the weather”

Indeed, he found it difficult after the age of 40 to start a second career. “I taught politics and economics for a year at Wellington College and then worked at Siemens in their company pension scheme, both of which were interesting jobs, but, on being made redundant, I decided to follow my passion and get into coaching, setting up my company Feelgood Factors and concentrating on coaching kids in primary schools and adults in triathlon,” he says.

Nowadays, Goater hardly ever runs due to the risk of injury, which would curtail his activities as a coach and fitness consultant. However, he keeps himself active through a lot of cycling. “It keeps me fit and it’s nice to feel you’re still improving at something as you get older, rather than gently declining as a runner,” he says.

“I took part in the Haute Route Pyrenees – a seven-day bike race from Biarritz to Toulouse via as many mountains as they could fit in. We covered over 800km and climbed over 20,000m in total – quite an experience and great fun, at least on the downhills.”

He started coaching with Bracknell AC in 1996 and since then he has been guiding runners and triathletes. It is clear that Goater’s old-school principles are still standing strong and form the heart of his coaching mentality.

He explains: “We moved to Farnham in 2003, but during term time I still spend time working with Bracknell Council, coaching kids in primary schools and teaching them running skills and showing them how much more fun competing is than just completing. I’m trying to get them all fit – not just the best few – for any sports, not just running and in the context of generally unfit kids and the problem of childhood obesity, this is important and rewarding work.”

The proof of the pudding is in the numbers he has participating. “In November, we held our Bracknell Schools Cross-Country Relays,” he says. “When we started in 1996, 60 runners from just five or six local schools took part. This year, more than 30 schools entered teams and 600 boys and girls aged 9-14 took part in six relay races throughout the day, each racing approximately 1km over a proper hilly cross-country course. With proper funding and support, this could be a blueprint which could be used across the nation. However, many schools are like Fort Knox nowadays, so inhibited by fears of child abuse and so worried about health and safety regulations.”

Goater also goes into schools and clubs speaking about his life as an athlete and promoting his book. He says: “For me now, one of the great things is not having a typical day. Each day, each term is different, with different schools and routines. Clients come to me for bike and run coaching, which can be flexible, often depending on the weather.”

“I think today’s distance runners tend to be rather ‘manufactured’ and ‘programmed’ by the system, given a huge amount of scientific coaching, medical and financial back-up and as a result maybe many lack the passion, the aggression, the sense of being on a mission”

However, Goater also finds plenty of time to see the world, often incorporating an element of coaching or completing a biking challenge. “Being semi-retired, I’ve been able to spend some of the last four winters travelling, perhaps to Australia or Sri Lanka on biking trips and also recently to America in the summer, working at a summer camp, where Sue teaches sailing and I coach running,” he says. “In the meantime, we are often in Lanzarote where I take groups of runners, bikers and triathletes for warm-weather training. So it’s a hard life, but we just about manage!”

Meanwhile, his career as an RAF supply officer took him to many interesting places, including the Falklands and Germany and RAF Scampton, home of the Red Arrows.

Due to his experiences but also his willingness to speak his mind, it is interesting to hear his thoughts on the state of UK distance running today.

“I think today’s distance runners tend to be rather ‘manufactured’ and ‘programmed’ by the system, given a huge amount of scientific coaching, medical and financial back-up and as a result maybe many lack the passion, the aggression, the sense of being on a mission,” says Goater honestly.

These thoughts were a major reason as to why he wrote his book. “I wanted to show the sort of performances which the Brits achieved without all the science in the Seventies and Eighties. I try to show the skill and art of producing peak performances, which simply cannot be explained scientifically,” he says.

Tags: Emily Moss, Julian Goater, Where are they now?