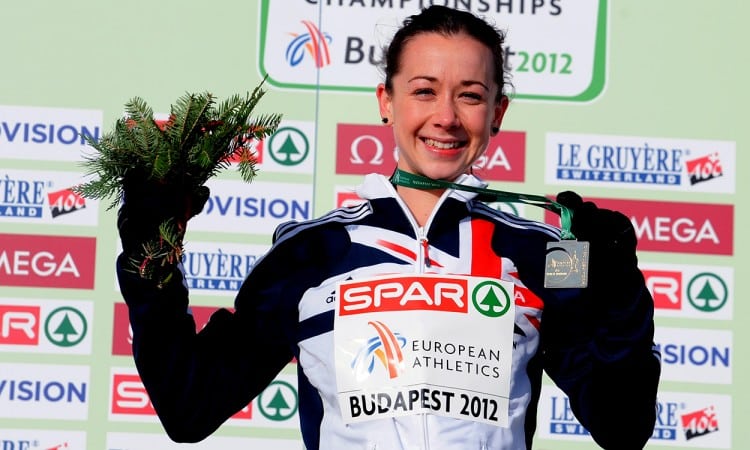 After shedding light on RED-S and the female athlete triad, Jessica Piasecki explains how she has been affected

As an athlete I have experienced a significant number of issues related to RED-S (Relative Energy Deficiency in Sport) and the female athlete triad. I have learnt a lot, however it is now perhaps a little too late, so I am attempting to educate as many young aspiring athletes as I can on this important topic using my own experiences as reference.

I have a website (runscience.co.uk) where I provide programmes tailored to peoples’ needs. These are conducted in ways that not only ensure results but also address all the surrounding topics. I am also available for presentations and have started to do some locally where I talk to athletics clubs and speak on endurance camps. Unfortunately, there has been little response from the sport’s governing bodies, so I have taken it upon myself to educate and raise awareness as best I can.

As a youngster I did every sport going, I was competitive and I enjoyed the social side of it all, too. I was a fairly good all-rounder and through my early teens I really wanted to be the next best thing on the England hockey team. However, among all the hockey games, I managed to get a spot on the Greater Manchester schools cross-country team in 2004 and at the English Schools I surprisingly finished 23rd. After this a fellow team and school-mate’s parent spotted my improvement and encouraged me to go down to the local club – Stockport Harriers. From there I gained an insight into training and was coached by Dave Turnbull, where I was introduced to many different aspects of running.

I was still juggling my hockey with running and most weekends would involve two hockey matches, one hill session, one long run and a hockey skills session, as well as the occasional game of tennis thrown in, too.

At the age of 16 I qualified to run for GB at the Euro Cross. I was the youngest on the team and it was a fabulous experience. From then I decided to put aside my hockey as I had new goals and aspirations, this time for running.

I continued to train quite happily, meeting new friends and visiting different places all through running – while juggling my sixth form studies. I went to the World Cross in Kenya and the Euro Juniors in Hengelo. I made plenty of mistakes, too, and was constantly learning.

At the subsequent Euro Cross trials I fell over mid-race which resulted in me sprinting back to the front and perhaps not surprisingly I then faded back to about 30th. I was so disheartened that I trained exceptionally hard over the Christmas period. Dave and I took the opportunity while I was not in school to get in some double training days and with this came extra miles.

However, after a GB international at the start of 2008 I came away with foot pain. This pain was eventually diagnosed as a navicular stress fracture of my left foot and not a small one.

From here everything seemed to spiral. At the time I had no knowledge of such an injury nor the extent or severity of it. When I was given crutches and a dreaded air cast boot I was mortified.

I had no physio, very little medical guidance and felt abandoned. My coach and parents didn’t really understand things either and we were all just left bemused. I set my sights on getting to Loughborough University as a student, to hopefully become the athlete I wanted to be.

I was 18 and I’d had no menstrual cycle. I’d been to GPs, gynaecologists, bone metabolism specialists and sports medics. I had all the tests but still no period had arrived. I was only informed of the term “Female Athlete Triad” once my fracture was diagnosed, but I felt I ate well – albeit very healthily and controlled – and I was strong, so I never took much notice.

Eventually I got back to some kind of running and went to Loughborough and knew this was the place for me. Christmas 2008 came around and I developed a stress response in my left metatarsals.

The boot came out again.

At Easter 2009 I was put on the oral contraception pill; my periods started and everything was working, everyone was happy. I have been on that pill up until just five months ago, so a total of eight years. I continued to pursue my running career, determined to unearth the athlete I knew I could be.

Fast forward a number of years – after a further three stress responses, another stress fracture, bone bruising and anaemia – to 2012 when an X-ray revealed quite an unexpected finding; two compression fractures of the spine at T7 and T8. A compression fracture is where the vertebrae are squished and will always remain that way – this is something that’s normally associated with elderly women with osteoporosis.

I was sent to a metabolic bone clinic and underwent bone scans, which confirmed osteoporosis. I had a “Z score” in my spine that was below the legible score line – it was that low. I was prescribed bisphosphonates that would hopefully halt any further decline.

At this time, I was under the watchful eye of Mick Woods, who is a fantastic coach and took me to a level of athletics I only ever dreamed of. We were always cautious of my issues. We worked around them and quite closely with physios, too. Surprisingly I actually went on to win the Euro Cross under-23 race that winter in 2012 and I was finally making strides in the way I always hoped I would.

However, further scans over the next few years showed more and more fractures developing, some I knew about, some I didn’t. The pain on occasions was unbelievable. I wouldn’t be able to sit up straight, my breathing was laboured and I was tired all the time. I couldn’t sleep in any position due to the pain.

Alongside this I ended up having navicular surgery to my left foot in 2013, while in 2014 I had a 10cm hamstring tear and in 2015 I tore my plantar fascia midway through a marathon while well on target for a Rio qualifying time.

At the start of 2016 my back problem re-emerged – perhaps I had rushed my training to try and make the London Marathon in an attempt for Olympic qualification, and the end result was further fractures.

Upon investigation, it was diagnosed that I had compression fractures in my spine at T5, 6, 7, 8, 9, 10 and 11. I’d lost 3cm in height, I had slight curvature of the spine and I still hadn’t had a natural period.

Teriparatide treatment was the next prescription and involved a daily subcutaneous injection for 18 months in the hope of increasing my bone health and preventing these fractures. (Teriparatide is a parathyroid hormone analogue that is used to stimulate bone growth).

I didn’t make Rio and further injuries excluded me from the Europeans that summer, too. I had two surgeries on my hips to repair labral tears. Next up was to try and qualify for this year’s Commonwealth Games. This unfortunately ended in another spinal fracture coupled with a rib fracture as well.

Now I am married, I have a PhD near completion and I want to start a family sometime in the near future. I am no longer on the “pill” and have reached a stage where my body can now have a regular menstrual cycle, at the age of 28.

If I had known more about the severity of bone issues and the importance of good nutrition and regular cycles … if my coach had known … if my parents had known, I may not be in the position I am in now.

I may not have had all those injuries and I may have even been to an Olympic Games by now. I want to say, however, that at no point during any of this do I blame anyone. Each person helped me the best way they could. I was also most likely a hard individual to work with.

Despite all this, I continue to train to a high level, ensuring I take good care of my myself and, most importantly, enjoying it along the way.

I hope my story – and the information provided in part one of this article (which can be found here) and through my RunScience initiative – increases knowledge about RED-S. I want to help young athletes become senior athletes without the stresses I had to endure.

» More on Jessica Piasecki (nee Coulson) and RED-S can be found at runscience.co.uk or email [email protected]