Masters marks the target as Emma Stepto continues to impress 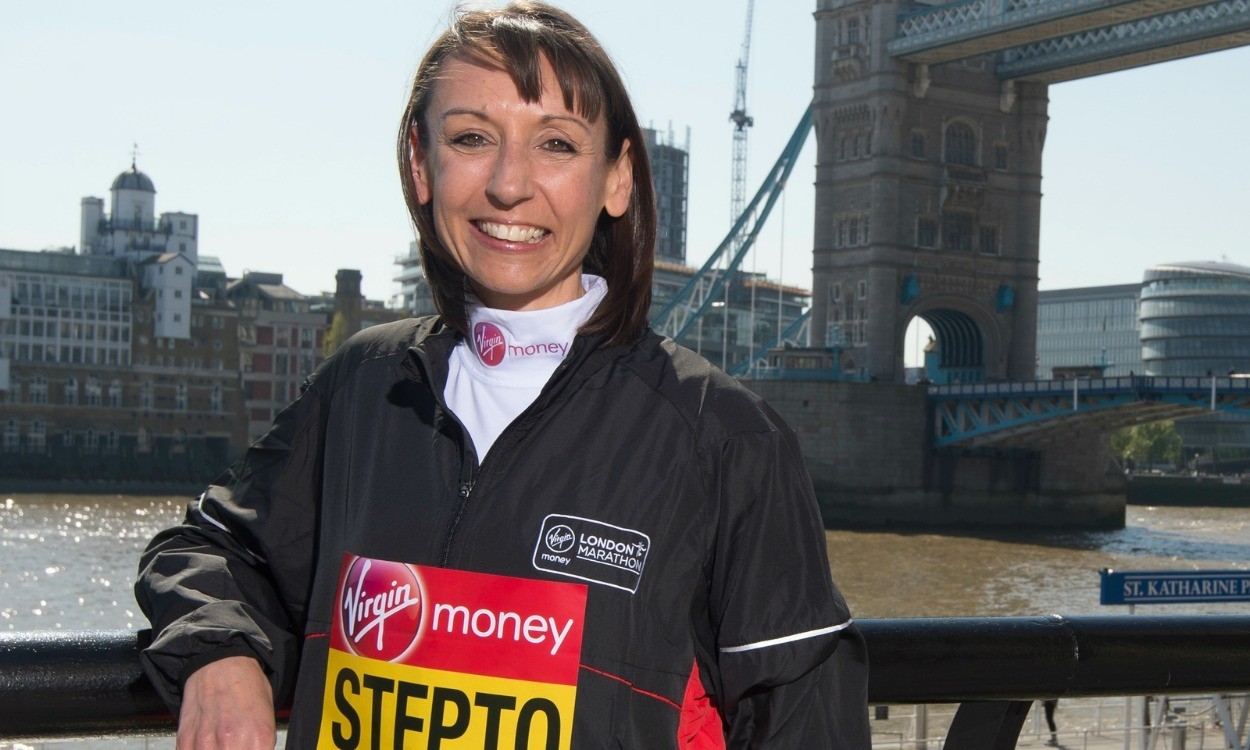 Emma Stepto returns to run the Virgin Money London Marathon this weekend and has described forming part of the elite women’s field as a “privilege and a great opportunity”.

She continues to impress and, having just moved up to the W45 age group after her birthday earlier this month, is looking forward to having a new set of masters marks to target. Her eye will be on Joyce Smith’s British over-45 marathon record of 2:32:48 which was set at the Los Angeles Olympics in 1984 this weekend, though having only just moved into the age category Stepto won’t be too disappointed if she doesn’t manage it this time around. Her preparation has been a little interrupted by injury niggles and as Stepto recognises, “having just turned 45 I’ve got a few more years to do it!”

Stepto explains how having the masters records to aim for provides a great source of inspiration and this weekend so does the fact that she will be joined in the British capital by both Paula Radcliffe as she draws the curtain on her magnificent marathon career and Smith, who, 35 years after winning the very first London Marathon aged 43, returns as one of the official starters for the race.

“When I looked at them (the masters records) in my 40s, the ones at the top were back from the 1980s,” says Stepto. “I thought ‘why haven’t we reached them since then? We’ve not changed as people, why aren’t we doing it? It must be possible’.

“I did lots of research about training and it gave me a target. I thought I’d love to do it – I’d love to get up there.”

The 45-year-old also says it would be a “dream” to break Smith’s record. “I won’t put all the pressure on myself on Sunday, though,” she adds, aware that she has five years in which to target it. “Obviously it makes it really special that Joyce is connected with the marathon this year and hopefully I’ll get to meet her because she is obviously a massive inspiration. If I can do it this time that would be amazing but I think all my training would have had to have gone 100% right for me to do it this time.”

Unsurprisingly, another inspiration is Radcliffe, and Stepto continues: “She’s a role model to I think every female runner and a lot of male runners as well. It’s just fantastic that she’s running on Sunday and I’m glad that she can do it and enjoy it.

“The pressure that she must have been under in all of her races is just unbelievable. I think it must be quite a relief to know that she can go out and enjoy the distance she loves in a place she loves doing it and be surrounded by people who are inspired by her. It will be a really special day.”

Stepto was sporty at school but explains how she only rediscovered running later on. “I started jogging and doing fun runs when I was in my early 30s,” she says. “I sadly lost my brother to cancer in my early 30s and it was a way of coping with that as well as giving you a huge appreciation that actually you’re damn lucky to be out there doing anything, which I think are both reasons that a lot of people turn to sport and running.

“The racing side of it came after I joined a club when I was about 35. The major change was joining the athletics club, Cornwall AC. You see what people achieve and think ‘actually, why can’t I do that?’ It gives you guidance and it gives you inspiration as well and I think that’s what made the difference.”

Although Stepto and Radcliffe will obviously be running two completely different races, and with Stepto lining up at the elite start and Radcliffe starting with championship runners, it will be interesting to see which Brit emerges as quickest on Sunday. However, the modest Stepto explains how that thought hadn’t even crossed her mind.

“I know she could wipe the floor with all of us!” she says of Radcliffe. “It’s just a privilege to be there and to have the chance to run in the elite field, dare I say it, at my age, but it’s a privilege and a great opportunity.”