Jazmin Sawyers on her leap of faith 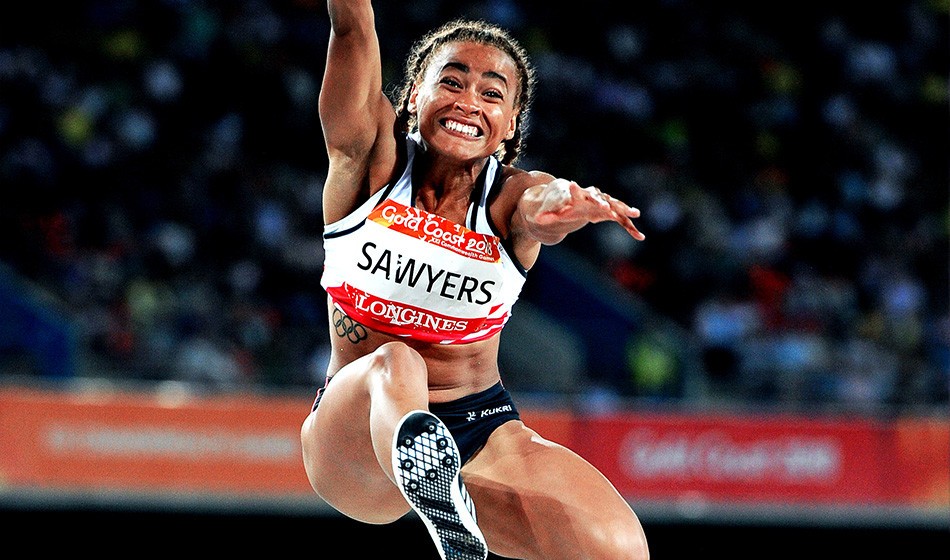 British long jumper Jazmin Sawyers knew she could improve, so she moved to America, worked hard and was rewarded with a 6.86m PB in 2018.

Here the 2016 European silver medallist shares some insight into her coaching switch, US life and how it’s not all sunshine and beaches in Florida.

I moved out to Clermont in Florida in October 2017. We’re about 40 minutes outside of Orlando so everyone thinks ‘Disney’ but I haven’t been once!

I think everyone’s minds immediately jump to ‘oh cool, you’re basically on holiday’ but I can assure that we’re not!

I made the decision to come out here because, at the end of 2017, I was looking for a coach who would primarily improve my speed but would also have jumps expertise and everyone was pointing me towards Lance Brauman.

He runs a sprint group and it includes – currently and historically – some of the fastest people in the world so I thought there was no better place to go and get fast.

It’s an adidas-sponsored group and I was already with adidas. We don’t really have that in the UK where your group depends on your sponsor but it’s fairly common over here.

Because he has coached so many really fast people, I was expecting Lance to be really harsh and mean, but he’s not. He likes you to get on with everything you’re supposed to be doing but his whole ethos is that you’re supposed to enjoy it.

Yes, this is your job, but you’re supposed to be having a good time because a big part of succeeding is to be happy.

Lance used to coach jumps a lot more. At the moment I’m the only jumper in the group but he has a history and background in jumps so it seemed like the perfect place.

For me, the move wasn’t about life experience, it was about the group and the coaching. It’s not that we don’t have good coaches in the UK, it’s that there’s just many more options abroad.

I miss home so much and I didn’t think I would because I enjoy travelling around and doing different things but, being over here, I actually found it really hard.

Initially I tried to come back to the UK as much as possible but last year I enjoyed it a lot more and now I know the training works, because I had a good season last year.

I won’t be based here for the whole year because we’re in Europe for much of the summer and the group bases itself out of Amsterdam.

The group environment is so incredibly valuable. You raise your game because that’s what everyone else is doing. Lance expects a lot of everybody, as he should because it’s a really high-quality group. I feel really lucky to be a part of it.

Because I did find it so hard over the winter, competing really well during the summer just felt so incredibly good!

It showed that it was all worth it and proved that it really works and there’s a point to me being out here.

The weather is great, the group is really nice and it’s exciting to be somewhere different, but it’s difficult and the difference in culture is so much more than I think you’d expect. It’s small things like humour – you’ll crack a joke and no one understands!

There’s basically no public transport, so if you want to have any kind of life outside of athletics you need a car to be able to get around. I didn’t have a car last year so I would just go to training and then go home and think about training, because there was nothing else to do.

It’s hard to establish any kind of community feel outside of training. That was a bit overwhelming, especially as I’m somebody that likes to split my life up and not be consumed by athletics. It can be hard feeling like my only life here is to do with the sport. 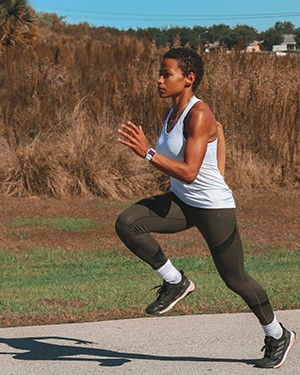 I get up early because most of my mates are at home and they are done talking to me by 5pm! So I go to bed around 9.30pm and wake up about 5.45am most days. I generally do some kind of yoga in the morning before training, even if it’s just a really light stretch out. I feel better for it.

I’ll then mill around and read or sort out any admin and emails that I need to do before breakfast and training, which starts at 9am.

At the track we’ll warm up individually for about 40 minutes before a group warm-up with drills and mobility work. We’ll do that every training day until about 10.15am.

Then whatever the running workout is for the day will start. At this time of year it’s often some kind of grass running.

There’s around 26 of us at the moment, so it’s a big group, led by Lance and three assistant coaches. The group will split into two – the 100m and 200m group, which I slot into, and the 400m group.

When we’re done with that we head to the gym. Some will take 20 minutes to have a protein bar or a shake, something to refuel if they need it, and some will get straight on with the gym, which is a full workout with a different focus each day. We’ll work lower body twice a week, upper body once a week, full body once a week and then we have two lighter sessions as well.

Every session in the gym will include a warm-up, a main strength section, a conditioning section and a core section.

Training will finish around lunchtime and then I’ll head home to do some recovery, which could be more stretches, ice or the pool.

The rest of the day is ours. I’ve found at this time of year I don’t have that much energy to do much else! So it will generally be a nap and then I hang out – I’ve got a guitar and ukulele here so I’ll write and sing, I read a lot, and this year the difference is that I have friends to spend time with! I’ll cook dinner around 5pm or 6pm and then chill and go to bed early.

It can be expensive living out here. I am very lucky to be on Lottery funding on the World Class Programme and that goes on my coaching out here.

Some of the money for living costs comes from my adidas contract and I’m lucky to have been supported by them for years now.
However, that is very dependent on how the season goes so I try and diversify my income.

As an athlete, you never know if you’re going to get injured and if that happens then all of a sudden the income stops if every bit of your money is coming from track.

So I’ll also speak on panels, some of my music stuff pays and in a very minor way I’ve also started selling little pin badges. I think more athletes should do stuff like that because it’s really hard for fans to find a physical way to support athletes.

A football fan can go out and buy their favourite footballer’s shirt with their name on the back but where can an athletics fan go and show that they are a fan of, say, Matt Hudson-Smith?

I’m lucky that I don’t have to have a full-time job like some athletes do but I’m trying to make money in more ways than just competitions. I’m supported in the UK by Realis Estates and have been so grateful for their support.

My advice before a move

Make sure you have a solid support system back home that’s ready to be there for you. When I moved, my training group were really nice but a lot of them already knew each other and they would do things that needed cars which I didn’t have at that time. I really leaned on my friends back home – I needed them.

In terms of training, you come out to a place like this expecting to work hard. If you’re brave enough to be making a move that big, you’re willing to do difficult things.

A really big thing is to dive in head first and have faith in the programme that you’re working with. Absolutely trust it and believe that it’s going to work, because that’s half the battle.

You’re the one that has got to compete. If you’re there the whole time thinking ‘this isn’t right, this isn’t going to work’, that’s what your body is going to give you.

When I got to the stage where I really committed to it, I saw results.

» Jazmin Sawyers is on Twitter and Instagram at @JazminSawyers. Her pin shop is available at sawyersstudio.bigcartel.com and due to be updated soon