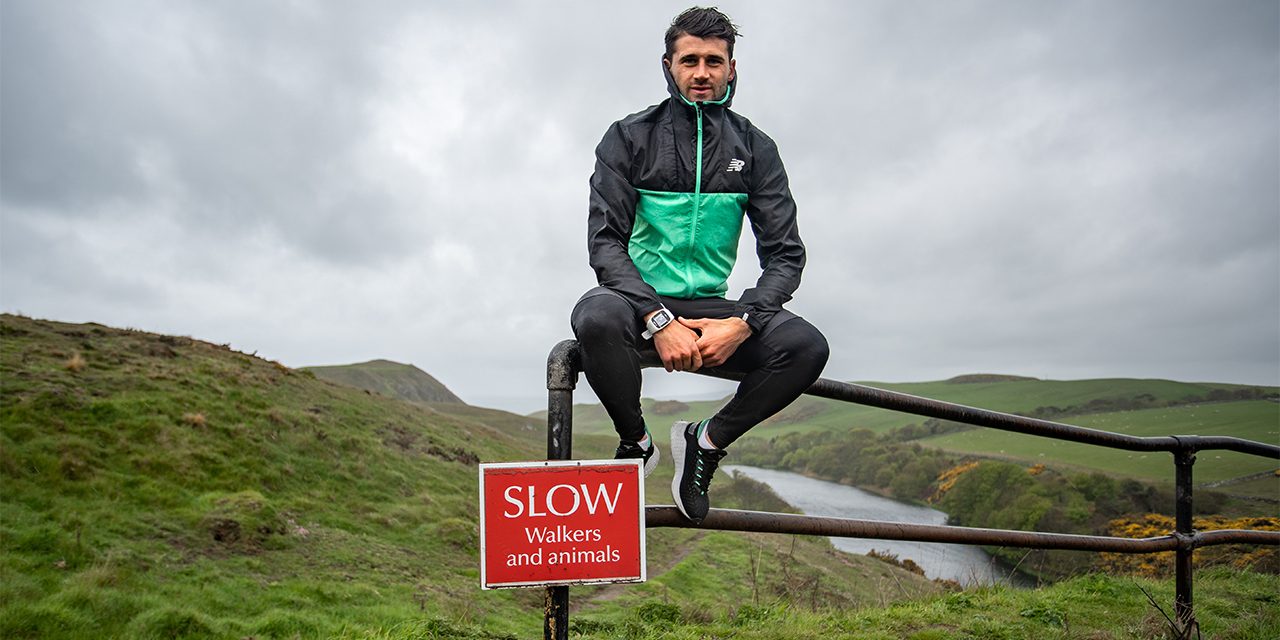 This evening’s meeting in Lausanne should be a very different Diamond League experience for Guy Learmonth compared to his last race. He’s had time to prepare for it, for starters.

Having been on standby for Rabat, the length of wait for the 27-year-old had been such that he opted to keep training heavily and was tucking into a haggis and cheese pasty at a local café when the call came very much at the last minute.

A ninth-place finish in the 800m in a time of 1:47.51 after a mad dash to Morocco, he says, felt like the last rep of a really hard session. “It just so happened that, for that rep, I was surrounded by world-class athletes,” he chuckles.

“I believe I can beat anyone and I believe that I can compete with these boys but I need half a chance and I need to be prepared for it so I’m glad Lausanne have given me a chance and I’m going to go for it.”

The intention is to get used to keeping exalted company, to make moving in the finest athletic circles a habit.

After an incident-packed indoor season which, it’s safe to say, didn’t go to plan, Lausanne is the next step on a journey which Learmonth hopes will come to a climax in the final of the 800m at the IAAF World Championships.

Learmonth is guided by long-time coach Henry Gray in the Scottish borders, but a training camp in Florence with Australian 800m Olympian Peter Bol and his coach Justin Rinaldi has been the location for Learmonth’s most recent preparations.

Trips such as this are all part of the changes the former British champion has made in pursuit of success, an approach which he expands upon in the July 4 issue of AW.

His hopes are high, as are his ambitions.

He insists his PB of 1:44.73, which puts him third on the Scottish all-time lists behind Tom McKean and Jake Wightman, will have to go.

“We’re getting into the main bulk of the season now and I really want to start pushing things on,” adds Learmonth. “I’m in a good place.

“I feel like I’m in PB shape and that I’ve been knocking on the door of 1:44s. The main thing is to get these (world) standards but I don’t get too bogged down with that. I’ve hit the times every year and qualified for all the teams so it’s never a problem. I want to be running 1:43 by the end of the year and it’s about bringing it out and gearing the training so that I peak at the right time.

“Henry says he thinks I’m in the best shape I’ve ever been in and now I’ve got some big races to look forward to and it’s time to bring out.”

It’s confident talk and might raise eyebrows among those who saw Learmonth punching the track and breaking his hand after crashing out at the Müller Indoor Grand Prix in Birmingham, then ending his participation at the European Indoors in Glasgow sat slumped at the side of the track after colliding with Mark English. 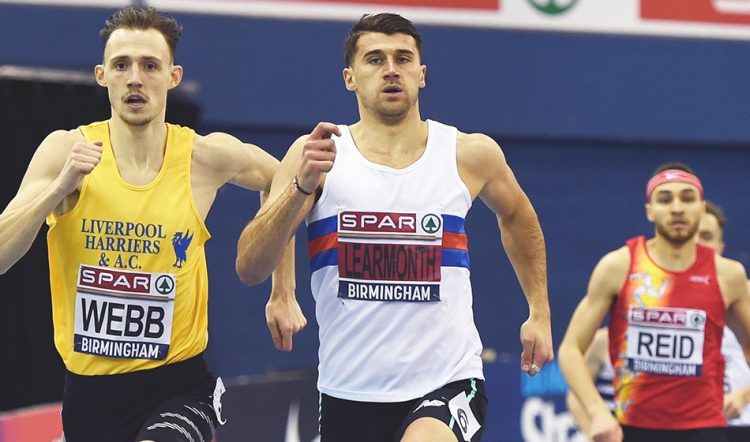 However, this is a man who will not shy away from saying – or showing – how he feels.

“Other people are scared to do that because they’re scared of failure and scared of setbacks. I’m not scared of either of those and I know that if I do fall short in a race or a championships, then it just wasn’t meant to be and I’ll go back to working hard again and I’ll keep going until it does happen.”

Plenty of training miles have now been run since Learmonth left Loughborough to return north and reunite with Gray, who came out of retirement to coach the athlete who was a teenager when first they worked together.

“I’ve got some key figures in my life who are investing everything into me because they believe in me so much,” he says.

“In the first years after I left Loughborough it was ‘oh, I’m going to prove everyone wrong’ and I’ve already done that with the times I’ve run during that time.

“The proof is in the pudding with what I’ve run. I’ve improved by over two seconds since I left and I’ve done that off the bare minimum – with no facilities, no resources – and that says it all.

“I think that has been a change in motivation. That has freed my mind up a bit as well – that I don’t feel like everyone’s against me. I feel like I’ve got so much love and support and it’s up to me now to push through that final barrier because I feel like we’re on the cusp of some massive things.”

“When you’re younger you feel like you know everything and you won’t listen to anyone ‘it’s my way or no way’,” says Learmonth. “That was the mentality I had, whereas now as I’ve got a wee bit older, been around the block, made all the championships…I’ve been through everything.

“I never used to watch any of my races back because I just wasn’t bothered. Win, lose or draw, it was a case of ‘what’s next?’. I just wasn’t professional enough and now we analyse everything – working on my technique, trying to run more economically and rather than just smashing my body into the ground things are a lot more technical now.”

Global success is the ultimate aim but, to achieve that – and book his ticket to Doha – Learmonth knows it will be no mean feat to do well at next month’s British Championships.

“I never want to do any worse than I’ve done at a previous championship and London was a semi-final so in Doha it has to be the final,” he says. “As you’ve seen in many finals it doesn’t usually go to plan, especially in the 800m, so the hardest part is getting to the final.

“It’s going to be very hard to make the team this year but it’s same every year – the UK is so strong and it keep every athlete on their toes.”

That strength was underlined by the recent record-breaking performance of the 17-year-old Max Burgin, who clocked 1:45.36 to become the fastest British U20 800m runner in history.

Learmonth, however, hopes that the youngster is given space to develop at his own pace.

“Regardless of age, 1:45 is fast as hell,” he says. “He front ran it and he’s a very special talent – I just hope he can be well looked after because we’ve seen a lot of talented juniors in the past who haven’t followed it through to the senior ranks.

“He’s raised the eyebrows of a lot of people in the UK and around the world. I hope he can stay in one piece and he’s got a very bright future ahead.

“He’ll have college, university or whatever also going on in his life over the next few years so just let him develop naturally.

“Whatever he’s doing is working and I hope people don’t interfere too much.”