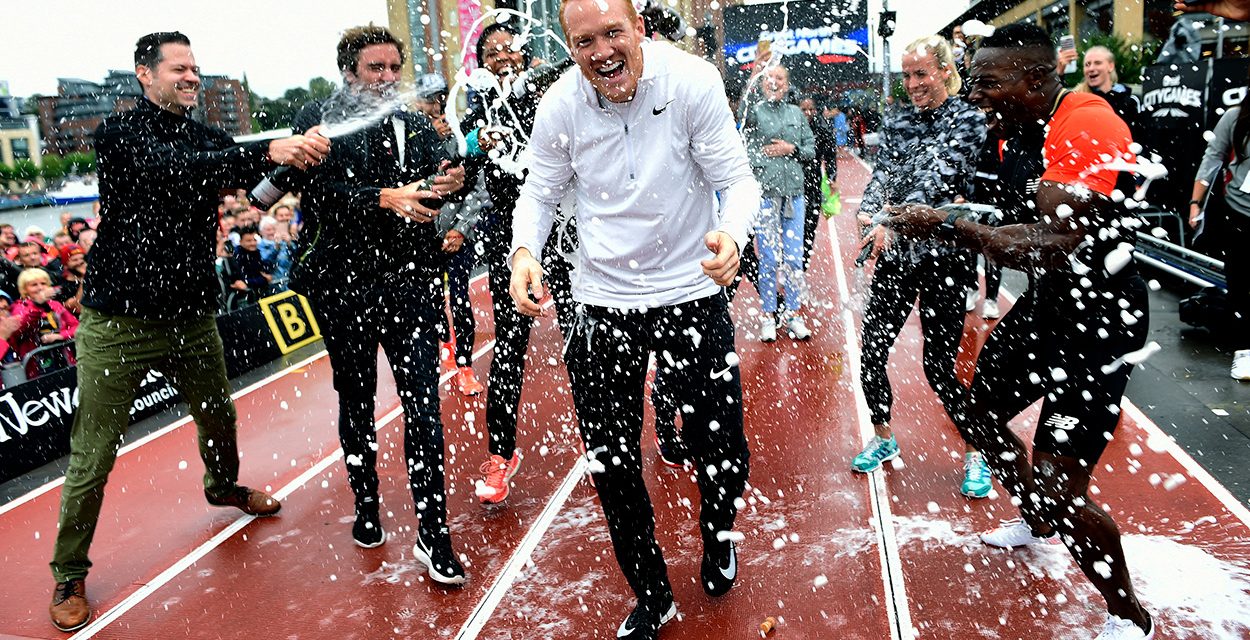 For Greg Rutherford there were a few tears but not because he finished in third – just 3cm behind winner Jack Roach – but simply because it was his last-ever long jump competition.

Competing in front of a superb crowd on the Newcastle side of the quayside, he managed to nurse his injury-troubled and battle-hardened body through four rounds with a best of 7.38m as Roach took the win with 7.41m and James Lelliott was runner-up with 7.39m.

“It was remarkably emotional,” Rutherford said. “The crowd was special and gave me an amazing send off and I had fun mingling with them and having photos and with some of them.

“Then I stepped out on to the runway for the last jump and it just hit me that ‘this is it and the last time I am going to do this as a professional athlete’ – and I got quite teary. So I thought ‘let’s go out with a bang although these days it’s a bit of a limited bang.”

Quick chat with a champagne-soaked @GregJRutherford after the final long jump competition of his highly successful career #GNCG2018 @Great_Run pic.twitter.com/s6Frlbf6hP

.@GregJRutherford speaks about his interest in the political side of the sport now his competitive long jump career has ended. "For the youngsters coming through, it would be great to see them turned into the stars that they should be." pic.twitter.com/Bo1S4hbzLy

Roach, meanwhile, who comes from Morpeth, trains at Gateshead and studies at Northumbria University, found it surreal to be jumping alongside such an athletics icon.

Six years earlier, when Rutherford won Olympic gold in London, Roach was a promising teenage high jumper studying in Bournemouth and he remembers settling himself down in front of the television to soak up ‘super Saturday’.

“It was a great experience today and Greg gave me a lot of encouragement,” said Roach.

“I’ve not been doing long jump for too long but in the last 12 months everything has taken off.

“I’ve had competitions which have been a real eye-opener – and this was obviously one of them – and it just makes you hungrier for more.”