“Since I broke my foot, I started as an open book – unread and untapped,” says Andrew Butchart 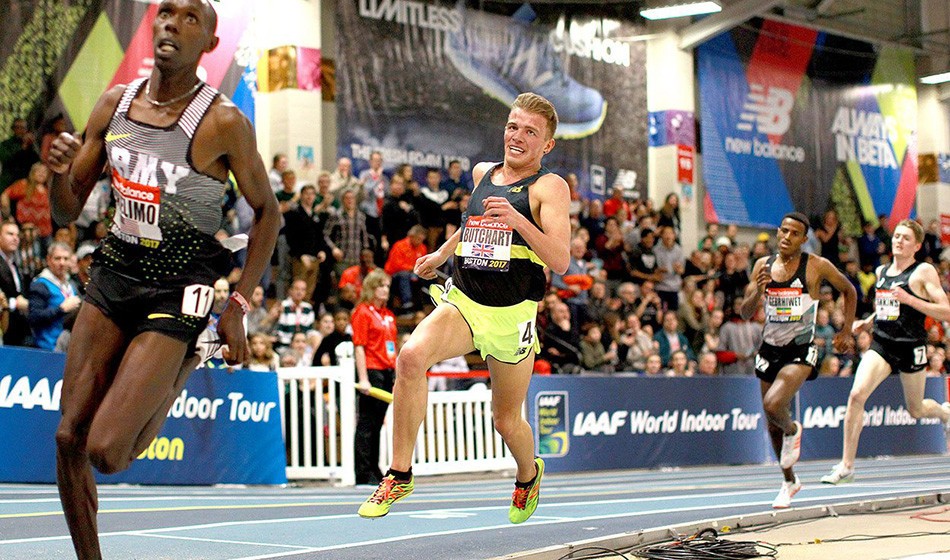 Andrew Butchart insists he can’t wait to get back into the heat of competition after “wiping the slate clean” during his lengthy comeback from injury.

The Olympic 5000m sixth-placer will line up for a 3000m in Boston on January 26 – his first indoor race since breaking the navicular bone in his right foot at the Millrose Games in New York almost a year ago.

Butchart’s recovery has been a long, meticulous, process overseen by his coach Terrence Mahon and the Scot is now raring to go for an indoor season which he intends to culminate with success at the European Indoor Championships in Glasgow at the beginning of March.

And while he would never wish to go through such an injury experience again, the 27-year-old admits there have been benefits to coming back to the sport after some time away.

“It’s actually been a bit different, which I think is a pretty good thing,” he says. “I was kind of set in my ways before in terms of what runs I would like to do, whereas when you don’t run you almost wipe the slate clean and get a fresh canvas.

“Terrence has been happy because he can do what he wants (in terms of training sessions) and I just see it as normal now. Training has definitely really changed a lot but I haven’t really realised it because, since I broke my foot, I started as an open book – unread and untapped.

“If you go to work 9 to 5 every day and then take a month off, when you come back the office is going to be slightly different and you’ll adapt to it. That’s what I’ve done – I’ve adapted to new things that I didn’t even realise I needed to adapt to.

“It’s still the same end goal, it’s just that the goalposts have changed a little bit in a couple of places.”

It’s a little over a year now since Butchart and his girlfriend Lynsey Sharp, who will also begin her racing year in the women’s 800m in Boston this month, moved out to San Diego to work under the watchful eye of former British Athletics endurance coach Mahon, who has also guided the likes of Chris O’Hare, Deena Kastor and Ryan Hall.

“He knows his stuff,” adds Butchart. “He’s so well respected in America and he’s coached athletes who have run a lot faster than me – it’s not as if it’s a privilege for him to have me or anything. It’s his business. He wants to get the best out of me and I’m happy for him to do that.”

Butchart has raced a couple of times on the road, most recently in November, during his comeback and, as he admits in a wide-ranging interview in the latest issue of AW, he wants to “prove that I am fine”.

Confidence is high that all is very well, however.

“The foot’s good,” says the 2017 European cross country bronze medallist. “Touch wood, I haven’t had any problems so everything’s good to go. I’m in pretty good shape. The training sessions I’ve done have proved that I’m in quite a good place just now.

“No issues at all. I’m happy with how everything has turned out since breaking my foot.

“I think that we’ve come through it pretty well.”

He has emerged from the whole process, however, as a slightly different runner.

» See the January 17 edition of AW magazine, which is available digitally here, for more from an interview with Andrew Butchart