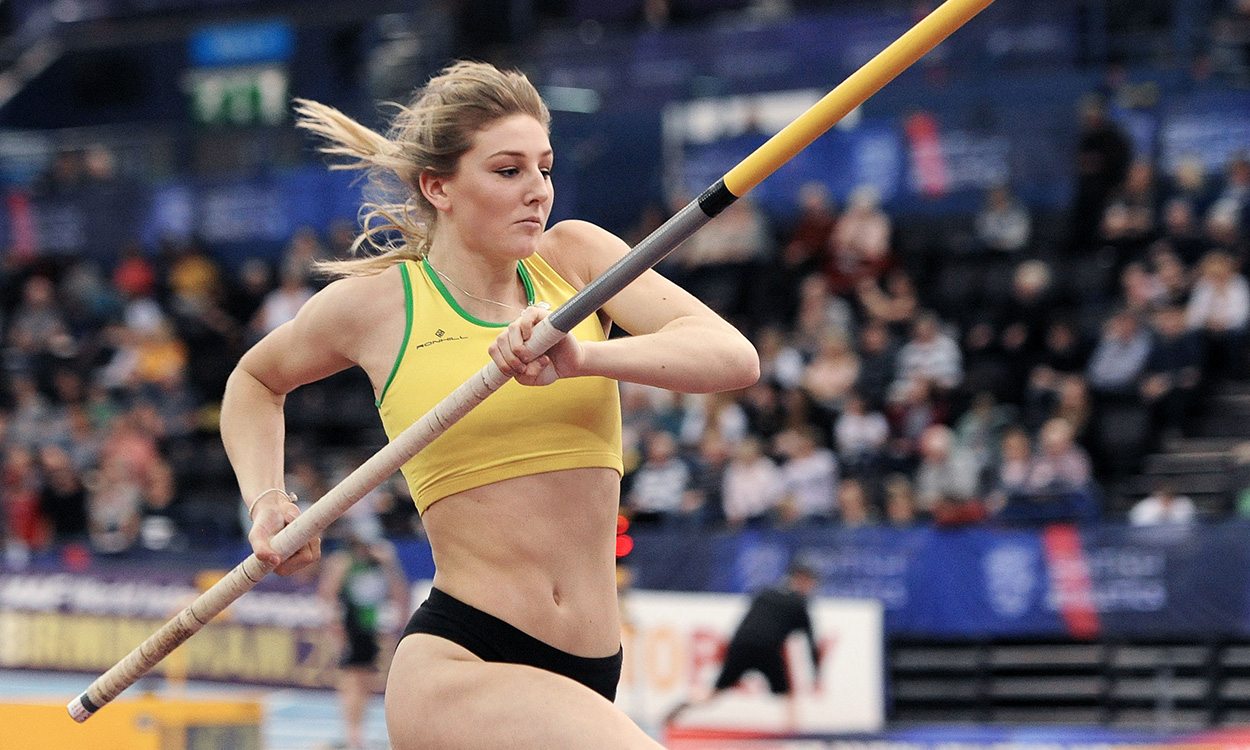 Pole vaulter’s 4.53m in Mannheim is one of the highlights on a busy weekend of athletics

Molly Caudery qualified for the Commonwealth Games earlier this year aged just 17 and now, at 18, she is going from strength to strength after setting a British under-20 women’s pole vault record of 4.53m to win at the junior international meet in Mannheim on Saturday.

It is proving a great year for the pole vaulter despite the fact she hardly did any actual vaulting all winter due to lack of facilities in her native Cornwall in the south-west of England.

That will change later this year when she starts university in the United States. For now, though, her next target is next weekend’s Muller British Championships in Birmingham where she will face UK No.1 Holly Bradshaw.

Britain has sent a team to Mannheim for many years and Mo Farah and Greg Rutherford are among those who have used the meeting as a stepping stone for success.

In addition to Caudery, hammer thrower Jake Norris was also in fine form with an 80.28m victory – not far off the 80.45m mark that saw him make the cover of the latest AW.

Also in Mannheim but competing in a senior pole vault competition, Eliza McCartney, the Olympic bronze medallist from New Zealand, broke her own area pole vault record with 4.92m.

After the swift 100m finals at the US Championships in Des Moines on Friday, the action on Saturday saw Deanna Price throw the hammer 78.12m for an area record and to go No.4 on the world all-time rankings.

In the ultra world, Jim Walmsley broke the course record at the Western States 100-mile race in California by 16 minutes as the American clocked 14hr 30min 4sec, while David McLure won the Ronhill West Highland Way race over 95 miles.