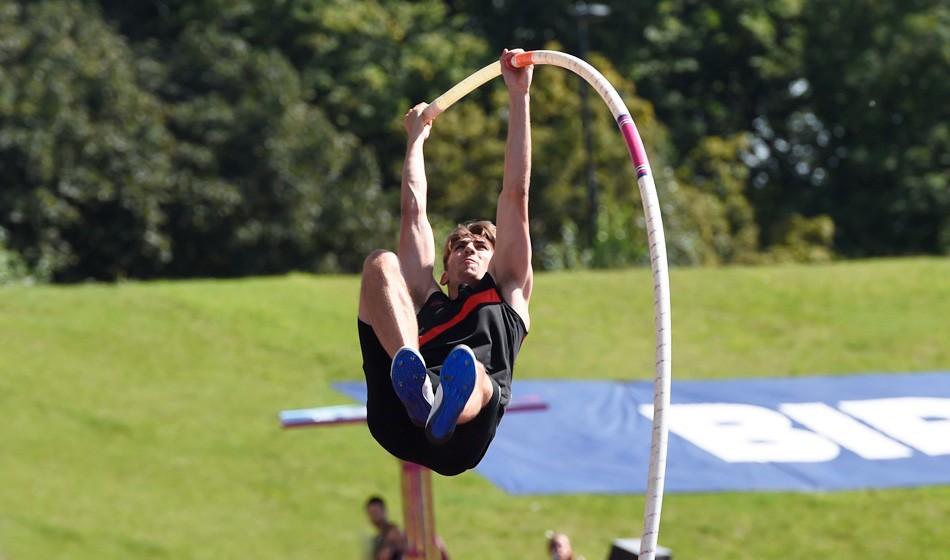 Harry Coppell soars up the UK all-time rankings and qualifies for Doha with 5.71m vault at the Müller British Athletics Championships in Birmingham

It was quite a competition for Harry Coppell. Despite warm conditions and a swirling wind, he took gold with 5.71m – a PB, qualifying mark for Doha, stadium record and ‘Müllerlicious performance of the day’.

The 23-year-old is a former world youth champion and on the first day of the British Championships in Birmingham on Saturday he came of age as he improved his best of 5.61m to jump from ninth to equal-fourth on the UK all-time rankings.

Pole vaulter Harry Coppell qualified for Doha and soared up the UK rankings with a 5.71m win at the #MullerBritishChamps today. He chats to AW about his brilliant day… pic.twitter.com/z4N6kqyDGA

“This wasn’t quite out of nowhere, but everything had to come together on the day and it did,” said Coppell, who beat Jax Thoirs (5.56m) and Adam Hague (5.46m) to take the gold.

“Hopefully I can get an Olympic qualifier (5.80m) too as I was quite close here. I had a couple of attempts at it but then pulled out as it’d been a long competition as it was warm and I’d wasted lots of energy in early jumps today.”

Maybe he can achieve that height at the IAAF World Championships in Doha. “It feels amazing achieving the standard for Doha,” he added.

See the rest of the men’s news from day one in Birmingham here and a report from the women’s events here.