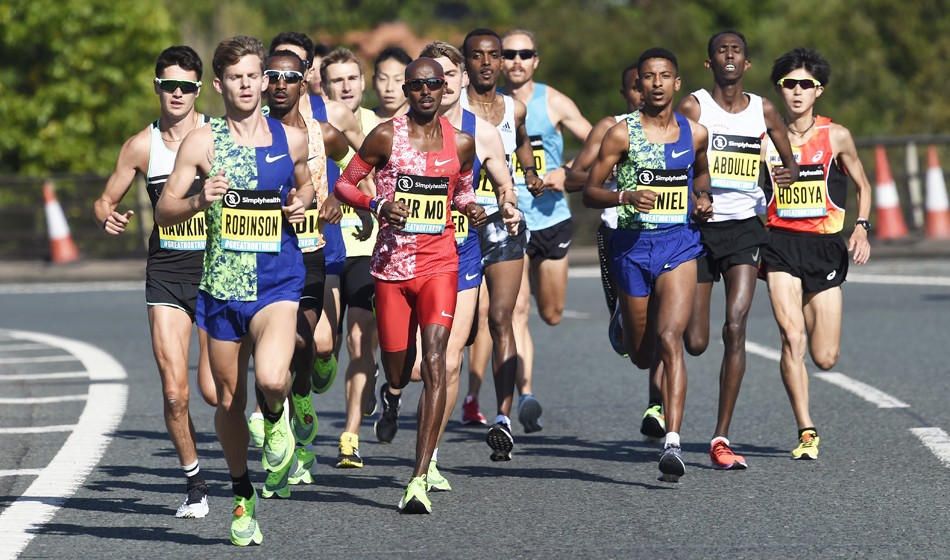 British runner’s winning streak on Tyneside continues, with a European half-marathon best to boot, but he has to work hard to beat Tamirat Tola

Of all Mo Farah’s six victories in the Simplyhealth Great North Run, he has rarely had to dig as deep as he did on Sunday.

The 36-year-old Briton was dropped by Tamirat Tola as the Ethiopian threw in vicious surges of pace in an effort to break clear. But Farah rallied and passed his rival to establish a clear lead before hitting the final mile on South Shields sea front.

The result was not only a hard-fought victory but a PB of 59:07 as Tola was left five seconds behind.

Farah’s time is also the fastest ever by a European runner. The Great North Run is not eligible for record purposes but he went quicker than Julien Wanders’ European record of 59:13 set in the RAK Half in February.

“I was confident early on,” said Farah, “but after eight miles I could feel it a bit and it felt a bit quick and I thought ‘surely he can’t keep it going’.

“He was pushing and pushing and at a couple of points he got a bit of a gap but I kept fighting and thought ‘don’t let him get a bigger gap’. I also know the course better than him.”

Mo Farah on why he never doubted himself and kept fighting in order to run down Tamirat Tola to take his 6th #GreatNorthRun title. pic.twitter.com/Iwg5zx2jX8

This was never going to be an easy race for Farah due to Tola’s pedigree. The Ethiopian took bronze in the Olympic 10,000m in Rio behind Farah three years ago and silver in the marathon at the IAAF World Championships in London in 2017.

Both athletes are training for autumn marathons, too. Farah is gearing up for a defence of his Chicago title in just over one month’s time while Tola is doing the New York City Marathon in early November.

“If we’d run an even pace through the race then we could have run a faster time rather than the pace going up and down,” Farah said, adding that he joked with Tola after the race by asking the Ethiopian why he’d run such an up-and-down pace.

The runners passed 5km in 14:08 and 10km in 28:29 – at which stage Tola was starting to crank up the pace with 4:23, 4:20 and 4:23 for the sixth, seventh and eighth miles respectively. It was easily inside sub-60min pace for the half-marathon and Farah began to show signs of tiredness as Tola eased into a lead of 10 metres or more. But the Briton is renowned for his gritty racing ability and he was determined to win his sixth consecutive title at the event.

In third, Abdi Nageeye of the Netherlands ran 59:55 followed by Britain’s Callum Hawkins with 60:39.

Hawkins ran boldly in the early stages and went with the early pace but found things too hot when Tola began to surge at around the halfway mark. However, the Scottish runner, who is targeting the marathon at the IAAF World Championships in Doha, kept his composure and ran a strong final few kilometres to run within 39 seconds of his PB. 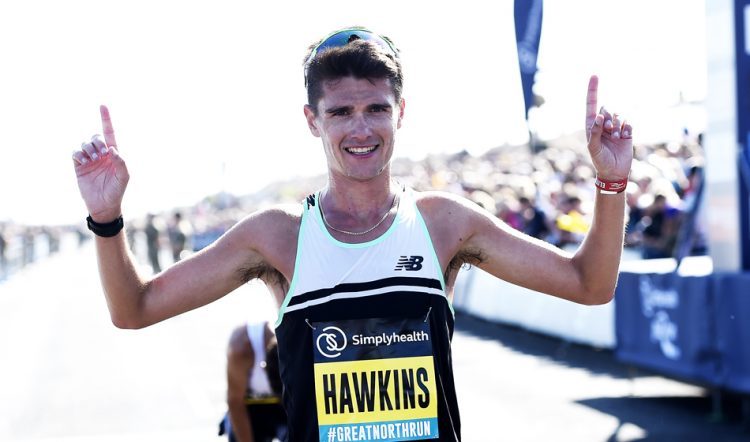 “It’s my fastest half-marathon during marathon training and I don’t think you can really compare it to my half-marathon PB,” said Hawkins, who was pleased with his effort.

Callum Hawkins was happy with his #GreatNorthRun 4th place in 60:39 given the fact he’s in heavy training for the marathon at the World Champs in Doha. pic.twitter.com/xPzS8sTCD2