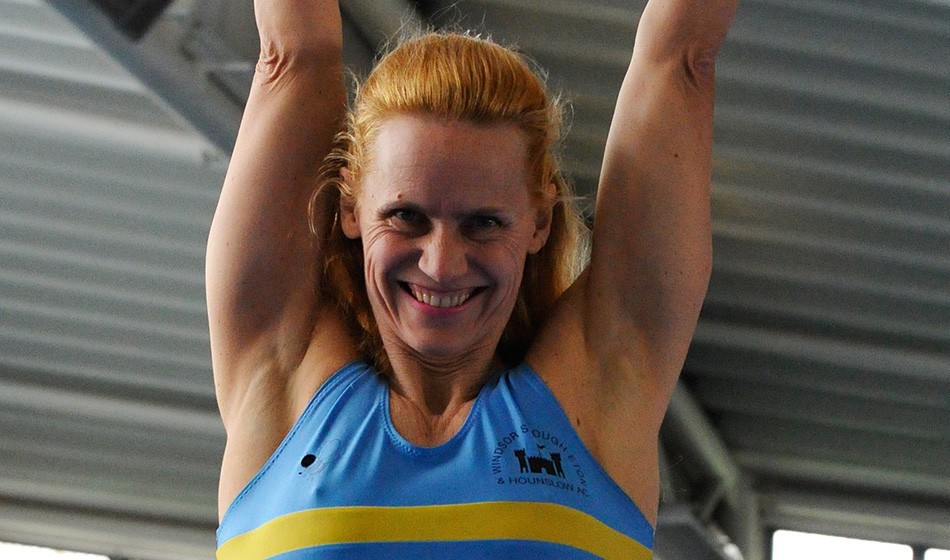 While Britain dominated the 1500m, they also picked up medals in the women’s hurdles and pole vault and the relays on the final day of World Masters Indoor Championships in Torun.

In the W60 60m hurdles, Jane Horder dominated and won the title in 10.03, well clear of runner-up Robyn Suttor of Australia.

USA’s W55 Neringa Jakstiene won yet another title to follow her jumps success with gold in 9.61.

The Briton entered the competition at 3.10m, long after all her opponents had exited, and then cleared 3.30m, 3.40m and then the record 3.51m all with her second clearances.

Alison Murray gained a bronze with a 2.80m leap.

Sue Yeomans won the W65 pole vault with a third-time clearance 2.61m while Teresa Eades won a share of the W60 title with a 2.30m leap to match Rita Hanscom of the USA.

Claudia Cubbage gained a W45 silver with a 2.20m leap.

There was also gold for the M45 team of Ciaran Harvey, Richard Rubenis, Jason Carty and 200m individual champion Michael Coogan. They won by two seconds from Hungary in 1:34.75.

Individually, M45 Simon Baines won silver with a time of 1:10:37, losing out on gold by eight seconds.

It was even closer at W50 as Sue McDonald finished just five seconds back on winner’s Fiona Bayly’s 1:23:44 with a PB.

Despite the late gold rush, Britain remained fourth in the final medal table.