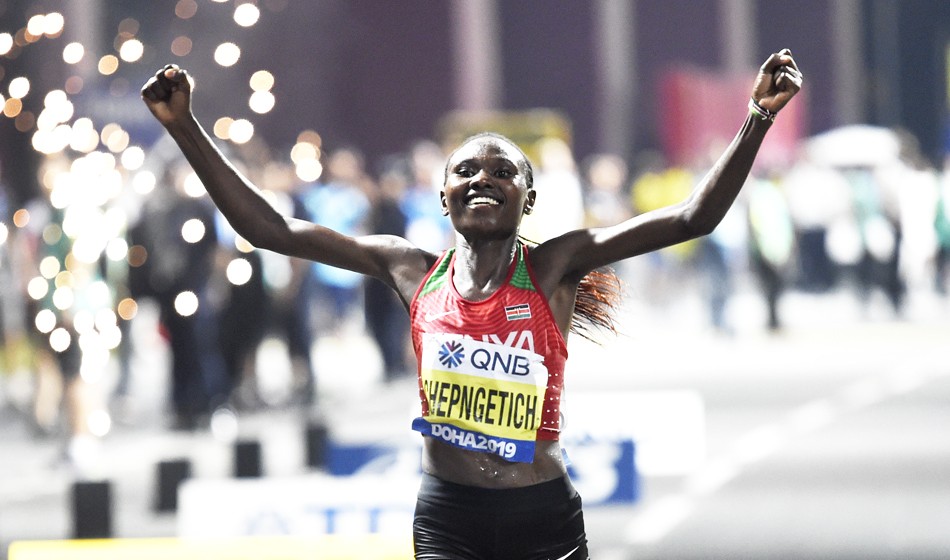 Kenyan takes first major title with the slowest ever winning time at a world championships, while large numbers of runners fail to finish

Kenya’s Ruth Chepngetich became the first winner of the 2019 IAAF World Championships but there seemed little cause for celebration at the women’s marathon as some of the fears which had surrounded the staging of the event in Doha were well and truly realised.

Despite starting at 11:59pm in a bid to provide cooler conditions, several athletes, including British hopeful Charlotte Purdue, succumbed and were forced to stop running after the 68-strong field of starters was met with an air temperature of 32.7 degrees centigrade and humidity levels of 73.3% as they set off on a journey which many of them were unable to finish.

A total of 28 failed to cover the multi-lap course along the Corniche in the Qatari capital and there will be major concerns now over the race walking and men’s marathon events due to take place over the coming days.

Chepngetich, the third-fastest female marathon runner in history after clocking 2:17:08 in Dubai back in January, took victory in a time of 2:32:42, which replaces Catherine Ndereba’s 2:30:37 from 2007 in Osaka as the slowest ever winning women’s marathon time at a world championships.

Defending champion Rose Chelimo of Bahrain claimed silver 63 seconds back in 2:33:46 and Namibia’s Commonwealth champion Helalia Johannes was third in 2:34:15. In a race at which a top 10 finish brings with it an Olympic qualifying place, only the top seven broke the 2:40 mark. 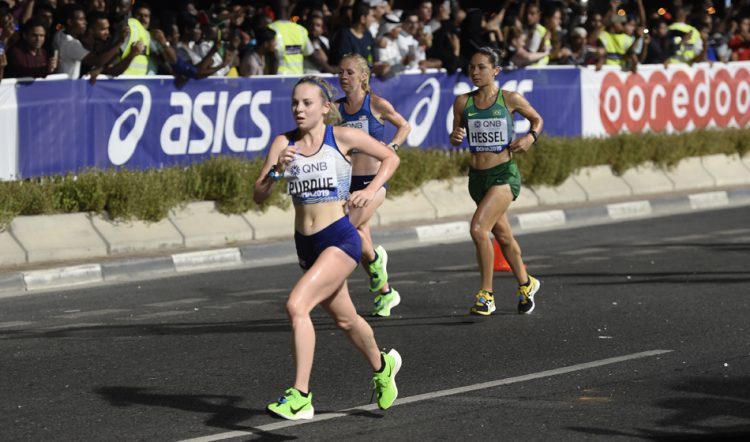 Chepngetich, who had broken away with the other medallists, as well as two-time winner Edna Kiplagat, made her decisive move not long after passing the 35km mark in 2:07:03 and began to create daylight between herself and her pursuers.

Her lead was 30 seconds as she entered the closing two kilometres and she only pulled away further, while Kiplagat’s bid for a medal at the age of 39 faltered.

When asked about the conditions, Chepngetich replied: “It was not bad for me!”

European 10,000m champion Lonah Chemtai Salpeter, who had led the field through 5km in 18:21, faded during the second half of the race and was among the many athletes not to finish.

Purdue withdrew just after the start of the third loop of six, while Tish Jones had withdrawn through injury earlier in the day and did not start.