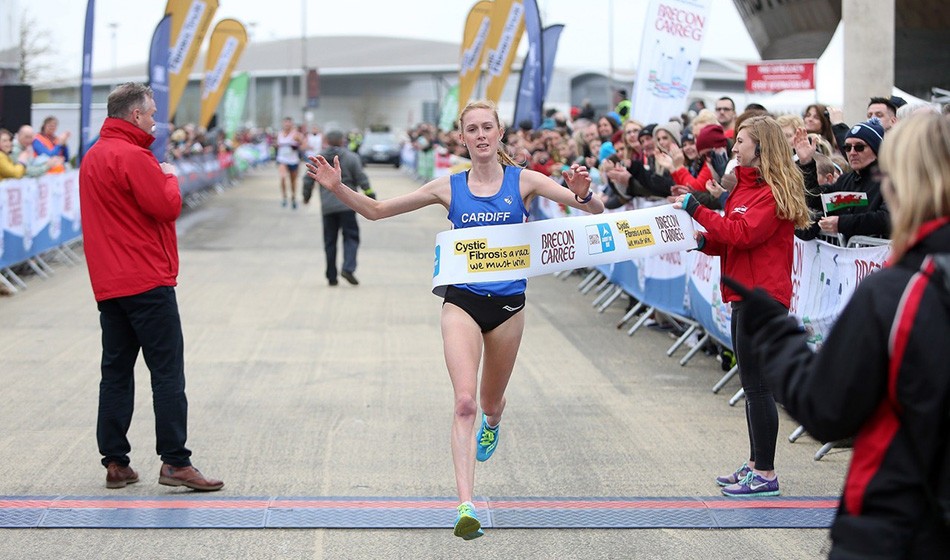 Links to coverage of the IAAF World Cross Country Championships in Aarhus can be found below, while reports on World Masters Indoor Championships action are here.

Here we highlight some other recent top results, from both the UK and overseas.

Cardiff AAC runner Arter led from the off as she targeted Angela Tooby’s 35-year-old Welsh record. The parkrun world record-holder looked determined to create more history on the flat course around Cardiff’s historic Bay as she passed the Wales Millennium Centre and Norwegian Church before she reached the halfway mark at the Cardiff Bay barrage in 16:07, a second inside Tooby’s standard.

A strong headwind whipping off the Severn Estuary slowed her progress, but not enough to stop her from blitzing the women’s field to take the win in 32:49 ahead of Belgium international Nina Lauwaert, who was 26 seconds behind, and Clara Evans, who ran a PB of 33:26.

“It’s brilliant to get the win, especially racing on the streets of Cardiff. The conditions were tough in those last two miles but I’m delighted to get the win,” said Arter.

“I was hoping to run a PB and I knew if I did that I would have got the record. I was on pace at the halfway mark and I was feeling good but the wind made it tough and in the end I just wanted to make sure I finished strong to get the win.

“The year has started really well, I want to keep on building momentum now, I’m heading off to America next week for a few races and an altitude camp. My main aim is to hit the 10,000m hard in May, but I just have to keep on enjoying it and keep working hard.”

Clarke bided his time alongside the much improved Jake Smith, Josh Griffiths and Ieuan Thomas before grasping his opportunity when Clowes pulled up with a hamstring injury with a kilometre to go.

The Aldershot, Farnham and District runner moved clear of the chasing pack in the home straight and took the tape in 29:28 to slash 18 seconds off his personal best. Cardiff AAC’s Smith took silver four seconds back ahead of Griffiths in third as six men ran under 30 minutes. 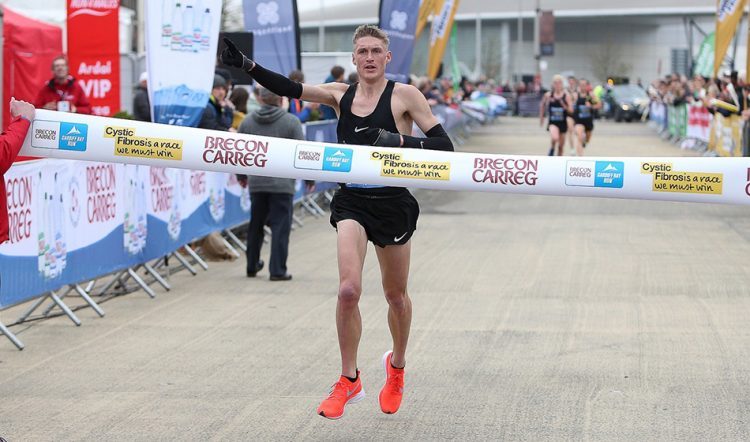 The race also incorporated the Welsh 10km Championships. Swansea Harrier Griffiths took gold ahead of Thomas, who finished in 29:35. Cardiff AAC’s Ciaran Lewis took bronze in a PB of 29.48.

Richie Powell won the wheelchair race in 33:18, almost 10 minutes ahead of his nearest rival.

Richard McDowell of Hercules Wimbledon won the men’s race in 91:27, while Trent Park’s Emily Jeanes claimed the women’s title in 1:55:32.

Kevin Wood and Morag Millar secured success in respective times of 68:23 and 76:55.

Aberu Mekuria and Jimma Shambel claimed an Ethiopian double, clocking a PB of 2:24:30 and 2:10:28 respectively.

There was a Kenyan double in Warsaw as Gilbert Masai and Gladys Kipkoech took the titles in respective times of 61:43 and 70:19.

Dickson Simba won in 62:39, while Mary Wangari completed the Kenyan double as she took the women’s title in 72:45.

There was a Grenada record as Anderson Peters won the javelin with a throw of 86.07m.

In the relays, the men’s LSU 4x100m team ran 38.41 over Houston with 38.45, while the women’s US Blue team of Kendra Harrison, Jenna Prandini, Kori Carter and Tawanna Meadows ran 43.12 over the USA White quartet of  Sharika Nelvis, Ashley Henderson, Morolake Akinosun and Tori Bowie with 43.68.

After soaring out to a Jamaican under-20 long jump record of 8.05m, Wayne Pinnock returned to the track to win the 110m hurdles in 13.06, a time which puts him fourth on the world under-20 all-time list.