Brigid Kosgei runs fastest half-marathon ever by a woman 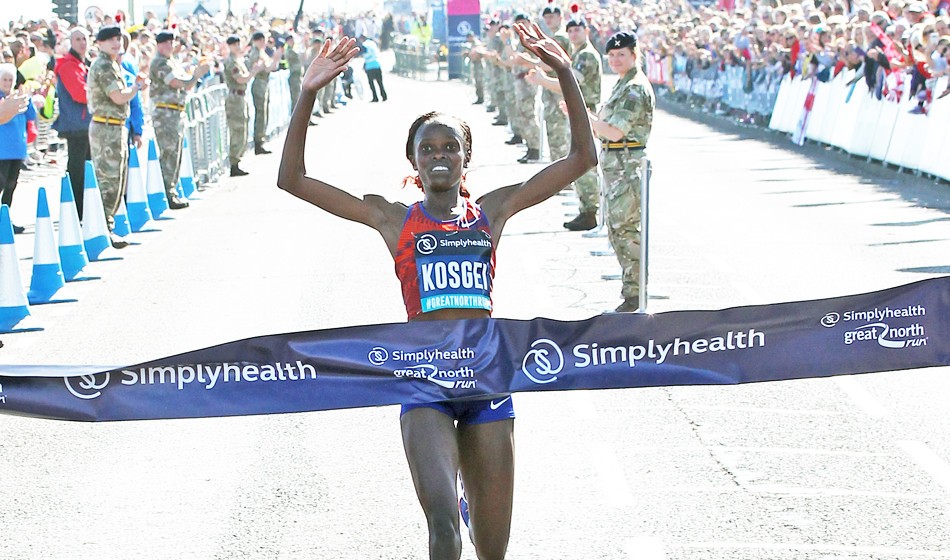 With one of the most impressive performances in the history of women’s distance running, Brigid Kosgei stormed to the fastest half-marathon of all-time by a female at the SimplyHealth Great North Run on Sunday.

The Kenyan’s 64:28 saw her finish more than three minutes ahead of her rivals on a brilliantly bright and sunny day on Tyneside.

Magdalyne Masai, Linet Masai and Mary Keitany finished second, third and fourth with Charlotte Purdue excelling in fifth with a PB of 68:10 to move to No.3 on the UK all-time rankings as fellow Brits Steph Twell and Hayley Carruthers also ran PBs of 70:52 and 71:05.

Kosgei’s scintillating performance stole the headlines, though. The 25-year-old won the London Marathon earlier this year and looks in even stronger shape now than she was in April as she prepares for the Chicago Marathon in five weeks’ time.

The Great North Run is not eligible for record purposes but Kosgei’s run was 23 seconds quicker than Joyciline Jepkosgei’s world record of 64:51 set in Valencia in 2017.

Kosgei cut loose from the start and built up a big lead in the early stages. She passed 5km in 15:39 and 10km in 30:53 as she surged away from her fellow Kenyans.

“I was not expecting to run a record time. I just tried my best – that was all,” said Kosgei, who told AW she felt great throughout and that it bodes well for her upcoming marathon. “Today was great preparation for Chicago.”

Brigid Kosgei tells AW what it feels like to be the fastest female half-marathon runner in history. #greatnorthrun2019 pic.twitter.com/4dEF1r4E4m

Purdue was delighted to beat her PB of 69:46 and she will now train hard for a further week before tapering for the marathon at the IAAF World Championships in Doha. 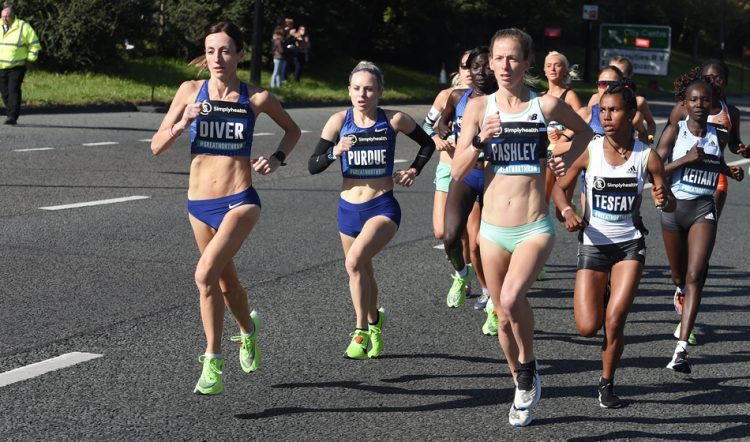 “My coach Nic Bideau said I was in great shape and he never lies,” she said. “He’s been on the bike with me in training and says I’m in PB shape in every event from 1500m through to marathon. So it was great to get a good time out there today and I felt good.”

Paula Radcliffe and Liz McColgan are now the only Britons to run faster for half-marathon than Purdue, whereas for Twell it was a solid run as she prepares to race 10,000m at the IAAF World Championships in Doha ahead of the Frankfurt Marathon at the end of October.

In the women’s wheelchair race, Jade Hall made it a double British victory as she clocked 50:15 to beat Shelly Woods, who clocked 51:41.

Elsewhere, one week after winning the world 50km title in Romania, Alyson Dixon from local club Sunderland Strollers set a Guinness world record for fastest woman dressed as a superhero with 78:27.