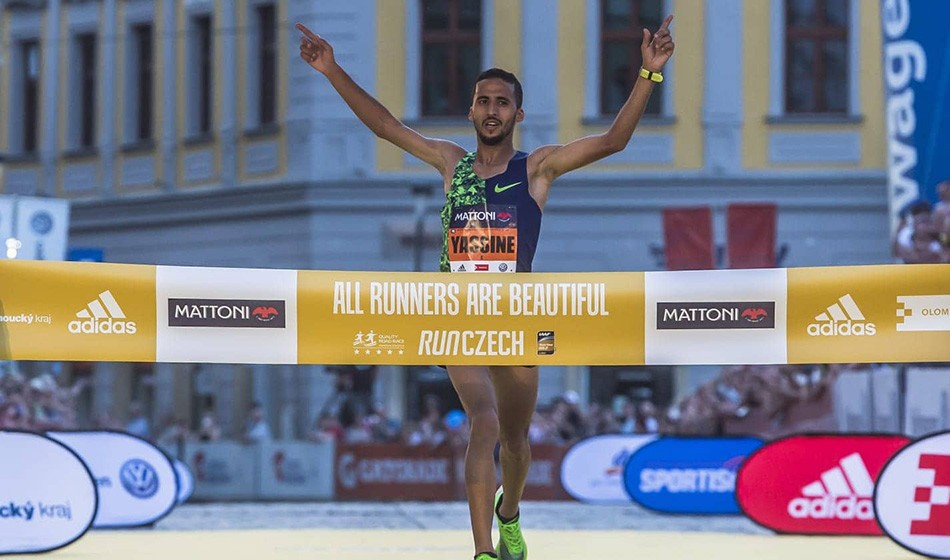 Italy’s Yassine Rachik and Lilia Fisikovici of Moldova continued their winning ways in the RunCzech EuroHeroes Challenge series, taking the titles in Saturday evening’s Mattoni Olomouc Half Marathon in the Czech Republic.

In hot conditions, with the temperature around 30°C at the start of the race at 7pm local time, Rachik clocked 64:26 and Fisikovici 73:32 for clear victories. 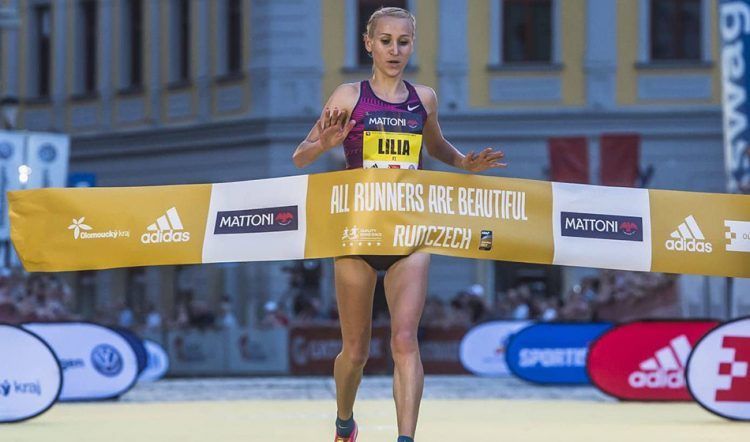 That makes it three wins from three races for the pair in the EuroHeroes series, following their success in Karlovy Vary in May and Ceské Budejovice at the beginning of this month.

The four-race series was launched in 2018 with the support of European Athletics and aims to highlight new sporting heroes from the continent, as athletes claim points for their performances and can compete for a separate EuroHeroes ranking and prize structure.

Britain’s Steph Twell had been looking to use the IAAF Gold Label race as an opportunity to test herself and also gain some points in the IAAF world rankings. She finished fifth in 75:57 and although later saying that her race didn’t go to plan due to a few factors, the UK 10km road champion added that she will be able to take some valuable lessons from it moving into her future training and racing block as she works towards an autumn marathon.

Steph Twell finished fifth in 75:57 at this evening’s Mattoni Olomouc Half Marathon and says her race didn’t go to plan due to a few factors but adds that she will be able to take some valuable lessons from it moving into her future training and racing block. #OLhalf @RunCzech pic.twitter.com/wk6rauglAT

Twell had led through 10km in 34:07, with Fisikovici 11 seconds behind. But the Moldovan half-marathon and marathon record-holder started to close the gap from around 12km before moving away for victory.

Ukraine’s Olha Kotovska was second in 74:35 and her compatriot Darya Mykhailova was third in 74:57. Matea Parlov finished fourth in 75:18.

“I tried to hold on to Stephanie, but I didn’t feel well at the eighth kilometre, so I was lagging behind,” said Fisikovici.

“From the twelfth kilometre I began to approach her again and at the end managed to speed up and win. I am so happy about my victory.”

Twell was returning to road race action after a stint of altitude training in St. Moritz and following recent PBs over both 10km (31:55) and the half-marathon (71:33).

“My race didn’t go to plan today for a few factors that were hard to ignore in my finals week’s taper,” she told AW.

“However, when I knew training had been going really well, I was too excited to turn the new EuroHeroes challenge down!

“I decided to run and in hindsight I shouldn’t have, but I’ll be able to look back on this race and take some valuable lessons from it moving into my future training and racing block. I hope to still use this race series again next year to support my goals.”

The top Czech runners were Vít Pavlišta in fifth with 68:09 and Marcela Joglová in ninth with 77:55.

“It was hard to run alone,” said Rachik, “and it wasn’t easy to fight with that heat, too.”

The fourth and final event in this year’s EuroHeroes Challenge will be the Mattoni Ústí nad Labem Half Marathon, held on September 21.