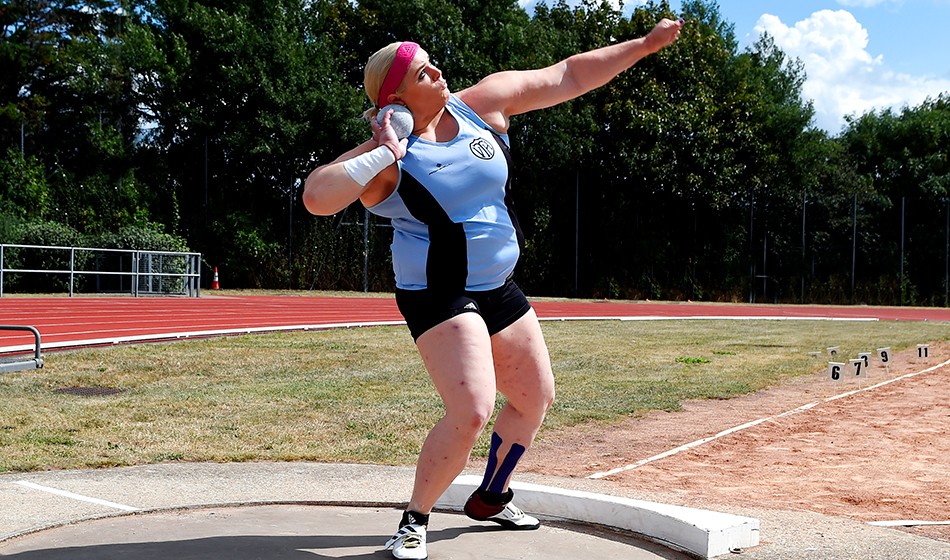 Recent results from events across the British Isles as athletics competition continues to make a comeback.

Our global round-up can be found here.

The British indoor champion threw 17.43m on her season opener for her fourth best-ever outdoor mark.

In the blustery conditions Sarah Abrams jumped a wind-assisted 6.41m (+3.4m/s) in the long jump.

Abrams’ coach, John Shepherd, said: “It was good for the athletes to have a chance to compete after so long without the opportunity and a relative lack of jumping facilities until recently.

“All the athletes were so enthusiastic about competing. Sarah plans to compete in Bournemouth this coming weekend.

“Thanks must go to the LICC team for putting on the meeting. David Bedford was spotted helping out on both days.”

Efe Okoro clocked a 400m hurdles PB of 49.68 to go under 50 seconds for the first time and win ahead of world semi-finalist Chris McAlister with 50.11.

GB junior international Abi Pawlett ran a decent 14.19 for the 100m hurdles into a slight headwind, while Trafford’s Louis Morrison produced a PB of 14.21 over the under-20 heights ahead of Drew Bradley (14.55).

Callum Jones (pictured below) powered away from Oliver Smart to win the 1500m A race in a stadium record of 3:54.2 at the second meeting of a series organised by Cornish Rebels AC in conjunction with Newquay & Par AC. 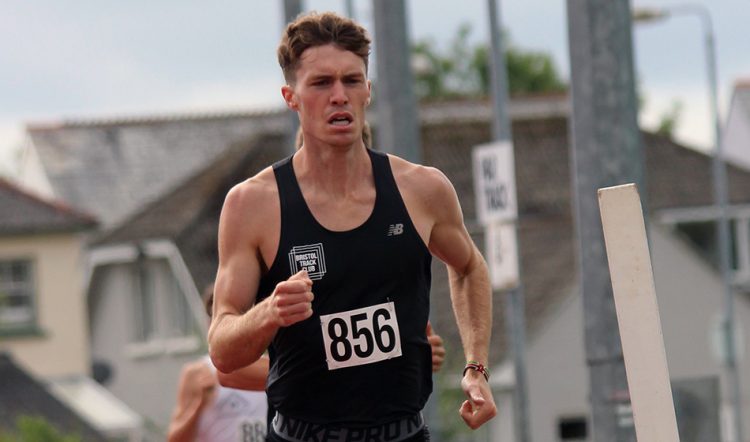 The Bristol & West athlete sat in behind Smart before surging clear on the last lap. Smart, who is aged 17 and the 2019 English Schools cross-country inter boys champion from Devon, ran a PB of 4:02.5. Lewis Cotterill, 19, a Newquay & Par runner who won the 400m in 49.5 at the first Covid 19 Series meeting the previous weekend, clocked a PB of 4:05.3 in third.

Social distancing rules were followed – with maximum fields of four and no physical contact or spitting – although athletes ran only the first straight in lanes before breaking for the inside. England Athletics guidelines say runners should set off at 200m intervals in 1500m races but the Covid 19 Series is insured by the Association of Running Clubs not EA.

“The races were set up in such a way as to ensure that social distancing of one metre plus operated,” said organiser Larry Garnham, “and all athletes made sure they followed the strict guidance and they assured the organisers they felt totally safe and praised the event’s structure.”

The final Covid 19 Series meeting on August 8 will see a series of 800m races, with the same south Cornwall track then staging four throws meets from August 15 to September 5, the latter with an EA permit.

Running in a mixed 200m race, Galpin finished a close second behind under-17 Alex Falla who clocked 24.37. 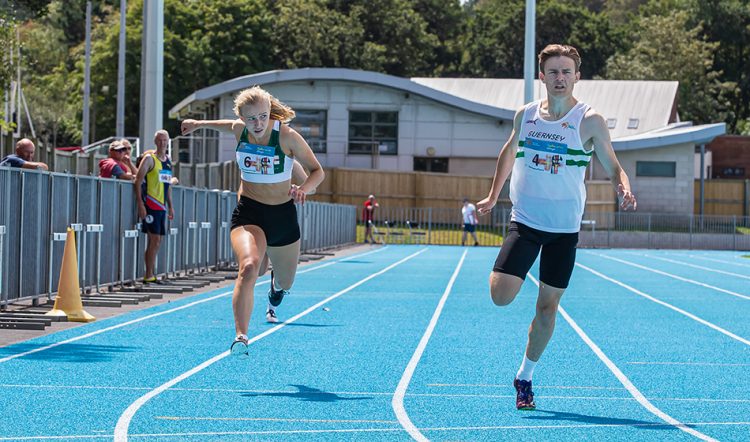 Photo by Martin Gray for www.guernseysportphotography.com

In celebration of last week’s 40th anniversary of the ‘Ovett versus Coe’ Moscow Olympics, Midland Masters Athletic Club went retro with the ‘Perfect Distance’ Virtual Time Trials. In giving a nod to Pat Butcher’s iconic book on the duo, athletes from across the region ran a 1km TT on July 26 and a 2km on August 1, to mark the exact anniversaries of Ovett and Coe’s respective triumphs over 800m and 1500m.

Kevin Pye, who won the M60 category, was instrumental in organising the event which raised £145 for Children with Cancer UK.

Carla Molinaro broke the women’s record for Land’s End to John O’Groats, running the length of Britain in just 12 days, 30 minutes and 14 seconds.