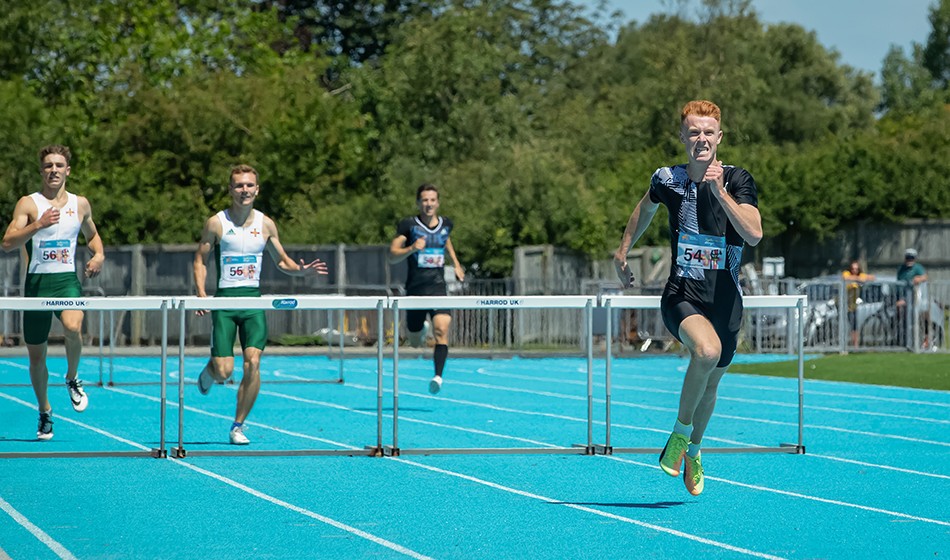 Recent results from events across the British Isles, including a fast 300m hurdles by Chalmers and PBs by Jessie Knight, Chris McAlister and Scott Lincoln

Athletics competition continues to make a comeback and here we highlight some of the top performances from England Athletics pilot events at Nuneaton, Hendon and Trafford as well as results from the Guernsey Open Meeting.

An international results round-up can be found here.

.@GsyAla clocks 35.35 for the 300m hurdles at the @GsyAthletics Open Meet, putting him fourth on the UK all-time list behind Chris Rawlinson, David Hemery and Matt Douglas.

Two Island records were broken as Sarah Mercier ran 16:29.58 to take more than a second off her 5000m mark which had been set at the Commonwealth Games in Glasgow, while Abi Galpin clocked 39.87 to improve the 300m record mark.

First competition back. Open up a strange season with a pb 20.41m. Please be patient! More coming 🤫 pic.twitter.com/yOnX7NzN0J

Jake Norris won the hammer with a throw of 71.60m.

51.9 season opener in the 400m today at the EA pilot event!💫 Was so nice being back on the start line. Fingers crossed for some more races soon 🤞🏻 pic.twitter.com/UEPVatgE4j

Efe Okoro was another with a lifetime best as he ran 46.58.

Trafford Athletic Club staged the first open meeting with a full calendar of events in the UK and the athletes responded with some impressive performances, Steve Green reports.

Former England under-23 triple jump champion Kevin Metzger competed in a 400m event featuring athletes in every other lane and promptly revised his PB with a 47.42 return ahead of Reece Ingley (49.43). Sale Harrier Metzger has been a revelation in his first year of one-lap racing.

Sagesse Nguie also displayed some great post-lockdown speed on his home track. The GB under-20 international sped to a 10.97 clocking into an almost 3.0m/sec headwind followed by 21.55 for 200m, also into a breeze.

Under-20 multi-eventer Abi Pawlett was another Trafford athlete who emerged stronger from lockdown. The England under-17 60m hurdles champion stopped the clock with a 100m hurdles PB of 13.93 and she was pushed all the way by under-17 Louis Morrison who returned a 14.18 PB.

The 800m runners had to deal with the strange reality of running in every other lane for the whole distance. This did not seem to bother Finley Proffitt who sped to a seven-second PB of 1:57.43.

More 800m action will take place at a BMC event in Trafford on July 25. Click here to find out more.

In a race which saw Canada’s Moh Ahmed break the North American 5000m record with 12:47.20, Britain’s Marc Scott raced the first 3km and then held on to complete the distance.

Click here for our full report on the action in Portland.

British ultra runners Sabrina Verjee and Kim Collison both completed record-breaking feats in the English Lake District over the weekend, with Verjee becoming the first woman to complete the 525km Wainwright Round in one go and Collison improving the Lakeland 24-hour record by scaling 78 peaks.