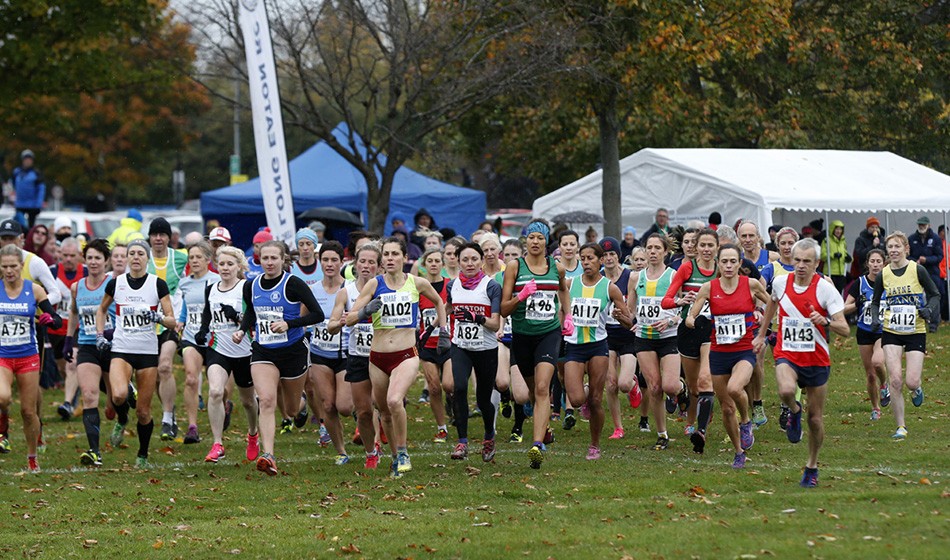 A round-up of relays action at Long Eaton

Record numbers attended the British Masters Cross Country Relay Championships at Long Eaton, which were held in very cold conditions compared to the heat waves of the area relays of the week before.

Lisa Palmer-Blount brought Derby from 10th to third with the fastest leg of 10:38 which just missed the individual course record by two seconds.

There were further course records in the W45 race as Clare Elms, in her 10th year in the age group, clipped her own record by a few seconds with a 11:06 leg to give Dulwich a 35-second lead.

Defending champions Bristol and West went ahead on leg two to lead Dulwich by 12 seconds but Michelle Lennon regained the lead on the final leg as Dulwich’s 36:12 edged Bristol’s course record.

Bingley dominated the W55 race with their Sue Becconsall fastest with a 12:36.

Westbury won the W65 race by four minutes though runners-up Worcester had the fastest leg through Elizabeth Bowers’ course record 14:05.

Oxford City broke the M65 record, as did runners-up Barnet, but it was Salford’s Stan Owen who was fastest with a 11:44 leg.

Bingley won the M75 race without opposition. Les Haynes with 13:46 was fastest.

The main men’s race was a highly competitive race and at the start of the fifth and final leg just 3 seconds covered the leading quartet.

Notts AC won in a course record 49:30 but were only seventh with two laps remaining. Multi masters international champion Tim Hartley ran a superb leg to sprint to a narrow lead with a 9:35 leg.

Alastair Watson, though not flat out due to a tight hamstring, eased away on the final leg and his 9:32 replaced the much older Hartley as fastest.

Leeds easily won the M45 title with their third leg runner Andrew Grant easily the fastest with a 9:37 clocking.

Sheffield won the M55 race by over a minute but it was runners-up Warrington’s Colin Bishop who was fastest with a 10:43.

» See the next edition of AW magazine for further coverage