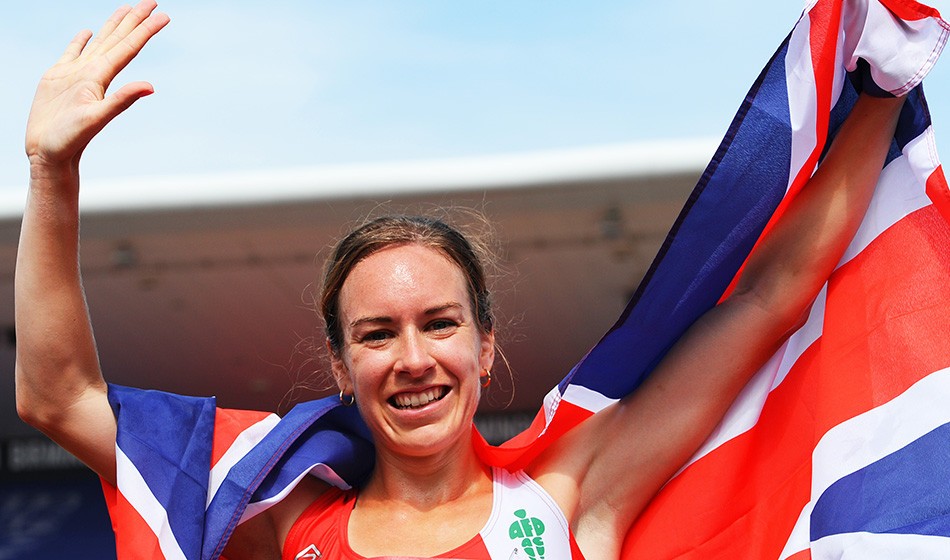 Steph Twell made a strong marathon debut in Valencia on Sunday, clocking 2:30:12 for the second-quickest time over 26.2 miles by a British female this year.

Ahead of the event, Twell had told AW that she thought a time of 2:30 would be “a safe stab” for her first attempt at the distance and she proved spot on with her prediction.

She ran a negative split, clocking 75:32 for the first half and 74:40 for the second to cross the finish in eighth place in the women’s race.

It really is a race of two halves. Delighted to now be able to call myself a #marathoner!! 26.2 didn't disappoint and reflecting on 2:30.12, I cant complain with a 52 sec negative split on my debut. Surprisingly, I preferred the second half after I woke up from my altitude legs and residual jetlag! Now looking forward to taking the positives from a small build up after a long break and then get back at some shorter distances! Thanks for all the support and well done to all the Brits out there too either running or cheering at the course today! *Particular shout out to Craig from Bournmouth- fellow Hampshire athlete who was a legend for company and running a great race himself! Love the running community! 👣❤

Kenya’s Lydia Cheromei improved her own world over-40 marathon record with 2:22:11 in second, while Ethiopia’s Tinbit Gidey Weldegebriel was third in the women’s race in 2:23:37.

Her step up to 26.2 miles comes during a year in which she raced both 1500m and 5000m at the Commonwealth Games and the 5000m at the European Championships.

She also placed seventh at the inaugural Commonwealth Half Marathon Championships in Cardiff, which came after she married fellow runner Joseph Morwood and delayed her honeymoon in order to race for Scotland in Wales.

In Valencia she was keen to test herself “to gain experience of the race and for me to understand what further marathon training requires” ahead of potentially targeting the marathon at the Tokyo 2020 Olympics.

“I’ve always had ambitions to see how I fare over 26.2 miles,” she had said. “Since becoming five times British 5000m champion on the track, I feel now would be a great time to dip my feet in the water to see if I can also have similar success on the roads.”

Her fellow Scot Callum Hawkins had been due to return to marathon action in Fukuoka on the same day but he was forced to withdraw with a hamstring niggle.

The winner in Japan was Yuma Hattori who ran 2:07:27 to become the first Japanese athlete to win the race since Tsuyoshi Ogata in 2004.