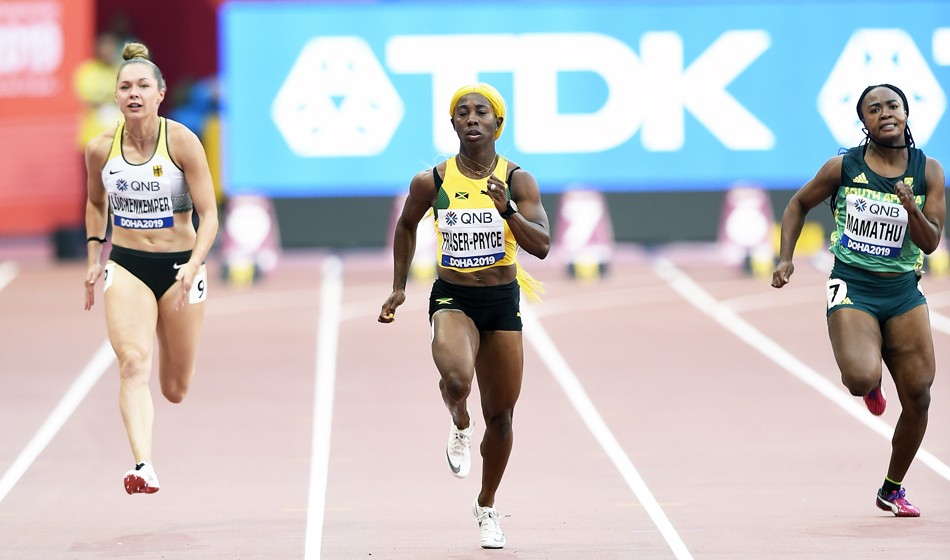 Two-time Olympic champion clocks 11.00 into a -2.2m/s headwind on her season opener, while Daniel Stahl wins in Växjö and Ryan Crouser throws a world lead in Georgia

Coverage of some of the international highlights from the past week.

Athletics action also returned to the UK at pilot meetings and coverage for those events can be found here.

Noah Lyles ran 18.90 in the 200m race but it was later confirmed that he had only covered 185m after being put in the wrong starting place.

Allyson Felix, Sam Kendricks and Andre De Grasse were among the winners.

World discus champion Daniel Stahl threw 68.72m for his sixth win of the summer so far.

Olympic shot put champion Ryan Crouser threw two world leads, first 21.83m in the second round and then 21.87m in the fifth round.

Alexandra Tavernier broke her own French hammer record with 74.94m in the second round.

At the Czech Half Marathon Championships, Vit Pavlista clocked 65:56 to win the men’s race ahead of Dominik Sadlo with a 66:49 PB, while Marcela Joglova won the women’s title in a 73:46 PB ahead of Vendula Frintova with a 74:08 PB.

A great day at the 🇨🇿 Half-marathon Championships today.
Happy to see road running again with Limited number of runners but more than 600 – together with organizers and media up to 1000 so we followed all restrictions. Normality returning slowly pic.twitter.com/s633IMHyrl

Erika Furlani cleared a PB of 1.94m in the high jump.

Peter Herzog broke the Austrian record with 13:54 to win the men’s race.

Daniel Stahl throws 71.37m in Sollentuna... plus much more from the past week in athletics.

Catch up by checking out our round-up ➡️ https://t.co/GWsCm5LIt1 #RoundUp #athletics