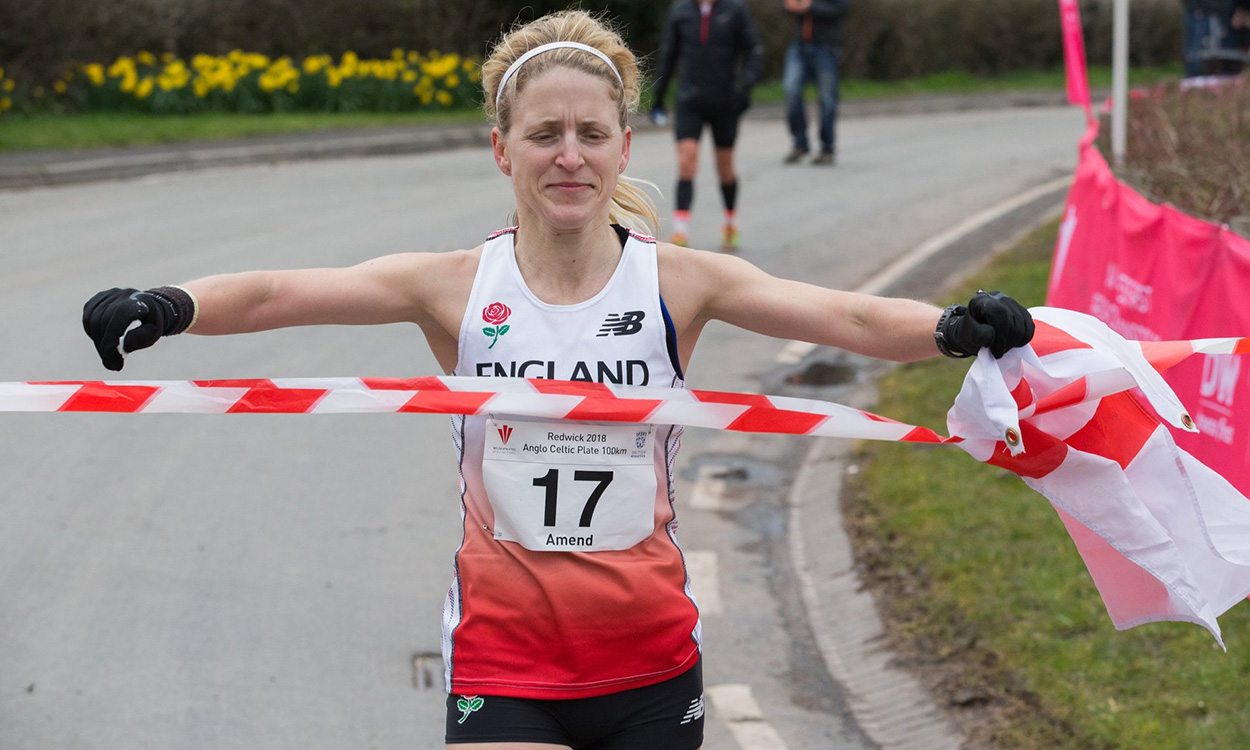 The 24th edition of the annual 100km international also incorporated the British Championships for the distance and an open event over 100km and 50km.

Steve Way was the first finisher home in the 50km race, achieving his target sub-three-hour time with a 2:58:03 clocking. Way was delighted with his performance which forms part of his preparation for the Comrades Marathon in South Africa in June.

England’s Anthony Clark led the field through the halfway point in the main race with a time of 3:26:17. Scotland’s Turner followed just two seconds behind.

The last several kilometres saw a battle between the two athletes with Turner taking the lead with around four of the 32 laps left to run.

Turner’s winning time of 7:00:30 was a huge lifetime best for the 45-year-old who took the Scottish 100km title in 2016 and won the Gloucester Marathon in January.

Clark came home just seven seconds later followed by Michael Stocks of England who made his debut over the distance with a time of 7:16:54 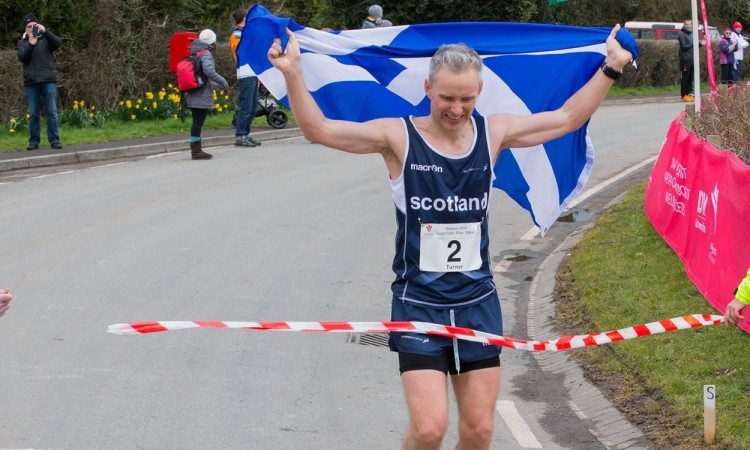 “It’s been a fantastic event and even better to win it obviously,” said Turner. “It’s one of the better 100km courses that I’ve run. I’m delighted to win the national championships.”

In the women’s race, English athlete Amend smashed the championship record with a time of 7:53:57. The Belgrave Harrier had previously finished seventh at the IAU World 50km Championships in Doha in 2016 and was delighted to better the previous mark of 8:00:37 set by Wales’ Emily Gelder in 2011.

Amend’s English team mate Sophie Carter was next home in 8:29:42 with the host nation taking the third individual spot with Jayne Angilley clocking 9:27:00.

The women’s winner commented on her performance, saying: “It meant a lot to me, I haven’t really taken it in yet. I had glandular fever last year and was unable to finish so I didn’t know what to expect.

“A young lady told me that I was well within the championship record and I thought that’s what I will concentrate on. To run 7:53 wasn’t too shabby.”

Scotland took a narrowly-fought team title ahead of 2017 champions England. In the women’s race England retained their team title from 12 months ago.