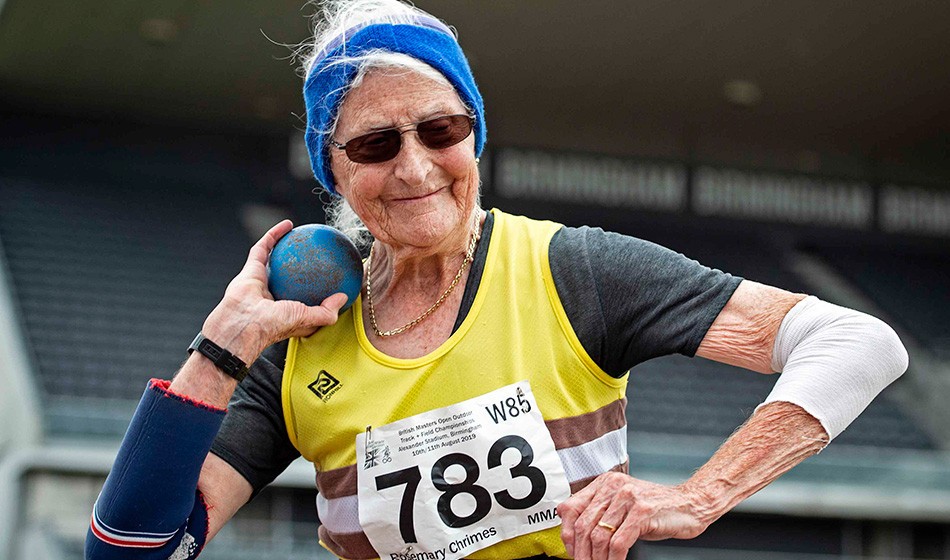 Older athletes stole the show as nearly 700 masters ranging in age from 35 to over 90 gathered at the Alexander Stadium for the British Masters Championships while honing their preparations for the European veterans’ championships in Venice next month.

Five years ago, 1970 Commonwealth Games discus champion Rosemary Chrimes entered the W80 category and promptly set a series of world age-group records and here, after sitting out the intervening years, she returned to set three British records in the W85 class.

Evaun Williams took Chrimes’ W80 shot record when posting four world bests in Malaga last summer and here was again on form, with four W80 golds, albeit not quite up to the standard she set in those world championships.

With her first throw in the discus, Chrimes’ 17.90m added to her British record tally before improving to 18.61m with her final effort, just shy of a world record.

Elsewhere, the W65 sprints saw a double from Helen Godsell but the weather thwarted her attempts to set a legal European 200m record, after being denied earlier in the season due to the absence of a wind gauge.

There was a good M45 sprint double from Jason Carty but he also felt affected by the wind.

Neil Tunstall, Jane Horder and Joe Appiah were on form in the hurdles races.

» See the August 15 edition of AW magazine for further coverage