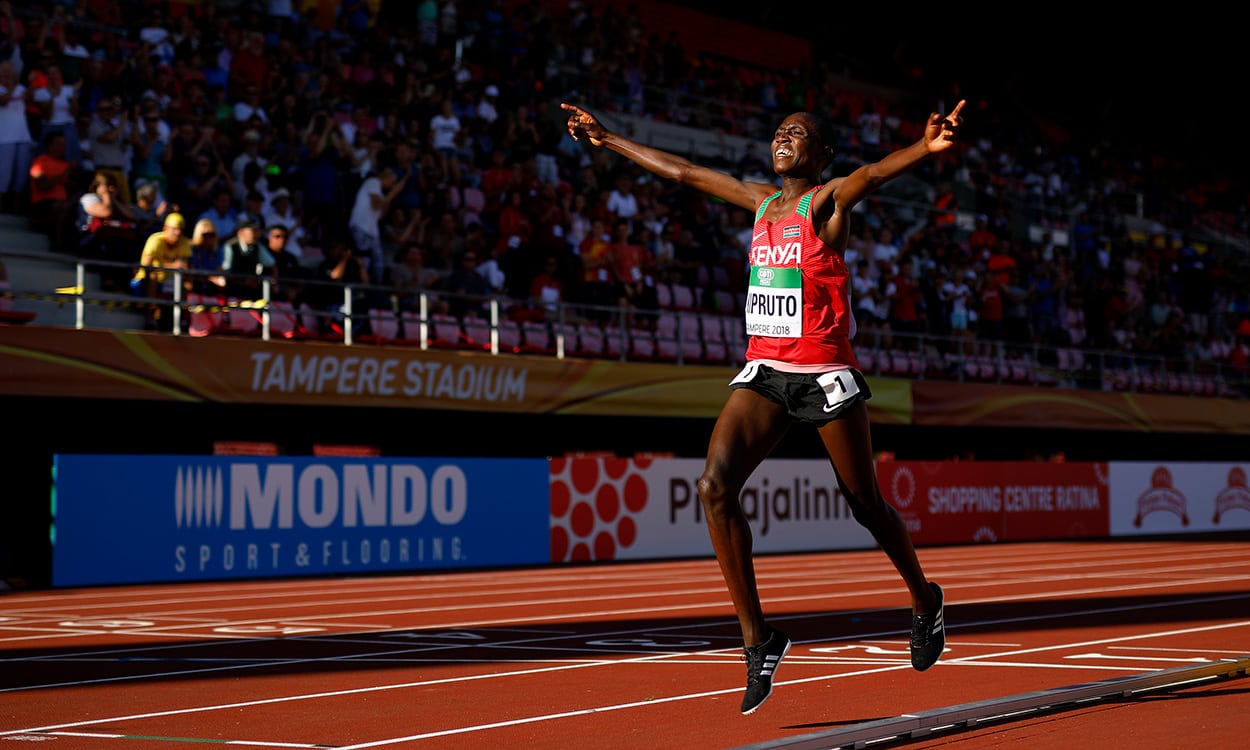 Six British athletes advance on the first day of World U20 Championships action, while Australia’s Ashley Moloney impresses in the decathlon

Three titles were won on the first day of the IAAF World U20 Championships in Tampere, Finland, with Rhonex Kipruto, Kyle Blignaut and Beatrice Chebet claiming victories at a warm Ratina Stadium.

Six British athletes were among those to advance in their respective events on the opening day, while Australia’s Ashley Moloney was impressive in the decathlon.

The first gold was gained by Kenya’s Chebet as she won her nation’s first women’s 5000m title at this event. Clocking a 15:30.77 PB, the 18-year-old narrowly denied Ejgayehu Taye from continuing an Ethiopian win streak which goes back to 2008. 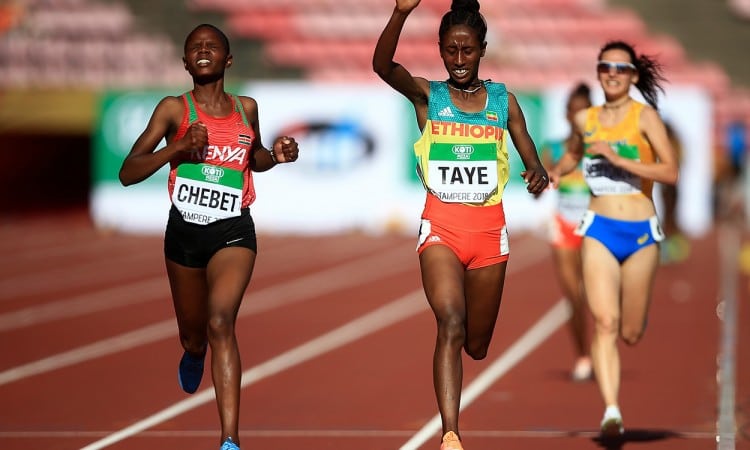 While Kipruto’s win was dominant, the men’s shot put final could hardly have been closer, with just a single centimetre separating the top two. South Africa’s Blignaut got the gold thanks to his 22.07m PB effort to beat USA’s Adrian Piperi with 22.06m.

In an exciting contest, Blignaut had led until Piperi’s 22.06m PB in the fifth round but the South African responded by going one centimetre further with his own fifth throw and neither athlete could improve in the final round.

Odysseas Mouzenidis of Greece secured bronze with a throw of 21.07m.

Australia’s Moloney enjoyed a superb start to his decathlon campaign as he clocked 10.51 in the 100m to break the world under-20 decathlon best but then two fouls in the long jump saw him play it safe with his third-round leap which was recorded at  7.06m.

France’s Makenson Gletty moved ahead after the shot put as he threw a best of 16.03m to Moloney’s 12.83m but the Australian regained the lead with a big PB and championship decathlon best clearance of 2.10m in the high jump.

Another world U20 decathlon best followed in the 400m as Moloney clocked 46.86, while Gletty pulled up injured. At the end of the first day, Moloney’s 4319-point tally saw him lead ahead of his team-mate Gary Haasbroek with 4103.

Among the British athletes to progress was joint team captain Molly Caudery as she booked her place in the pole vault final after being among the top 12 with her 4.20m clearance in qualifying.

“It means everything to get to the final,” she said. “World Juniors was my focus at the start of the year.

“Last year I said this was where I wanted to peak and do well at so just to get to the final is the next step and then be up on that podium on Thursday.”

Dom Ashwell equalled his PB with 10.36 while his fellow Brit Chad Miller improved his own lifetime best to 10.33 as both athletes won their 100m heats to progress to the semi-finals, while Isabelle Boffey (2:11.43) and Katy-Ann McDonald (2:07.24) both advanced to the 800m semi-finals after placing second in their respective heats.

Another pre-championships favourite, Hima Das of India, went quickest in the first round of the 400m, clocking 52.25 to cruise through to the semi-finals.