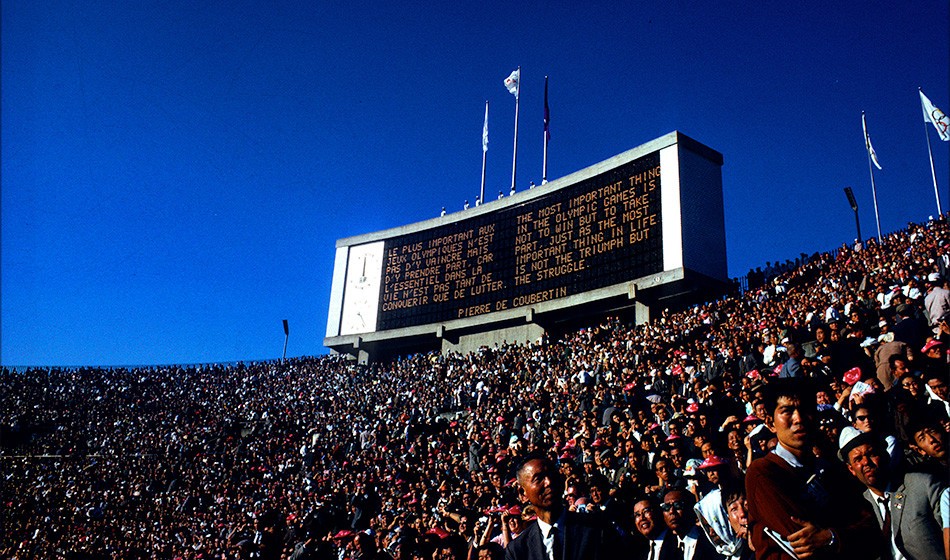 With exactly a year to go until Olympic Games action returns to Tokyo, former AW editor Mel Watman looks back 55 years and shares his memories

It is going to be a hard act to follow. The Tokyo Olympics are just a year away and the British team will surely be a strong one … but it is unlikely to obtain the level of success enjoyed at the last Tokyo Games in 1964.

Team GB’s showing at the London Olympics of 2012 was widely hailed as the best ever with four gold medals thanks to Mo Farah (two), Greg Rutherford and Jessica Ennis, plus a silver for Christine Ohuruogu, a bronze (or an upgraded silver?) for Robbie Grabarz and three fourth place finishes. But that hardly bears comparison with the 1964 haul of four golds (two with world record-breaking performances), seven silvers, a bronze and five fourth places.

Remember too that in Tokyo there were only 36 events on the programme, whereas at London 2012 there were 47 as a result of 11 additional women’s disciplines.

I was lucky enough to be in Tokyo 55 years ago to report on the Games for AW. They were my second Olympics – and I went on to attend seven more – but the 1964 edition remains my favourite.

It wasn’t just because of the British triumphs, although being of roughly the same age as most of the team and forming friendships with many of them helped me identify with their aspirations. No, those Games were special because I was privileged also to watch some fantastic sprinting, a monumental 800m/1500m double, a sensational 10,000m, an amazing marathon, a dramatic discus contest and so much more.

WORLD RECORDS WERE SET IN 11 EVENTS 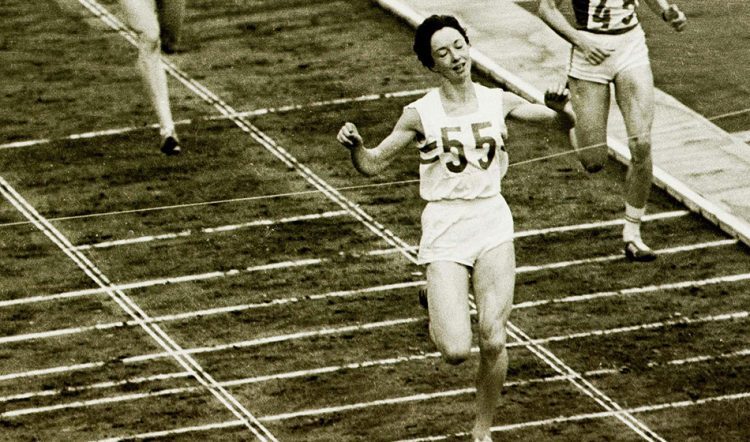 Shortly before the Games I interviewed Mary Rand and asked her what would mean more to her: an Olympic gold medal or a world record. She replied: “I would much rather have a world record than an Olympic medal really. To be best in the world, even if it was only for a day, would be absolutely marvellous. Of course the greatest thing of all would be to do a world record at the Olympics. Needless to say, that’s what I would like to do in Tokyo!”

Remember this was from a rain-soaked cinder runway and it’s not fanciful to suggest that with the wind in her favour on an all-weather run-up she might have jumped seven metres.

A second gold medal for Britain came courtesy of the late Ken Matthews in the 20km walk. He judged his race to perfection. By halfway he was 24 seconds clear, a lead he extended to 1min 40sec by the finish.

That walkers were still unfairly regarded as second class citizens in the world of athletics became apparent when Britain’s other three Tokyo gold medallists very quickly featured in the Queen’s Honours List but it wasn’t until 13 years later that, following a campaign organised by the Race Walking Association, Matthews at last received his richly deserved MBE.

To this day he remains Britain’s most successful walker.

The day of Lynn Davies’ long jump gold. After four rounds the situation was that defending champion Ralph Boston (USA), the world record-holder at 8.34m, led with 7.88m ahead of the USSR’s former world record holder Igor Ter-Ovanesyan (7.80m) and the young upstart Davies (7.78m). 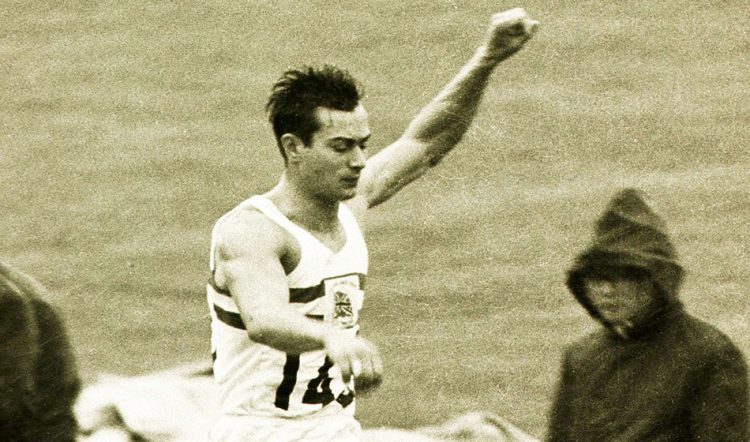 As I reported in AW at the time: “The fifth round opened quietly with fouls by the Spaniard Luis Areta and Boston. Next up was Davies, who while not exactly revelling in the conditions was less disconcerted by them than was the case with most of his rivals. The measuring seemed to take an eternity but the delay was justified when the figures 8.07m flashed up on the indicator board. Davies was way out in the lead with the best jump of his life. Ter-Ovanesyan had his jump to come; it was a fine leap but at 7.99 it sufficed only for second place. And so to the last round.

“The pressure was really on Boston. The tension was unbearable, not least on Davies, who admitted that he covered his eyes … and peeked through his fingers. Boston hit the board smack on and rose high into the air. It was a good jump, but how good? Again one’s eyes were glued to the electrically operated indicator. “8” flashed up, followed by “0”, followed by – joy of joys – “3”. The great Ralph Boston had fallen short and Davies was champion.”

In my AW preview of the Games I predicted Ann Packer would win the 400m ahead of Betty Cuthbert, while at 800m my tip was another Australian, Dixie Willis, with Packer second. However, as Willis had to withdraw due to illness, Packer therefore became my favourite … even though the rest of the media considered her a complete outsider with no chance of winning.

It was a journey into the unknown, yet Packer raced with impeccable judgement. Sixth at the bell in 59.1, she was third at 600m in 90.7 and second to Maryvonne Dupureur around the final turn. The Frenchwoman was still five metres ahead entering the final straight but as she began to flag so Packer’s stride lengthened and her spirits soared.

As the crowd of nearly 70,000 roared with excitement and the British supporters went almost berserk, Packer rushed past her defenceless rival some 60m out and, with a beatific smile on her face, broke the tape five metres clear in a world record of 2:01.1 … becoming the first British woman to win an Olympic track title.