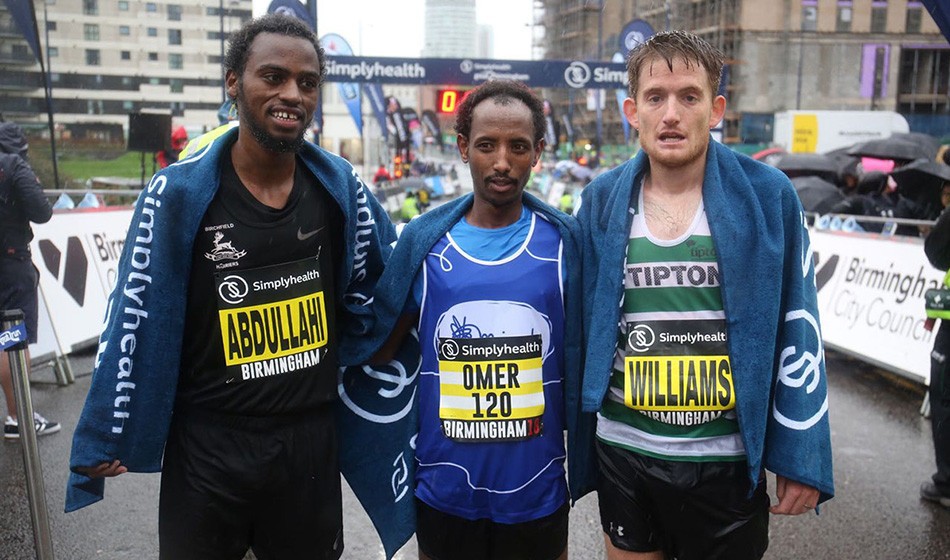 Kadar Abdullahi enjoyed a victorious half-marathon debut as he ran through the teeming rain to win the Simplyhealth Great Birmingham Run and take another sizeable step on what has been a remarkable journey.

The 22-year-old asylum seeker, who fled his native Ethiopia for Kenya with his uncle and his brother at the age of 13, featured in the 5000m heats and ran alongside Mo Farah at last year’s IAAF World Championships as part of the refugee team which was given an opportunity to compete at the highest level.

Abdullahi has since made running his life and is now hopeful of being granted asylum in the UK.

In the absence of pre-race favourite Tsegai Tewelde – who was unable to make the start line due to travel problems brought on by Storm Callum – and running for Birchfield Harriers, Abdullahi won in 66:06 at his first attempt over the 13.1-mile distance in what were far from ideal conditions. His friend and club-mate Omer Ahmed followed eight seconds behind, with Tipton Harrier Ian Williams third in 69:40.

“I was not expecting to run that quickly in those conditions so I’m happy,” said Abdullahi. “This is my first half-marathon. I just said to myself: ‘let’s do this for the challenge’. It’s amazing.”

He added: “I don’t want to live somewhere where I don’t feel safe or I’m persecuted. That’s why I came to the UK and I pray that everything will be sorted out.”

Bournville Harriers’ Nicola Sykes is a PE teacher and she taught the rest of the women’s field something of a running lesson as she won in a time of 79:57. She was followed by Birchfield’s Chloe Richardson, the defending champion, in 81:58 while third place went to Nuneaton’s Alison Taylor (82:57). 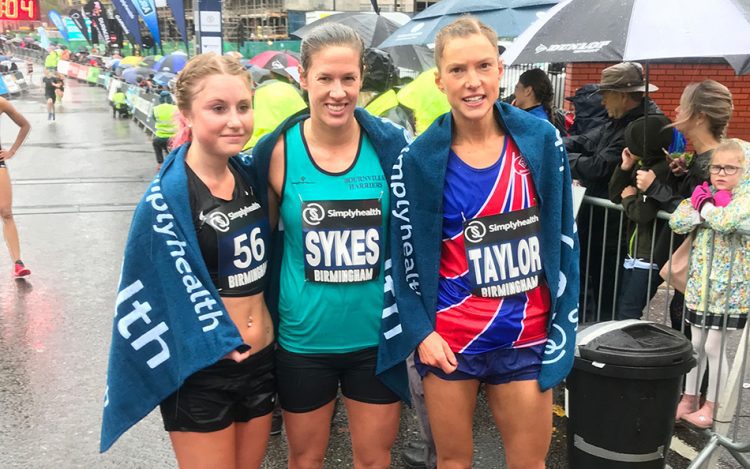 » See the October 18 edition of AW for further coverage