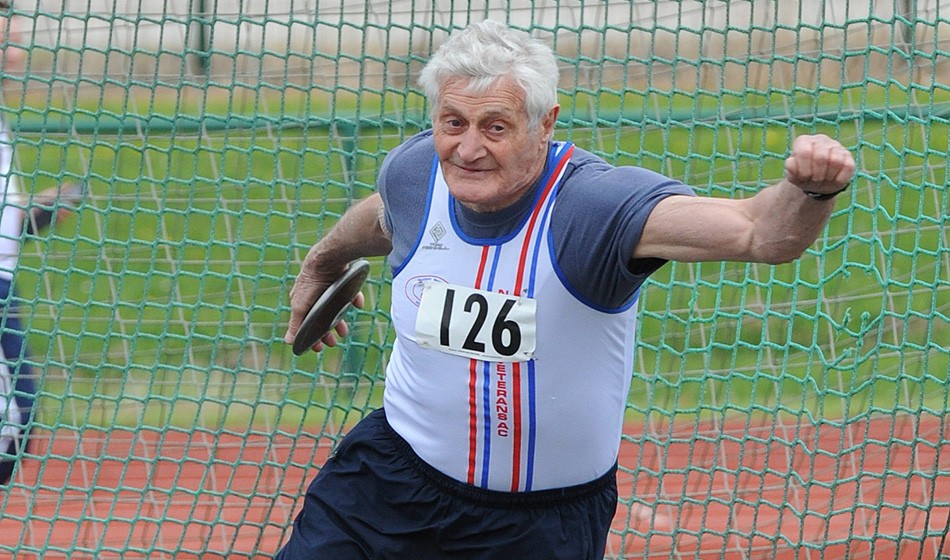 After Tuesday’s rest day, it was a quiet return on Wednesday at the European Masters Championships in Italy. There were no track finals but Britain still won six gold medals.

Two of these were for former Olympians Ian Richards and John Watts, while there were additional golds for Evaun Williams and Joanne Willoughby.

Olympic 50km walker Richards had already won a 5000m title on the track and here he added the 10km road walk. His time of 49:32 gave him a two-minute win over Italy’s Ettorino Formentin.

In third place Peter Boszko won his second medal of the Games with a time of 53:06.

Richards won his third gold with the M70 team defeating Italy by over six minutes to win the team contest.

It was close though as Blatchford’s 61:37 gave her just a seven second margin over Ukraine’s Antonina Tyshko.

Cath Duhig won her second medal in Italy with a bronze in the W60s in 57:08 and she also won a team silver with assistance from Ann Wheeler in sixth and Judy Howard in 12th.

Richards was not the only British Olympian to win gold and another, Penny Forse, had won gold in the earlier cross-country.

Watts, who threw in the Munich Olympics 47 years ago and has a PB of 59.70m in finishing second in that year’s Olympic trials, won his third medal of the championships but first gold.

The discus is his speciality though and after a no throw, he then threw the five longest throws of the competition, peaking with a 39.25m fifth round throw to go very close to his British record and within two metres of the world record. Germany’s Roland Heiler won silver with 32.59m.

Williams won her fourth gold in the W80 category.

Already in possession of the shot, discus and hammer titles, she added the javelin with a 26.64m throw to go within a metre of her world record.

Another multi champion is Willoughby as she added the W55 long jump title to her triple jump won earlier in the week.

Dougie Graham went one place better than the World Masters to win a M40 bronze in the pole vault with a 4.20m leap.

M35 100m champion Jonathan Browne (22.13) was a whole second faster than the other seven who made the final.