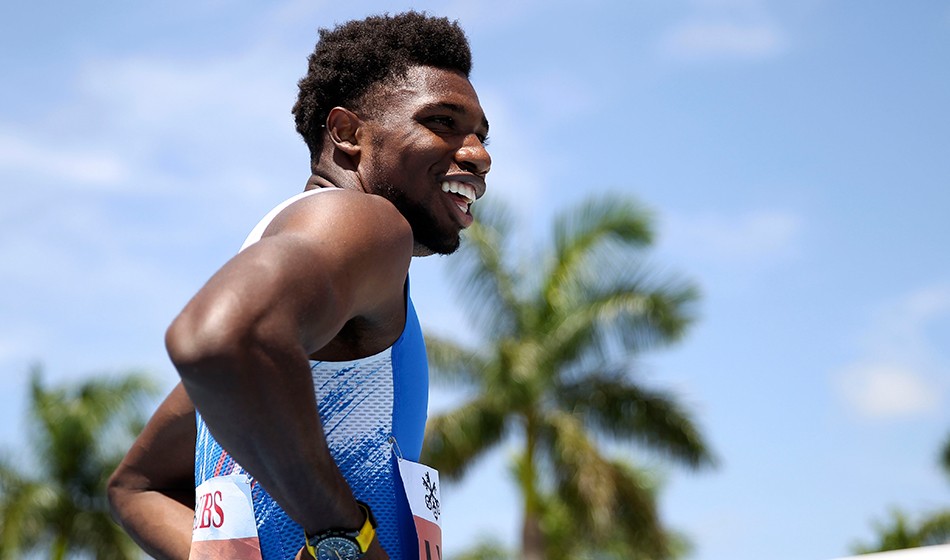 The aim of Thursday’s Weltklasse Zürich-organised action was to inspire and the innovative event will certainly live long in the memory.

While world champion Noah Lyles may well break the world 200m record one day, the mark did not fall to him on this occasion, although for a few minutes fans were left stunned as he appeared to have smashed through the 19-second barrier for the distance, with the clock showing 18.90.

The 22-year-old later explained how organisers had lined him up in the wrong place and therefore he only covered 185m.

With the Inspiration Games involving 28 athletes split into three teams taking part in eight events in seven different venues, the USA’s Lyles was the only athlete on the track in Bradenton, Florida.

Connected by a live video and timing link, a split screen showed him storm out of the blocks, virtually racing for Team North America against Team Europe’s Christophe Lemaitre in Zurich and Team World’s Churandy Martina in Papendal.

Lyles crossed the finishing line so far clear and there was an explosion on social media as the time flashed up.

“That cannot be right, can it?!” exclaimed Steve Cram on commentary, with Usain Bolt’s world record standing at 19.19.

“He was miles in front of everybody, that is for sure,” replied Colin Jackson.

It later transpired that it was because he had in fact started 15 metres ahead of his rivals.

“You can’t be playing with my emotions like this,” Lyles later wrote on Twitter. “Got me in the wrong line.”

If @LylesNoah had run in lane 1, he would have run 200m to the finish line but in lane 5, that line in lane 1 is aligned with 5th hurdle mark which is 185m. #InspirationGames https://t.co/DWYALIicd7

Speaking ahead of learning his confirmed time and distance, Lyles said: “It felt pretty good, besides getting that full blast of wind.”

According to the reading, the four-time Diamond League winner, who clocked his 19.50 PB last year, was running into a -3.7m/sec headwind.

"That cannot be right… can it?"

A number of the sport’s biggest stars were involved in the meet and Allyson Felix was among them, with the USA’s multiple Olympic and world gold medallist claiming not one, but two victories.

She first stormed to 150m success, running 16.81 in Walnut for the North America team to beat Olympic 400m champion Shaunae Miller-Uibo who clocked 17.15 for Team World in Bradenton, while Mujinga Kambundji ran 17.28 in Zurich for Team Europe.

Felix then returned to the new Mt. SAC track as part of Team North America’s 3x100m squad alongside Candace Hill and Tianna Bartoletta. There the trio ran 32.25 to win ahead of Team Europe’s Riccarda Dietsche, Ajla Del Ponte and Kambundji in Zurich and Team World’s Marije van Hunenstijn, Nadine Visser and Dafne Schippers in Papendal.

“I love this sport and so any chance to get out here and run, it has been a long time, I’m all about it,” said Felix.

“We see what a hardship everyone is going through and we just want to bring a bit of joy, pause a moment, and appreciate sport.”

"I love this sport and so any chance to get out here and run, it has been a long time, I'm all about it." @allysonfelix after her #InspirationGames 150m win in 16.81.

The men’s 100 yards race was the only event where all the athletes shared the same track. Lining up two lanes apart in Bradenton, Canada’s three-time Olympic medallist Andre De Grasse won for the North America team in 9.68 (-3.4m/s) from Europe’s Jimmy Vicaut with 9.72 and World’s Omar McLeod with 9.87.

The USA’s Georganne Moline made a winning comeback after injury, clocking 39.08 in the 300m hurdles after 18 months out.

That performance in Walnut secured full points for North America, while Lea Sprunger was second in Zurich for Team Europe, running 39.25. Over in a wet Papendal, two-time world 400m hurdles champion Zuzana Hejnová clocked 40.97 for the World team.

“I promised I would never take another race or opportunity for granted,” Moline said.

Jumping in Lisbon for Team Europe, Portugal’s two-time world silver medallist Pedro Pablo Pichardo soared out to 17.40m (+2.3m/s) in the second round of the triple jump to win ahead of four-time world champion Christian Taylor, competing for Team World in a blustery Bradenton, as he saved his best leap of 17.27m (+4.2m/s) until last. Team North America’s Omar Craddock recorded 17.04m (+0.3m/s) in Walnut. 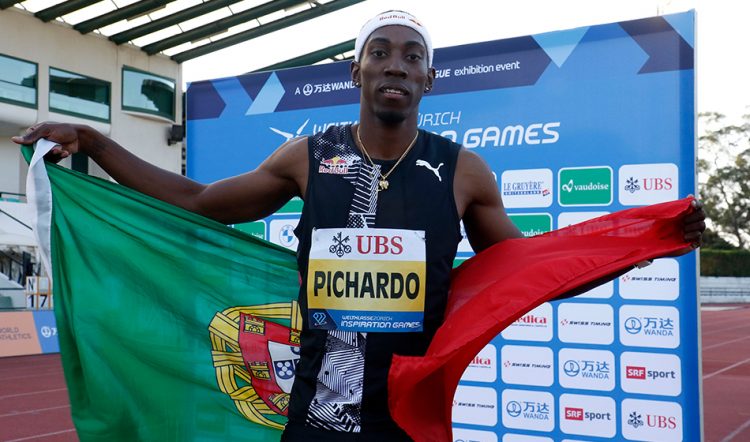 The pole vault contests were won by the USA’s two-time world champion Sam Kendricks and his compatriot Sandi Morris, the world indoor champion, with both athletes jumping in Bradenton for Team North America.

Kendricks managed 5.81m and Morris 4.66m, with Piotr Lisek clearing 5.66m and Angelica Bengtsson 4.46m as they both competed in Karlstad for Team Europe.

Olympic champion Katerina Stefanidi and Valentin Lavillenie both had early exits as they were unable to clear their respective opening heights of 4.46m and 5.36m.

Team North America topped the overall standings with 20 points, with three points having been achieved for each win through to one point for third place. Team Europe was second with 17 points and the World team third with 9.