English Schools Championships: Who, what and when? 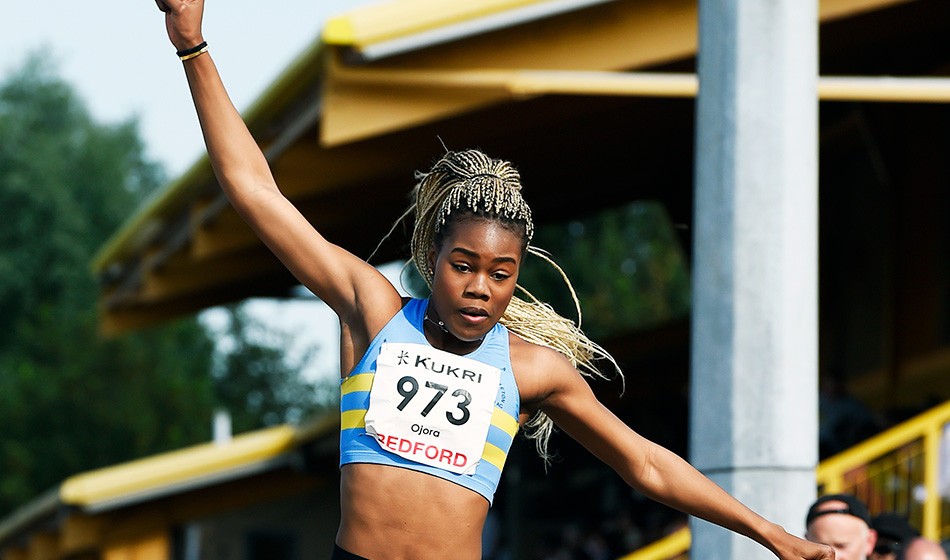 A guide to the action in Birmingham, including previews, timetable and live stream info

The New Balance English Schools Championships has been a breeding ground for the top talent for decades and this year the event, taking place at Birmingham’s Alexander Stadium on Friday and Saturday July 12-13, is again likely to feature several athletes who in the future will go on to compete for Britain at senior level.

European under-18 Olympic 3000m champion Thomas Keen was set to go for a third consecutive English Schools title but may now focus on the European Athletics Under-20 Championships in Boras.

Lewis Byng is also bound for Boras and competes in the shot in Birmingham, while Rory Leonard, set to run 5000m in Boras, is entered for the 1500m in Birmingham.

Tom Hewson is aiming for a third straight javelin title but is expected to have a tough battle with Max Law, who leads the world under-18 rankings with 68.57m.

After winning England Athletics high jump and triple jump titles last month, Temi Ojora (pictured top) confines herself to the latter. With three athletes over 12.75m this year, the expected close rivalry between her, Eloise Harvey and Jazz Sears could see the championships best of 13.06m fall.

In the hammer, Charlotte Payne could challenge Sophie Hitchon’s championship best of 61.83m.

Serena Vincent, who was fourth in the European Under-18 Champs last year, goes in the shot.

Funminiyi Olajide, whose 6.18m PB puts her 10th on the world under-18 rankings this year, heads up the long jump roster.

Remi Jokosenumi, who set the junior boys’ 200m championships best last year, steps up an age group, while Jerel Livingston, who did the same in the long jump, moves up too.

In the 1500m, Ethan Hussey (pictured below) and Kane Elliott, who are second and fourth on the UK all-time under-17 rankings, look set for a close tussle. 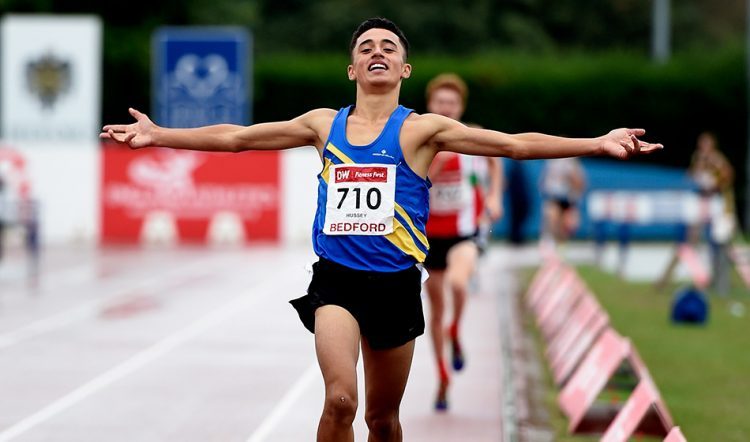 Achie Yeo stands out in the long jump with his UK under-17 rankings lead of 7.45m.

Watch out too for Daniel Joyce at 800m, Kenneth Ikeji in the hammer and Ben East in the javelin.

In last year’s event, Jeslyn Agyei-Kyem went to third on the UK all-time under-15 rankings for 300m with 39.20. She could be fighting it out for gold with her older sister Cedelle, who clocked 39.26 as an under-17 last year, as well as Ashley Nemitts.

Look out also for Kaliyah Young in the 200m, Beatrice Wood in the 1500m and shot putter Nana Gyedu.

Donovan Capes leads the shot put rankings and could succeed where his famous grandfather, Geoff Capes, did not, by lifting an English Schools title.

Dante Clarke, who set a UK under-13 best for the long jump last year, is among the favourites for this event, although Alfie Why leads on season’s bests.

Among those likely to shine in this age group are Nia Wedderburn-Goodison, who has run 11.84 for 100m, while Success Eduan defends her 200m title.

Lia Bonsu, who set a UK best for the 70m hurdles last year, has stepped up well to 75m, where she meets No.1 ranked Mia McIntosh.

Shot putter Lily Carlaw, with her PB of 12.87m, could threaten the championship best, while hammer thrower Lily Murray is another of the favourites.

The action gets under way at 9:45 on Friday with the inter boys pole vault and comes to a close with the senior boys 4x100m relay at 17:31 on Saturday.

A PDF of the timetable can be found here.

Vinco Sport will be showing a live stream of the action here.

Keep an eye on our social media channels and website for updates and reports.