Müller British Athletics Championships: Who, what and when? 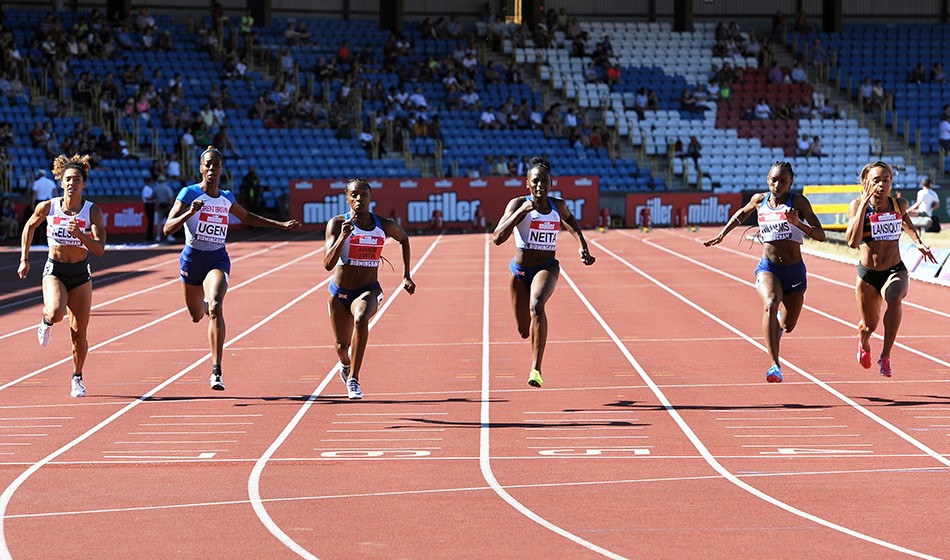 A guide to this weekend’s action in Birmingham, including previews, a timetable and TV info

A long season finally reaches crunch time for many athletes. The later than usual IAAF World Championships will take place in Doha from September 27 to October 6 and athletes can book their places on the GB team this weekend (August 24-25) at the Müller British Athletics Championships.

A top-two finish in Birmingham will be enough for automatic selection for those athletes who have already gained the British Athletics qualifying standard (listed below) or do so by September 1. Discretionary selections will then be added when the team is announced on September 2.

A wild card selection will be granted to any athletes who win at either of the Diamond League finals in Zurich on August 29 or Brussels on September 6.

A further lifeline is available in the shape of IAAF rankings invites. Athletes who do not have the qualification standard but who rank highly enough on the world lists depending on the target field size for that particular discipline may receive an invite after the qualification period closes on September 6. However, British Athletics say these will only be used for athletes “potentially capable of winning an individual medal in Doha or the Tokyo Olympic Games”.

For some athletes such as Dina Asher-Smith, lined up for the 100m, guaranteeing a place on the team should be a formality. However, in events such as the men’s and women’s 800m and the men’s 1500m, the standard is so high that exciting battles are anticipated.

With Reece Prescod missing from the 100m through injury and waiting on selectors’ discretion if he returns to fitness in time, placing in the top two will be crucial.

Zharnel Hughes will be favourite, with Adam Gemili and Ojie Edoburun also under the Doha standard.

Hughes and Gemili are aiming to complete a sprint double on the Sunday, but Miguel Francis should test them in the 200m. Nethaneel Mitchell-Blake and Richard Kilty will also be in the running.

Rabah Yousif and European champion Matthew Hudson-Smith will be looking to secure automatic qualification in the 400m, while Cameron Fillery is closing in on the Doha standard in the 110m hurdles. Chris McAlister is under the qualification mark in the 400m hurdles.

The 800m is one of the most highly anticipated events of the weekend. Jamie Webb, the No.1 on times this year, and Elliott Giles were the top two in Birmingham last Sunday as most of the key contenders clashed.

The standard in the 1500m is just as hot. Charlie Da’Vall Grice should be favourite after his recent 3:30 clocking. 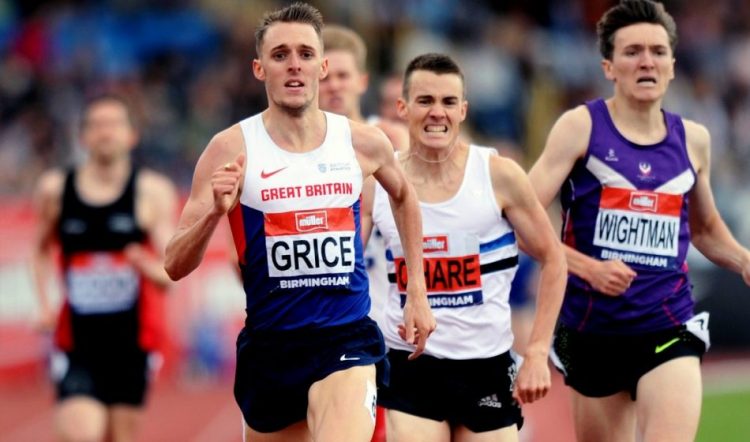 After his PB this year of 13:06.21, Andy Butchart is the favourite in the 5000m, while Zak Seddon will be looking to confirm his place in the steeplechase after his 8:21.28 breakthrough this season.

Cameron Corbishley, who has already been selected for Doha in the 50km race walk, competes in the non-trial 5000m walk.

Following his recent 17m breakthrough, Ben Williams is tipped for the triple jump title, while Jacob Fincham-Dukes and Dan Bramble are top contenders in the long jump.

Charlie Myers is the only pole vaulter with the qualifying mark and high jumpers Chris Baker and Tom Gale are among those looking for the Doha standard.

Commonwealth hammer champion Nick Miller chases his fifth title. Harry Hughes, the big leader on the UK javelin rankings this year, has been injured but news on his recovery seemed positive last week.

Greg Thompson and Lawrence Okoye head the entries for the discus, while Scott Lincoln is the favourite to defend his shot put title.

Dina Asher-Smith will compete only in the 100m, although she plans to double up in Doha. With the British record-holder expected to run away with the title, competition for the second automatic slot should be tight. Four other athletes, led by Imani Lara-Lansiquot, have the Doha standard.

One of them, Jodie Williams, is entered for both sprints, setting up an interesting potential tussle in the longer event with defending champion Beth Dobbin.

Laviai Nielsen is favourite in the 400m, while Olympic fourth-placer Cindy Ofili continues to seek a return to form in the 100m hurdles following injury. Meghan Beesley and Jessica Turner both have the qualifier in the 400m hurdles.

Despite the absence of the injured Laura Muir, the standard is high in all three flat endurance events. Lynsey Sharp, Alex Bell, Shelayna Oskan-Clarke and Hannah Segrave have the Doha mark over two laps, so competition will be fierce.

Sarah McDonald, who also has the mark in the 800m, concentrates on the 1500m. Her main opposition will be European under-23 champion Jemma Reekie.

Laura Weightman and Eilish McColgan seem set for a close battle in the 5000m, while Rosie Clarke and Elizabeth Bird will be wanting to secure their selection in the steeplechase.

READ MORE: Eilish McColgan keen to push on after another PB performance

Morgan Lake defends her high jump title and world indoor pentathlon champion Katarina Johnson-Thompson will provide her key opposition if she decides to line up. 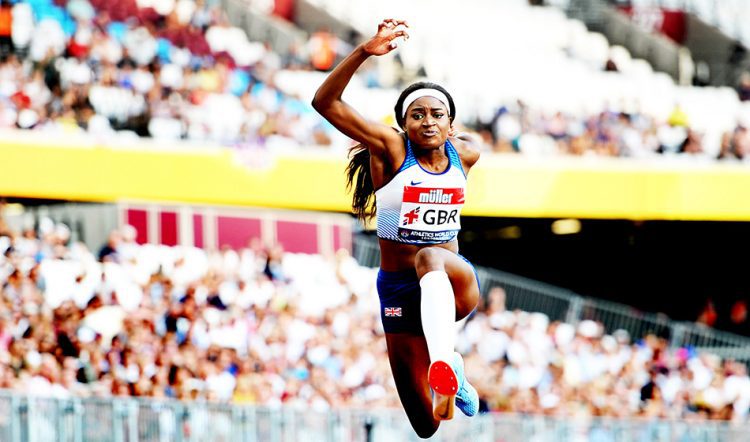 Sophie McKinna looks set to confirm her world championships selection in the shot put. With Sophie Hitchon having called an early end to her season, the hammer will have a different British champion for the first time since 2010, with Jessica Mayho and Rachel Hunter the most likely candidates.

Kirsty Law, Amy Holder and Phoebe Dowson head the discus line-up, while Bekah Walton, Laura Whittingham and Emma Hamplett are set to fight it out for the javelin.

Entries can be found listed here.

A list of athletes to have achieved the relevant qualifying mark in their event before the British Championships.

Fans in the UK can watch live on BBC Red Button from 3pm on Saturday and BBC Two from 2pm on Sunday.

Look out for our updates on social media and athleticsweekly.com plus of course our unrivalled magazine coverage in next week’s issue.