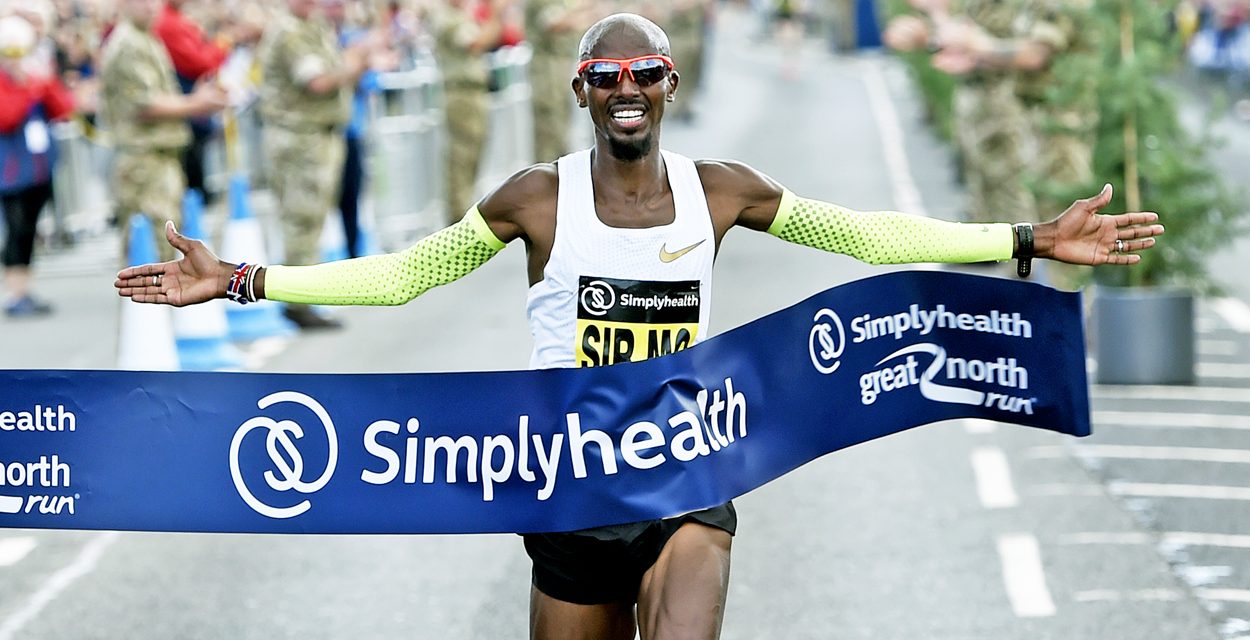 Multiple global gold medallist aims for a record number of wins, while Mary Keitany and Brigid Kosgei are set for a big clash in the women’s race

Mo Farah is poised to create Great North Run history on Sunday (September 8) if he wins his sixth title in the iconic half-marathon race.

The 36-year-old will also be looking for a confidence-boosting run ahead of his Bank of America Chicago Marathon title defence next month.

Farah has a winning streak that dates back to 2014 in the 13.1-mile event between Newcastle and South Shields. Baroness Tanni Grey-Thompson has also won five titles in the Great North Run in the women’s wheelchair race but Farah now has the chance to become the only athlete to win six titles.

Farah’s rivals on Sunday include Tamirat Tola of Ethiopia. The 28-year-old won Olympic bronze in the 10,000m behind Farah in Rio in 2016 and then 12 months later went on to take silver behind Geoffrey Kirui in the marathon at the IAAF World Championships in London.

Tola also has an impressive marathon PB of 2:04:06 and is training for the TCS New York City Marathon in early November.

Callum Hawkins is the second-fastest British half-marathon runner in history behind Farah and will be hoping to break the one-hour barrier for the first time this weekend. He ran 2:08:14 in this year’s Virgin Money London Marathon and has been focusing on training during the summer months as he builds up to the marathon at the IAAF World Championships in Doha.

Bashir Abdi finished third behind Farah and Jake Robertson of New Zealand at the Simplyhealth Great North Run 12 months ago and the Belgian athlete, who trains with Farah, returns to the North East of England this weekend to race again.

Jack Rayner of Australia won the Commonwealth half-marathon title in Cardiff last autumn and will be trying to improve his best of 61:01 this weekend. 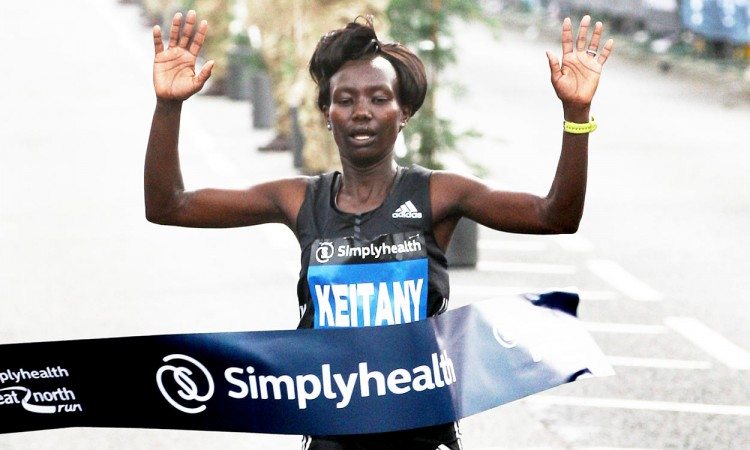 Keitany, who is defending her New York City Marathon title in November, has run 64:55 for the half-marathon, whereas Kosgei, who is gearing up for Chicago next month, clocked a best of 65:28 for 13.1 miles earlier this year.

There is big British interest with Charlie Purdue using the race as part of her build up to the World Championships marathon in Doha.

Steph Twell will be hoping to blast through the 70-minute barrier en route to the World Championships 10,000m in Doha. Other domestic challengers include Hayley Carruthers, Rebecca Robinson, Eleanor Davis, Rebecca Murray and Hannah Doran, while world 50km champion Alyson Dixon is aiming to break another world record, this time wearing a Wonder Woman costume.

Brits David Weir, JohnBoy Smith and Simon Lawson take on multiple world champion Brent Lakatos of Canada in the men’s wheelchair race and in the women’s race Martyna Snopek of Poland will defend the title she won last year against Shelly Woods, a former winner who is returning from having her first child last year.

» The event is live on BBC One from 9.30am to 1.30pm with highlights on BBC Two at 5pm. Follow our race day coverage on our website and social media, with full coverage in next week’s magazine