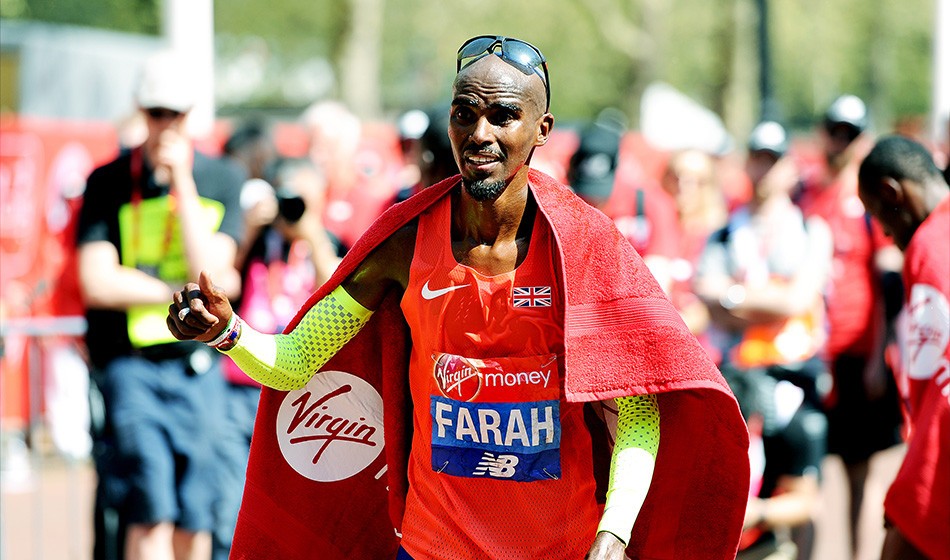 The four-time Olympic champ wants a major marathon win but faces a tough task in Chicago with Galen Rupp, Geoffrey Kirui and Dickson Chumba among his rivals

Mo Farah is now on the hunt for a major marathon win to add to his long list of track triumphs and after breaking the British record in London in April, Sunday’s Bank of America Chicago Marathon offers him his next opportunity.

Add to this Kenneth Kipkemoi and Bernard Kipyego and there are nine men who have run inside 2:07 – with Farah’s UK record of 2:06:21 being eighth best.

Most attention will fall on Rupp and Farah, the two former training partners who finished one-two in the Olympic 10,000m in London 2012.

Since then their road careers have seen Rupp taking Olympic marathon bronze in Rio behind winner Eliud Kipchoge and winning Chicago 12 months ago in 2:09:20, while Farah was third in the Virgin Money London Marathon this year – which was again won by Kipchoge – and showed great form to win the Simplyhealth Great North Run last month.

Sharing his Chicago hopes, Farah says: “It depends on the weather conditions on the day but Chicago normally has fast times and previously having had no pacemakers now they have decided they are going to have pacemakers.

“Mixing it with the guys and coming away with a good time would be a great result.

“If I can win a major marathon, that would be great. But I want to mix it with the guys and see what happens.”

Having achieved the British record, the European mark of 2:05:48 set by Sondre Nordstad Moen of Norway in Fukuoka last December will be the next target, but Farah says his main focus for Sunday is a high position.

As for the women’s field, Brigid Kosgei of Kenya ran brilliantly in Chicago last year as she finished runner-up in 2:20:22 to Tirunesh Dibaba. She then improved her marathon best to 2:20:13 when finishing second in London.

This weekend she faces Roza Dereje – an Ethiopian who clocked 2:19:17 in Dubai this year to become the eighth fastest woman in history.

Another Ethiopian, Birhane Dibaba, placed third in Chicago in 2014 and 2015 and is looking to improve on that this weekend. She has a sub-2:20 PB too after winning the Tokyo Marathon in 2:19:51.

The Chicago crowd will also be supporting Greek-American runner Alexi Pappas, while British runner Alyson Dixon has made a late entry into the race and Jessica Draskau Petersson of Denmark is well known in British circles as a member of the Stragglers club.

» The races start at 1.20pm (UK time) on Sunday and coverage is set to be shown on NBCChicago.com. See the October 4 edition of AW magazine for our full preview