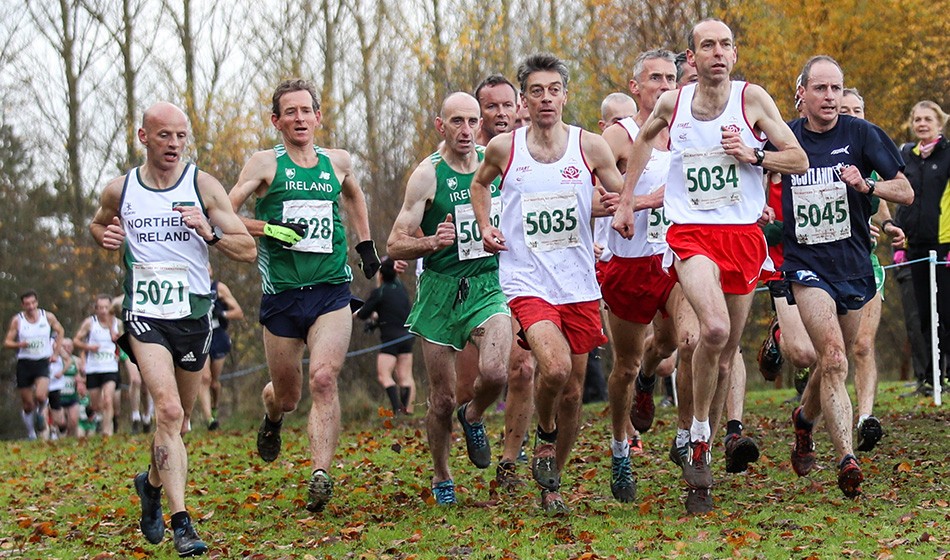 This weekend’s British and Irish Masters Cross Country International in Swansea will see England seeking to improve upon the 11 team golds they won in Derry last year.

The championships rotate around the five home countries and on Saturday it is the turn of Wales to put on the match.

Wales have had a lean time of late and have not won a team competition since they took the W40 and M60 titles in Perry Park, Birmingham, in 2009. Yet in the first match in Wrexham back in 1988, all of the three men’s age group titles at the time went to Welsh athletes.

Welshman Dic Evans was among those racing in 1988 before winning the M45 class in 1991 and the ever-present is again in the Welsh squad on Saturday as an M70.

Angela Copson will be seeking her 11th consecutive age group title, while England’s Claire Martin will be aiming for her eighth age group victory in her final year in the W40 class.

Scotland’s W55 winner for the past two years, Fiona Matheson, is chasing her sixth and is against Ireland’s Niamh O’Sullivan, who has also won five.

Five-time winner Nigel Gates makes a surprise return to the international scene after dabbling with triathlons and is in the M65 class.

Also seeking his sixth title is new M50 Tim Hartley, who first won in the M40 category 10 years ago, at this same venue.

The youngest men’s M35 group has only been on the calendar since 2007 and Ireland has only lost the team title once in that time. Their 2016 winner Michael Harty returns this year.