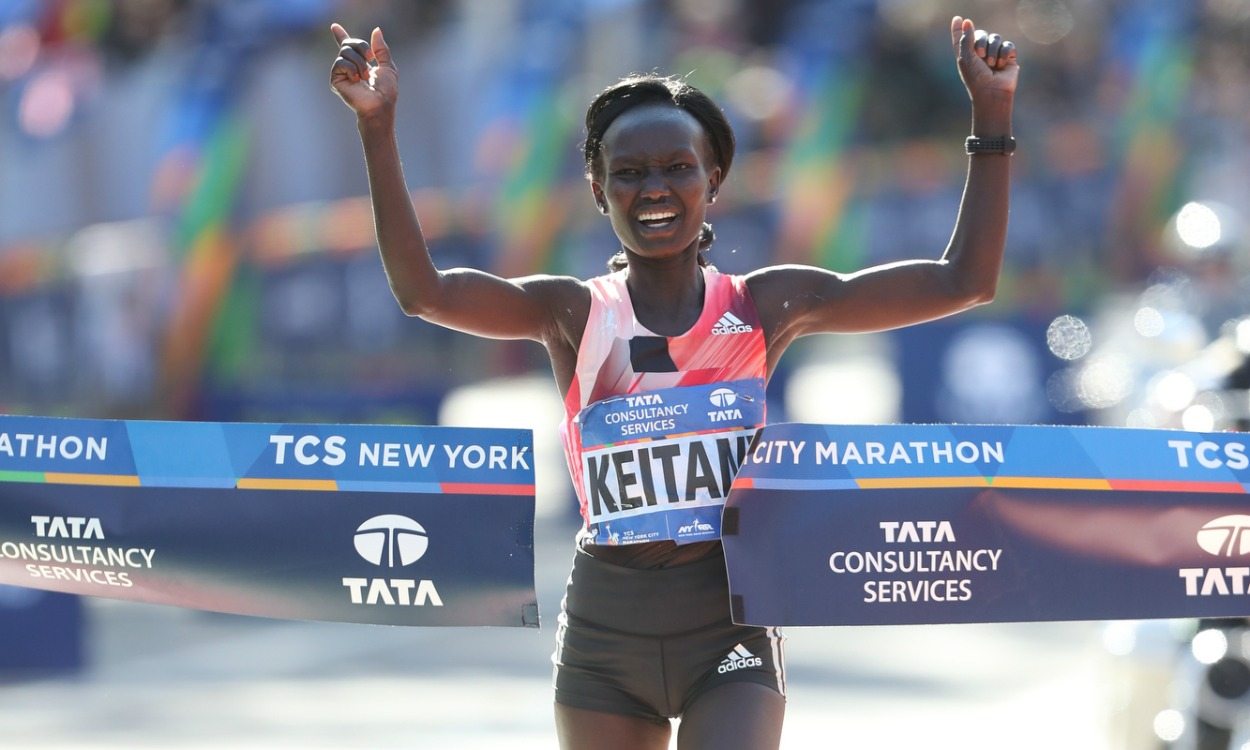 Mary Keitany will go for a fourth consecutive victory while Ghirmay Ghebreslassie will also return to defend his title at the TCS New York City Marathon on Sunday (November 5).

Keitany clocked an incredible women-only world record of 2:17:01 when winning her third Virgin Money London Marathon title in April and proved her preparations were on track with a 65:59 half-marathon win at September’s Simplyhealth Great North Run.

This weekend she is unlikely to challenge her best on a course that is not known for its fast times and features no pacemakers, but is sure to have her eye on the course record of 2:22:31.

After her New York victories in 2014, 2015 and 2016, success on Sunday would see the Kenyan become the second athlete to win the women’s race four times or more, after Grete Waitz, going one better than outright world record-holder Paula Radcliffe’s three-win record.

“Being among the all-time leaders in New York City is truly an honour, and while it will not be easy to defend my title, surpassing a legendary runner like Paula Radcliffe for the second-most victories by a woman in the event would be incredible.”

Among those lining up alongside Keitany will be her compatriot Edna Kiplagat, who races her third marathon of the year after winning in Boston and placing second at the IAAF World Championships in London.

Shalane Flanagan of the United States races, as do Jessica Augusto of Portugal, Betsy Saina of Kenya and Mamitu Daska of Ethiopia.

The men’s race will see Kenya’s former world record-holder Kipsang return to the roads after dropping out during the Berlin Marathon.

“My training was excellent before Berlin, but I had a bad day there,” Kipsang explained.

“Now, I am very happy and thankful I was given a chance to use my training effort in New York City, and will try to win there as I did three years ago.”

Another former winner in action is Eritrea’s Ghebreslassie as the 21-year-old 2015 world champion returns after becoming the youngest male winner of the event 12 months ago. Meanwhile, Meb Keflezighi, the popular American who won the 2009 New York City and 2014 Boston marathons, is taking part in his final marathon, aged 42.

Two-time IAAF World Cross Country Championships and IAAF World Half Marathon Championships winner Kamworor will be looking to go one better than his 2015 runner-up spot in New York two years ago, while Ethiopia’s Lelisa Desisa is also among the entries after taking part in Nike’s Breaking2 attempt in May.

Paralympic and world 200m champion Richard Whitehead is also in action as he returns to running over 26.2 miles for the first time since 2014, just a few months after claiming two sprint medals at the World Para Athletics Championships in London.

The Abbott Dash to the Finish Line 5K and USA Track & Field 5K Championships take place the day before, with Ben True, Paul Chelimo, Abbey D’Agostino and Molly Huddle among the entries.