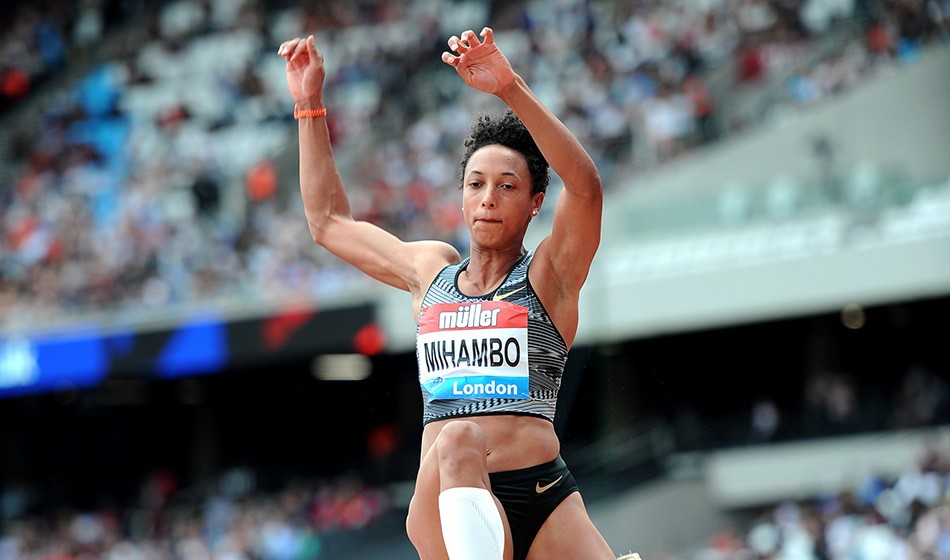 Coverage of national league action, with Thames Valley and Birchfield retaining their respective UKWL and BAL titles, can be found here.

A report on Sharon Gayter’s JOGLE record, as she ran from John O’Groats to Land’s End in 12 days, 11 hours, 6 minutes and 7 seconds, is here.

Other recent highlights from both the UK and overseas are below.

Malaika Mihambo was among those in national championships action to impress as she set a PB and world-leading long jump mark of 7.16m (0.4m/sec).

It continued a run of great form for the 25-year-old, who first cleared seven metres at the beginning of June and since then has remained undefeated. Her results include 7.07m at the Rome Diamond League, 7.05m in Dessau, 7.02m at the Müller Anniversary Games in London and then 7.16m in Berlin to win her national title.

Konstanze Klosterhalfen clocked a national record of 14:26.76 to win the 5000m title, moving to fourth on the European all-time list, while Andreas Hofmann and Christin Hussong won javelin titles with respective throws of 87.07m and 65.33m.

USA topped the medals table with 16 gold, three silver and nine bronze medals ahead of India and Germany, with a total of seven world records set over the four days of competition.

The Great Britain team placed ninth in the combined under-17 and under-20 medal table, with four gold, nine silver and four bronze medals. 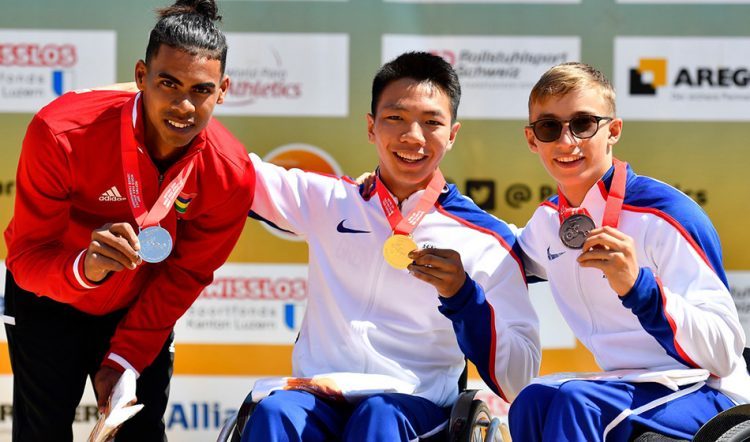 In the senior men’s decathlon international, Elliot Thompson took the title with a score of 7025 points, watched by his father, two-time Olympic champion Daley.

Elliot Thompson was among the winners at this weekend's England Athletics combined events champs. He scored 7025 to win the senior decathlon and was watched by his famous father, Daley. pic.twitter.com/p64ESgY6QO

The senior women’s heptathlon event was won by Katie Stainton with 5989 points.

Adam Hoole won the under-17 men’s decathlon (5504 points), while Abigail Pawlett took the under-17 women’s heptathlon title, with her score of 5324 points moving her to second behind Morgan Lake (5474) on the UK under-17 all-time list.

Kevin Batt won the men’s race in 64:12 from Louis McAfee (64:14) and James Coleman (64:20). Defending champion Jack Rayner had crossed the line first a couple of minutes earlier but had gone off course and was disqualified.

Revee Walcott-Nolan was the fastest woman, her 4:37.27 easily winning race 10.

Revee Walcott-Nolan is fastest woman at the Soar Mile with 4:37.27 in easily winning Race 10 at London Marathon Community Stadium pic.twitter.com/qVs7zLQkhr

Josh Griffiths and Natasha Cockram backed up their victories in Porthcawl as they rounded off the Healthspan Wales 10K Series with wins in the ABP Barry Island 10K, clocking respective times of 30:22 and 34:43.

In the steeplechase events, Georgia Winkcup achieved a world championships qualifying time and BMC record with 9:37.43, while Phil Norman won the men’s race in 8:30.43.

In the 4x800m, a ‘BMC Juniors’ team of Callum Dodds, Yusuf Bizimana, Finley Mclear and Josh Lay ran 7:20.82 for a world under-20 record, subject to ratification.

The women’s race was won by a University of Birmingham team featuring Isabelle Boffey, Emily Thompson, Maisie Grice and Saskia Millard as the quartet clocked a British under-20 record of 8:39.73.