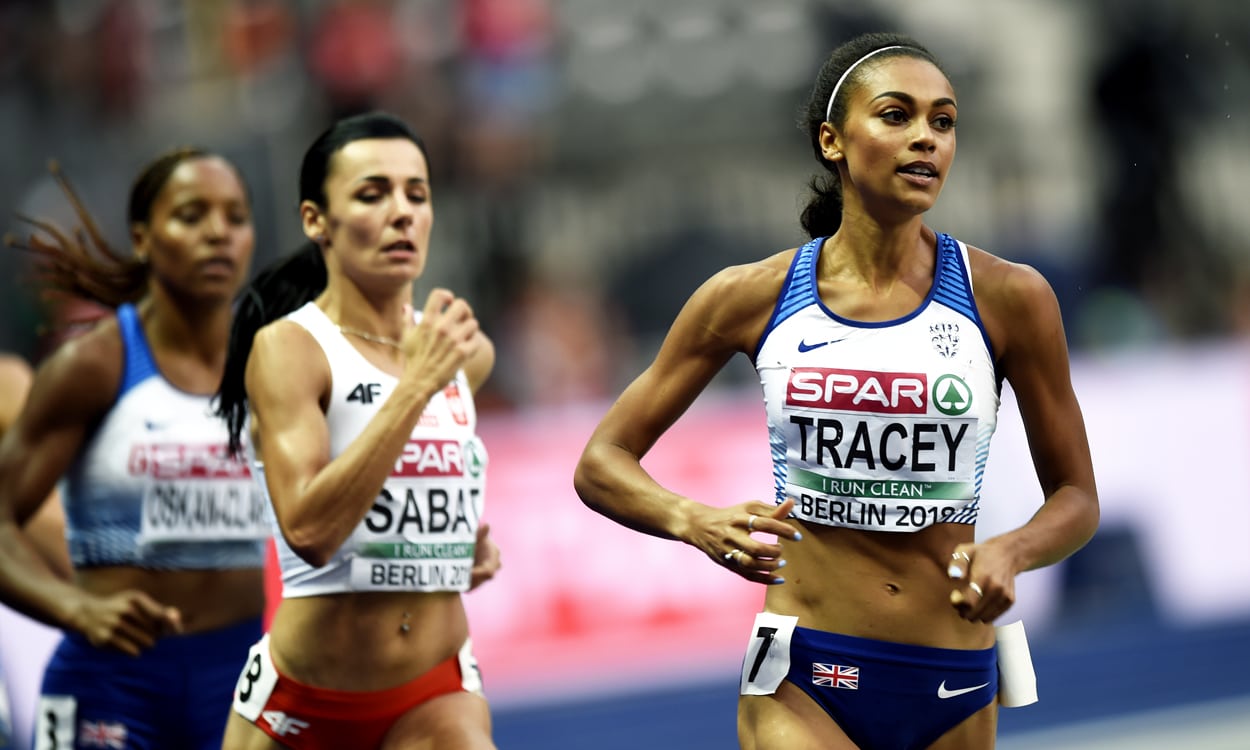 European 10,000m Cup winner Lonah Chemtai Salpeter repeated her Highgate success in a hard-fought 10,000m in Berlin to win Israel’s first ever track gold in a men’s or women’s event at the European Championships.

The Highgate runner-up Ancuta Bobocel led the opening kilometre at 32:30 pace in 3:14.29 before Kenya-born Salpeter upped the pace through 2000m in 6:23.94. Initially only defending champion Yasemin Can and Bobocel followed but former European 5000m champion Meraf Bahta and 2014 5000m bronze medallist Susan Krumins were back in contention as 3000m was passed in 9:32.37.

As they entered the last lap the gap was around five seconds but Krumins had nothing left and she staggered across the line nine seconds back on Salpeter’s 31:43.29. 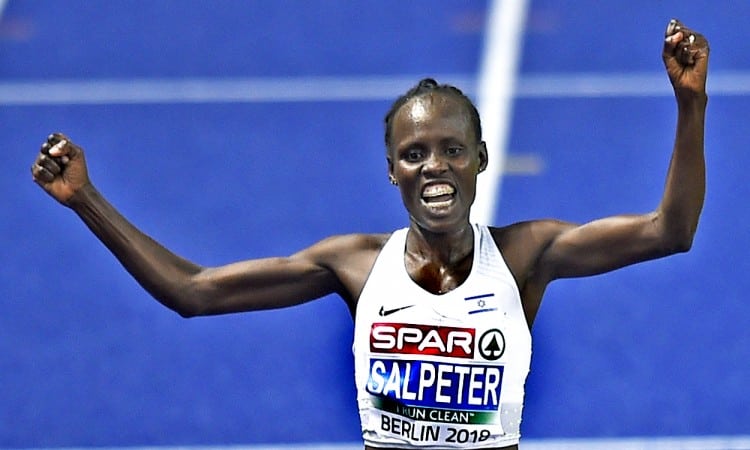 Bahta rallied in the closing laps, as Can fell apart, to take bronze for Sweden.

She said: “I wasn’t here for the experience, I really did want a medal but I knew it was going to be tough looking at the times going in. I was gaining on those last two in the last lap. It wasn’t bad for my first senior vest, hopefully I can medal next time.

“I’m greedy, I want a medal. I’m not satisfied with sixth, it’s a good start. I’m going to build up to some cross country then some road races but my long-term aim is the marathon. I’d love to run one, I’ve got to wait until I’ve got the right mileage under myself but I believe I can build and progress towards a good one under the right guidance.”

Ireland’s Emma Mitchell, who ran for Northern Ireland in the Commonwealth Games, was 17th in 34:08.61.

There was a shock in the women’s shot as the host’s big hope, defending champion Christina Schwanitz, was pipped in the final round as Poland took yet another throws gold.

The 2015 world champion opened with a 19.19m followed by a 19.08m and looked in command but she could not improve and as she threw 18.86m in the fourth round, the next round showed the contest was not over.

Paulina Guba, who failed to qualify for the finals at the 2016 Olympics and 2017 World Championships, improved to 19.02m in the fifth round to go a clear second.

Guba then shocked the home crowd as she threw 19.33m with her final throw to go into gold medal position.

Schwanitz had one chance to snatch back gold with the very last throw of the competition but she could only manage 18.98m and Poland had won their third throws gold of the championships but a far less expected one than their Tuesday golds, even if the much-improved Guba was second-ranked and was fifth in the World Indoors.

Former World Youth champion Aliona Dubitskaya picked up a bronze for Belarus, highlighted by a 18.81m fifth round throw.

Britain’s best result in the shot was a fifth place in 1938 and 1958 but Sophie McKinna had the best result for 60 years with a superbly consistent series for seventh.

Even the great Judy Oakes failed to finish as high as McKinna.

The delighted Briton said: “Did you see that? That never happens. Who says British girls can’t finish top eight hey? It felt so good to have the last round. I hurt myself a little in the fourth round but just thought I should relax and put my all into it.

“It was great being out there. Robert Harting was also competing and every time he stood up the crowd went mad which made it a great experience. I’m so happy and was pleased with how I performed and how I got close to my PB.”

Amelia Strickler was not able to match her qualifying form but finished a respectable 10th with a 17.15m throw.

It was also a highly encouraging night for British qualifiers and all three UK representatives made it through to the women’s 800m final.

Pride of place must go to Adelle Tracey. Some criticised her selection for Berlin but she chased hard after 2016 runner-up Renelle Lamote of France, who won her semi in 1:59.44, and the Briton was rewarded with a PB 1:59.86 – her first ever sub-two.

She said: “It’s massive, it’s such a relief. I’ve been doing some good sessions which is an indication that you can do it, but actually doing it is a massive thing in the 800m – that’s a bit of a barrier so it feels amazing. It feels awesome to come to a championship and perform at the best of my ability.”

Shelayna Oskan-Clarke, who has had recent hamstring trouble, looked to be struggling 200 metres out but she showed her usual fight all the way down the straight and her fourth place in 2:00.39 gave her a comfortable fastest losers spot.

She led into the straight and produced a strong kick and though she was edged by defending champion Nataliya Pryshchepa’s 2:02.71, her 2:02.73 in second place easily got her into the final.

In the 400m hurdle semi-finals, there were two British qualifiers.

Because of injury, Eilidh Doyle has had a quiet summer thus far but she showed she is coming into form at the right time as she won the first semi easily in 55.16.

Lea Sprunger won the second semi in 55.04. Kirsten McAslan was not able to match her heat form and was seventh in 57.33.

The fastest semi was the last one. Meghan Beesley led for most of it but Anna Ryzkova won in 54.82.

Beesley held on well to run a season’s best of 55.21 to easily bag a fastest loser’s spot.

Also qualifying for the final was Commonwealth high jump silver medallist Morgan Lake who made it through equal first with a perfect record up to 1.90m.

The advertised 1.92m qualifying mark was not needed and even 1.86m made the final but 2.02m jumper this year, second-ranked Eleana Vallortigara, only cleared it second attempt and did not make the final.

Also out was British debutante Nikki Manson who cleared 1.81m but failed her attempts at 1.86m.