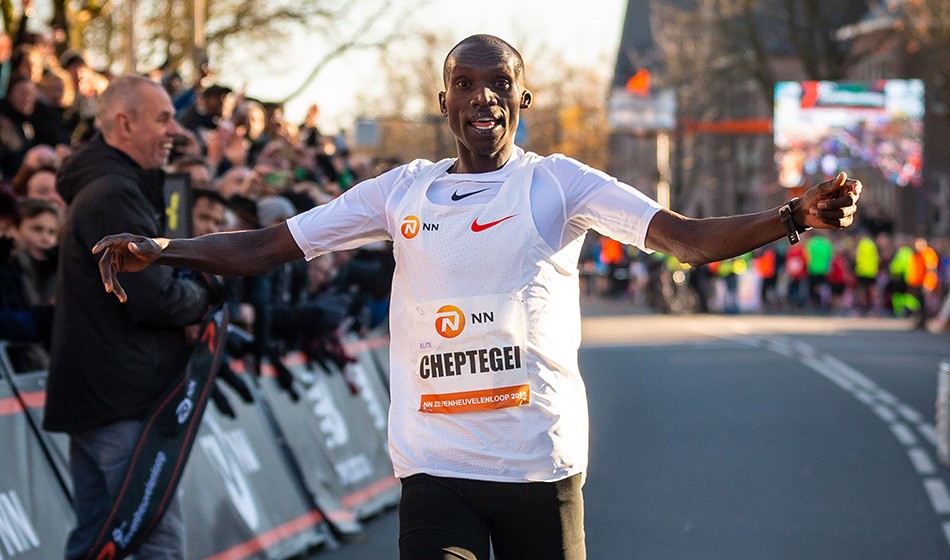 A separate report on British and Irish Masters Cross Country International action in Swansea can be found here, while other highlights from the past week are below.

“After 10km I was above the schedule of the world record so I decided to accelerate at 12km,” said Cheptegei, who saw his pacers drop off early so ran the second part of the race alone.

“The last kilometre was hard but I really enjoyed. I am very proud of my achievement and want to thank the organisation and my team.”

Cheptegei’s compatriot Stella Chesang, who also won 10,000m gold at the Commonwealth Games, won the women’s race in a national record of 47:19.

Kenya’s Evaline Chirchir was second in 47:35 and Susan Krumins of Netherlands was third in 47:41.

In a snowy Wisconsin, Morgan McDonald won the men’s title on his home course while Dani Jones won the women’s title.

Australian McDonald claimed victory ahead of Stanford’s Grant Fisher and Iowa State’s Edwin Kurgat as they all clocked 29:09 for the 10km race.

IN FRONT OF THE HOME CROWD…

Colorado’s Ryan Forsyth was the top British athlete in the men’s race as he clocked 29:21 in 11th, while Stuart McCallum finished 48th and claimed a a team bronze as part of the Portland University squad.

There was an Ethiopian double as Abdiwak Tura won the men’s race in 2:09:20.

In the first marathon he has completed since London in 2016, Kenya’s former world record-holder Dennis Kimetto was 10th in 2:14:55.

Olympic 5000m bronze medallist Hagos Gebrhiwet and Fotyen Tesfay claimed victory in the 10km event in respective times of 28:55 and 33:44.

Running for Hastings AC, Adam Clarke claimed victory in 30:24, while the women’s race was won by Brighton Phoenix’s Beth Kidger in 34:35.

Wales’ Dewi Griffiths ran 14:12 at the Llanelli Coast parkrun to take more than a minute off the course record and move to third on the British all-time parkrun rankings behind Andy Baddeley’s 13:48 and Alex Yee’s 14:05.

» Further coverage and results in the November 22 edition of AW