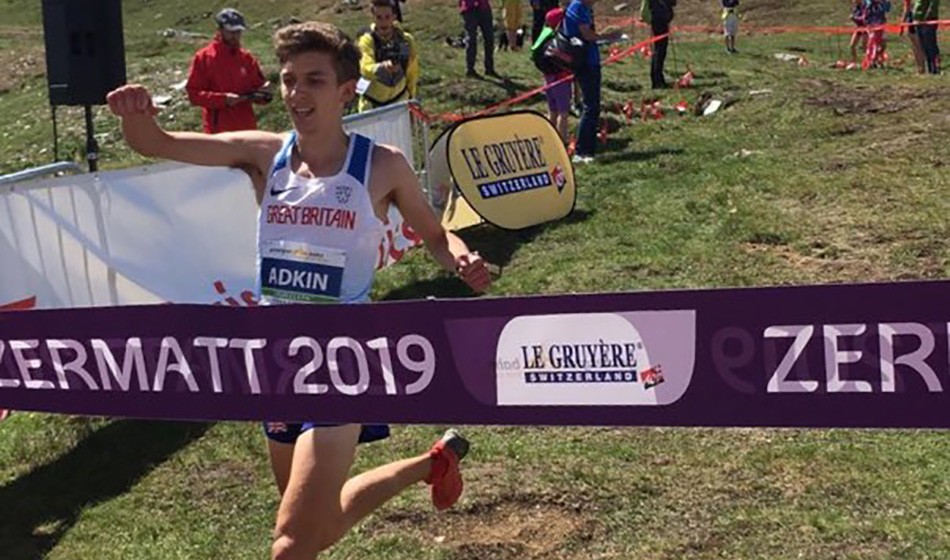 Jacob Adkin made history for Great Britain at the European Mountain Running Championships in Zermatt, Switzerland, on Sunday as he won the nation’s first ever senior men’s gold medal at the event.

"I knew I was running well but I didn't come in with any anticipation of any medal."

On his senior debut, @jacob_adkin won the European Mountain Running Championships title and he also led the Brits to the team title in Zermatt. 🥇🥇 pic.twitter.com/Hzs6MJm2KK

Adkin also led his team to the title, as he was joined in the top 20 by his coach and Commonwealth marathon bronze medallist Robbie Simpson who placed seventh, plus Andrew Douglas, who has won the opening two stages of the World Mountain Running Cup this year, in ninth and Sebastian Batchelor in 18th.

Well that was a bit of a 💩 race, but today belongs to @jacob_adkin , European Champion and lead us to @BritAthletics first ever Senior Mens Team Gold! Will be a proud moment for the Scots representing GB @scotathletics European Mountain Running Champions 2019 pic.twitter.com/Zfb9zr8E3M

There was also cause for double celebration for Britain in the under-20 men’s event as Joseph Dugdale won the individual title and his team-mates Matthew Mackay and Euan Brennan finished fourth and fifth respectively, with Ben Bergstrand 15th to secure the team gold. 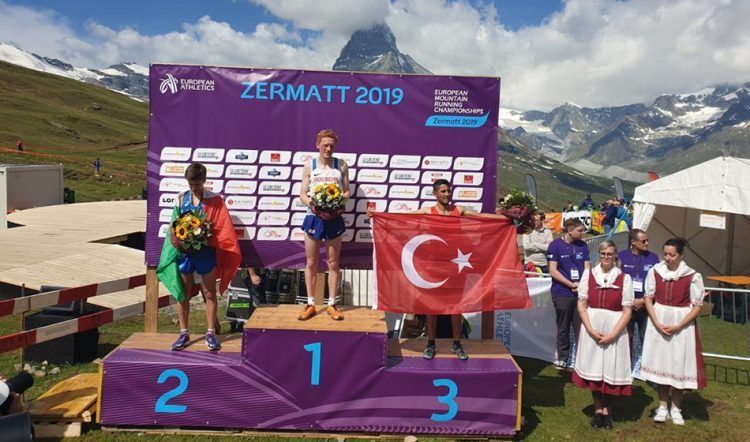 Mathys ran 60:18.1 on home soil to finish a minute ahead of Austria’s three-time winner Andrea Mayr, who has also won the world title six times.

France’s Christel Dewalle was third in 62:48.2, while British trials winner Tunstall, who won individual silver last time this event was staged in its uphill format two years ago, ran 63:33.6 in fourth.

Barbora Havlícková of Czech Republic won the under-20 women’s title as Eve Pannone led the GB team home in sixth.

Italy won the team title ahead of Turkey and Romania, while GB finished fifth as Pannone was joined by Lauren Dickson (12th), Florence Duff (23rd) and Pippa Carcas (26th).