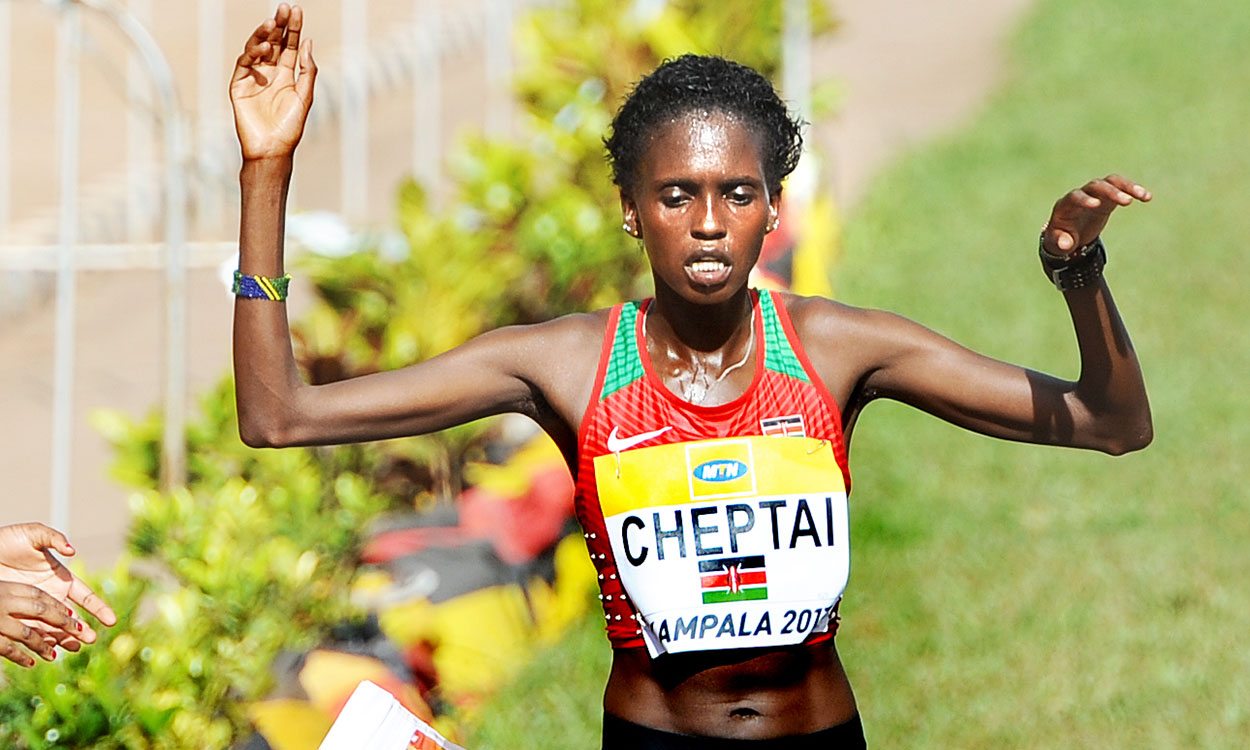 Ethiopia had prevented Kenya from claiming a fifth successive team gold in this event two years ago in China, but Kenya were back on top as Cheptai clocked 31:57 for the approximate 10km race to finish four seconds ahead of Olympic 10,000m fourth-placer Alice Aprot Nawowuna.

The seventh-placed athlete was Kenyan-born, too, with Olympic steeplechase champion Ruth Jebet next over the finish line for Bahrain, one place ahead of Ethiopia’s Belaynesh Oljira.

For the first time both the senior men’s and women’s races were held over the same distance and among those watching in the stands at the Kololo Independence Grounds was Lornah Kiplagat, who won the senior women’s race 10 years ago in Mombasa when the World Cross was last held in Africa.

After starting off with a large lead group in the senior women’s race, the front pack was down to eight athletes by the end of the second of five laps, with all six Kenyans plus Ethiopia’s Senbere Teferi and Jebet present.

A quartet of Kenyans were to the fore one lap later, with Tirop and Jepkemoi dropped. Cheptai, Aprot and Rengeruk were together at the bell before the eventual winner forged ahead to lead Kenya to its first ever senior women’s World Cross clean sweep.

Further down the field, Britain’s Louise Small had been working her way through and moved from 81st after the first lap to 55th at the end of the second and 43rd at the end of the third to eventually place 39th, four places ahead of team-mate Rebecca Murray.

Team captain Claire Duck and Emily Hosker Thornhill also competed for GB and after a delay on their results they were confirmed as 63rd and 90th respectively, with Hosker Thornhill completing the race despite injuring her ankle.

Earlier on, Ethiopia’s Letesenbet Gidey had become just the fourth athlete in the history of the event to retain the women’s under-20 title, enjoying a dominant victory over 6km to finish clear ahead of team-mate Hawi Feysa and Kenya’s Celliphine Chepteek Chespol. 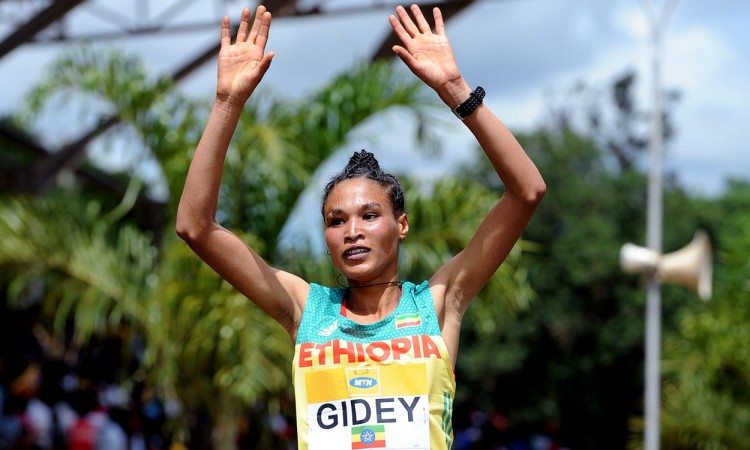 After gaining gold as a 17-year-old in a tight race two years ago, this time Gidey made her winning move on the final 2km loop. Her gap only began to grow and she won by more than 20 seconds.

The 19-year-old now joins Viola Kibiwot, Genzebe Dibaba and Faith Kipyegon as a winner of back-to-back under-20 titles.

All six Kenyans, including Chespol and Hellen Lobun, were in the lead group along with four Ethiopian athletes as the front pack completed the first lap. Lobun, Chespol and Gidey moved away and with less than a kilometre to go it was Gidey who decided to push on ahead.

Steeplechaser Peruth Chemutai led Uganda to team bronze after her seventh place finish, as Ethiopia got the gold and Kenya silver.

Victoria Weir was the top Briton, placing 40th, and she was followed to the finish by Gillian Black in 46th, Anna MacFadyen in 48th, Phoebe Barker in 57th and Cari Hughes in 64th. Amelia Quirk did not finish the race, withdrawing at around the 3km point.

Running in temperatures of around 27°C, it was no surprise to see athletes falling over the line exhausted at the end of the race.

The inaugural mixed relay had got the action underway, with Kenya claiming the gold as Dibaba – who won her junior World Cross titles in 2008 and 2009 – crossed the finish line to secure Ethiopia the silver. 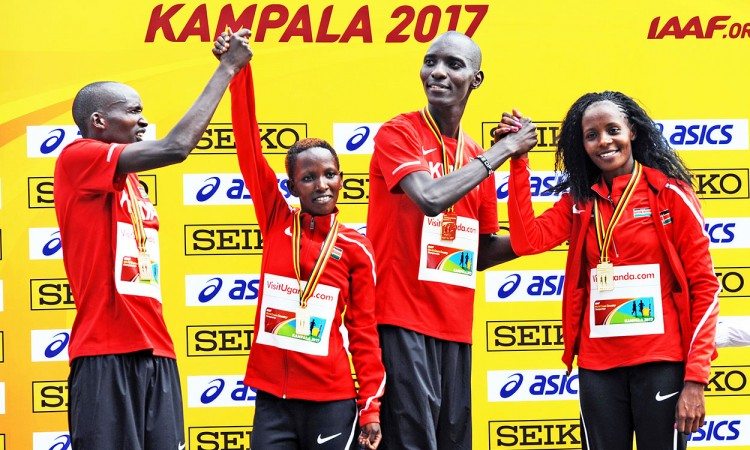 A total of 13 nations contested the relay event, which saw teams comprising two men and two women each running the two-kilometre circuit.

Another world 1500m champion had gained Kenya the lead it never relinquished, with Asbel Kiprop dominating the opening leg. The three-time world and 2008 Olympic gold medallist handed over to Winfred Nzisa Mbithe as Turkey and Ethiopia battled behind her. Turkey lost some ground during leg two and as Bernard Kipkorir Koros took over for Kenya on leg three, Yomif Kejelcha was running in second place for Ethiopia ahead of Turkey’s Ali Kaya.

Dibaba took to the course to run the final leg for Ethiopia and she was chasing Kenya’s Beatrice Chepkoech hard, but her 5:27 leg wasn’t quite enough for her to make up the deficit, which had been more than 10 seconds at the start of the final lap.

Kenya claimed the win over Ethiopia by eight seconds, with Turkey in third another seven seconds behind.

“It will remain in history that we won the first mixed relay,” said Kiprop.