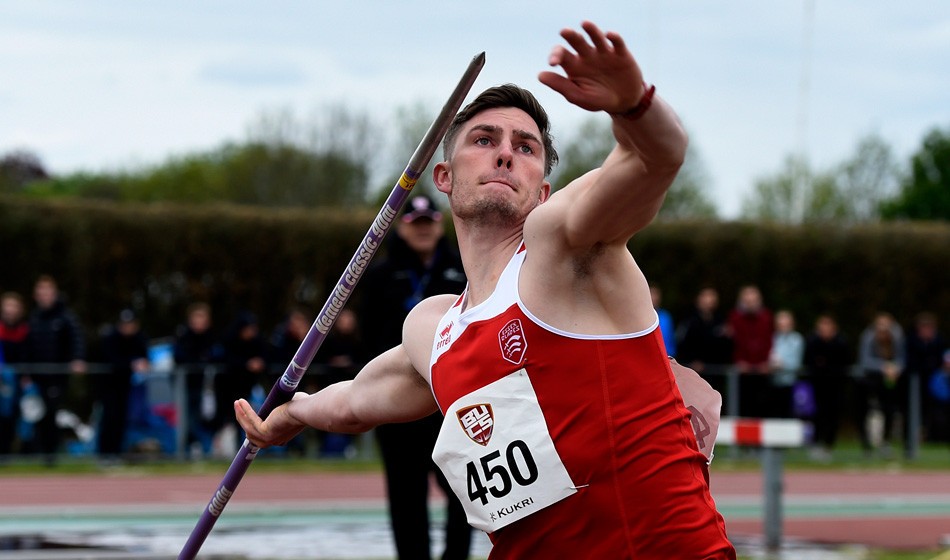 Aimee Pratt smashed the BUCS 2000m steeplechase championship record to to move to third on the British all-time list on an exciting final day of the BUCS Championships in Bedford.

“I would have been disappointed with anything but a win,” Pratt told AW. “I’m targeting the European U23 Championships and hope to medal there. Hopefully I can run under 9:40 for the 3000m steeplechase.” 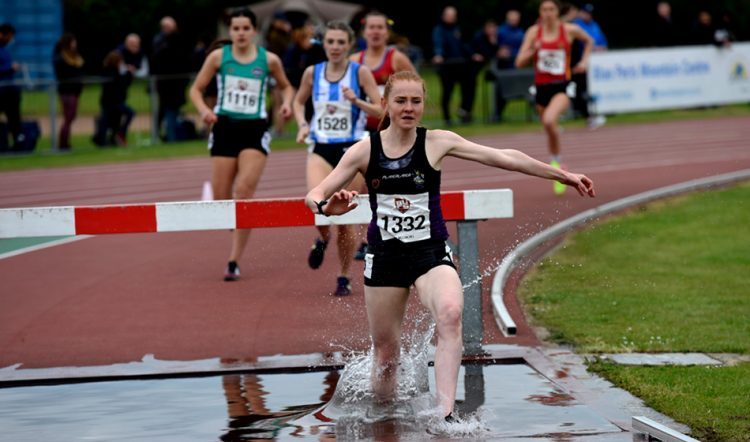 Equally dominant was Harry Hughes in the men’s javelin. Hughes threw a championship record of 78.63m to win by over 16m.

In the women’s pole vault, Tilly Hooper broke the BUCS record with a PB clearance of 4.02m.

Other medals were much more closely contested, notably in both the men’s and women’s 5000m.

“I didn’t expect it after coming third last year,” said Cross. “I was just thinking about trying to complete the set and take the silver today.

“I didn’t know what shape I’d be in. I’ve been at altitude so I haven’t been able to train on the track for four weeks.”

Meanwhile, Khai Riley-La Borde spoke of his “relief” to win a third BUCS gold following wins at last year’s 110m hurdles and at the 60m hurdles at the indoor BUCS championships.

“There’s some very talented youngsters coming up the under-20 ranks but once I got my start right I knew it was game over,” he said.

Botterill said: “I was quietly confident. Training has been going extremely well. My main aim is to win the under-20 European trials and get on that plane.”

While many athletes retained their titles, some were delighted to finally take gold. Tom Horton won the 3000m steeplechase in 9:13.48 ahead of Dan Jarvis with 9:17.48 and Jayme Rossiter with 9:17.56.

“I’ve been wanting to win the gold for ages,” he said. “I won the indoors 3000m two years ago but I got disqualified. That’s been in my head every since. I’m a senior now so I just want to run as close to 8:30 for the 3000m steeplechase as I can.”

A dramatic finish to the women’s 400m hurdles saw Mae Thompson win gold in windy conditions in 61.52 ahead of Emily Craig and Lauren Williams, while the men’s title was won by Alexander Knibbs in 51.19 ahead of Alastair Chalmers with 51.60.

A dramatic finish to the race as Mae Thompson wins 400mH gold in windy conditions in 61.52 ahead of Emily Craig and Lauren Williams #BUCSOutdoors pic.twitter.com/wPO6B9TrMj

Elsewhere, other stand-out track performances from over the weekend included a PB for Jodie Williams as after eight years the 2010 world junior champion clocked 11.17 to improve her 100m best, while she also ran 22.46 (+2.9m/s) for 200m in Texas.

» See the May 9 edition of AW magazine for full BUCS coverage, while a report on the first day of finals can be found here